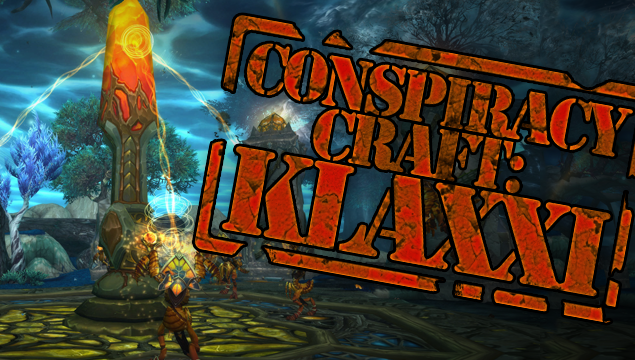 The mantid lay in ruin and all that’s left are the Klaxxi to rebuild! Find out two possible ways they could reclaim their glory!

Perhaps one of my favorite new factions that was introduced in World of Warcraft: Mists of Pandaria was the Klaxxi, the elders of the mantid who managed to avoid being Sha corrupted. Their dailies, well, I didn’t enjoy them. While they were quick, the idea of fighting a constant battle to cleanse the crazed mantid and minimal chores to aid was lackluster. I was far more intrigued by their quests at the end once hitting exalted. Though it was still a lead up to taking on the queen within the Heart of Fear, it showed their past and their potential future.

Grand Empress Shek’zeer and the Sha of Fear are dead, leaving the Klaxxi with nothing left to do but to rebuild and return to their former glory. But what was the mantid’s purpose before the Sha corruption?

Before the Sundering of Azeroth, the mantid had been part of the Old God’s forces along side the Qiraji and Nerubian better known as Aqir–intelligent insectoids from the far west. They worshiped the seven-headed beast known as Y’shaarj who was “destroyed” by the Titans and their constructs, all before the Titans knew of the harsh tie these monsters had to Azeroth. Their masters were then imprisoned leaving them with only their first order of operation, eradicate lifeforms that were not Old God creation.

And that seems to be what the mantid did every hundred years. Much like the 13-year and 17-year periodical cicadas of eastern North America, the swarmborn would hurl themselves against the Serpent Spine wall, taking out the defenders. The wall was built to keep the Old God’s mantid from reaching the Titan’s petri dish while inspiring fear in the Mogu’s enslaved creatures of Pandaria. But the corruption of the Sha of Fear threw the routine out the window. And summoning the Paragons decimated the mantid swarm. And so, the Klaxxi will have to rebuild, but to what end?

If the Old Ones ever return, we mantid will once again stand by their side. The wisest among you will do the same.

The big grand finale! The battle is fought, a loss is remotely felt, but Azeroth hero, you are now being let in a HUGE secret that was glaringly obvious at the start. You’ve fought with and against insectoids before and are probably quite prepared to discover that the mantid are part of the Old God force. But the warning from Kil’ruk the Wind-Reaver still sent chills down my spine. “If the Old Ones ever return, we mantid will once again stand by their side. The wisest among you will do the same.” Opening for two potential futures for the Klaxxi!

I had a crazy theory that was super exciting until Patch 5.3 PTR datamine was dropped. But I’m going to share it with you anyways! This wouldn’t be Conspiracy Craft without at least one crack-brained theory!

Back during Cataclysm, the Twilight cultists had some how learned how to revive the Old Gods’ herald, Soggoth, during the Battle for Darkshore. They had been forced to hasten his revival so were only able to resurrect the Avatar of Soggoth. Naturally, the heroes of Azeroth were able to destroy it before he could grow in strength.

We still don’t know what Garrosh is doing under Orgrimmar in Ragefire Chasm. But we do know that the remaining Twilight’s Hammer are hiding there. It’s possible that they could be under the Warchief’s protection in his bid for power or with the aid of another in the city. They could even be hiding else where in Azeroth and could have journeyed as far as Pandaria, even stowed away in Garrosh’s fleet of ships.

The Nerubian were known for capturing non-Aqir humanoids for study. “Know thy self, know thy enemy.” It was through this means, that these insectoids were able to learn how to master and wield magic. With the Klaxxi at their lowest point and needing to rebuild they could imitate their sister colony.

An unlikely possibility, but certainly a fun idea to toy with! The mantid, left in ruins manage to capture a few survivors from the Twilight’s Hammer. They learn how to revive the Old Gods from these cultists and plot on just how to restore their master, Y’Shaarj, to them. In the process, they discover the other Old Gods have been waking up.

The Most Probable Theory

When the last Emperor, Shaohao, cast off his mortal body and raised the mists to protect his people and his lands from the Great Sundering. It also protected the mantid from the split and possibly being destroyed in the process. But this mist was used to keep outsiders from Pandaria. Perhaps not just physically, but magically as well. This could have kept the Old Gods’ “awakening” whispers from reaching the mantid. And with the mists receding, it now opens up for N’zoth to have his dark whispers reach the shores.

But we know that one Old God is awakening and the Klaxxi are sworn to heed their master’s call. With the mists gone, their former master, Y’Shaarj has awaken from his long slumber. It is a more likely possibility since the soundfile drop in PTR Patch 5.3. And with time and a chance to rebuild, the mantid could be the swarm that blackens the sky for the Old Gods once again. 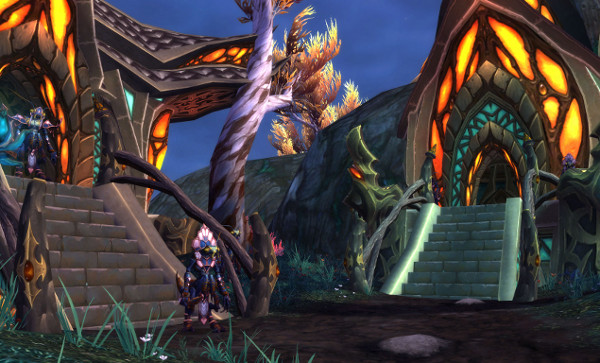