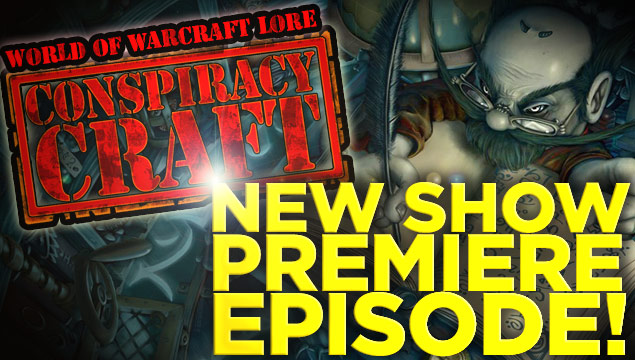 Today’s Conspiracy Craft focuses on just who could be the next Horde Warchief after Garrosh Hellscream in World of Warcraft!

Conspiracy Craft is GAMEBREAKER’s new World of Warcraft show focused on just the story and possible avenues that Blizzard‘s development team could take with it. The big question with the Darkspear Rebellion on the horizon is just who could be the next Horde Warchief? But first, Garrosh Hellscream has a major attitude problem!

He’s gone bad with Mists of Pandaria, almost as bad as his father Grom Hellscream. But a lack of motherly and fatherly affection, plus constant warmongering as he grew up has largely impacted this brown-skinned orc. Not to mention he’s now taking counsel from the wrong sort of orcs, Malkorok of the Blackrock clan who had formerly sworn his honor to Rend Blackhand in Blackrock Spire.

His need to be the hero his father once was might be the driving force behind his action, but it certainly doesn’t excuse them. He places his people, the orcs, above all the other races within the Horde. He has even gone so far as placing the trolls under martial law, which has sparked a rebellion and the need to overthrow him.

Deposing of Garrosh will leave a huge power vacuum that will need to be filled up. The Horde will need a leader who will listen to them and not see them as simply an expendable weapon. Who should be the next Warchief? Warning, incoming spoilers about Patch 5.3!

Am I on the right track with who the next Warchief could be? We couldn’t cover all the the Horde leaders, but who do you think should claim the title? Send your questions in to submit@gamebreaker.tv for the next Conspiracy Craft!