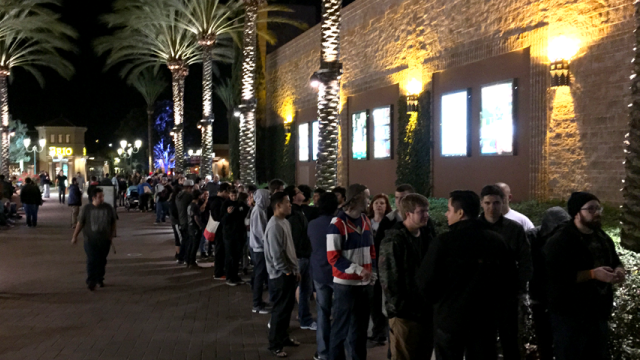 Pre-orders, giveaways, and developer signings at the Warlords of Draenor Irvine Event!

The chill of the early morning air as a small crowd of World of Warcraft fans mingle outside of the Irvine Spectrum Center’s GameStop. Fans had already attempted to create an orderly line a day or two prior, but local authorities had asked them to not loiter outside of the storefront.

As the time approached for GameStop to open, the crowd drifted in. There was no squabbling, no shoving as conversations cruised towards the front of the store 30 minutes before GameStop would open.

Once inside the store, the real line began. It was split between three registers with more on standby as GameStop employees clocked in. Fans were able to pre-order World of Warcraft: Warlords of Draenor Collector’s Editions and Standard Editions alike, while supplies lasted, and received a wristband based on order of purchase.

Keep On, Keep On

All throughout the day, fans were able to hop into the line to get their games for the midnight release. As 10pm PST rolled around, Blizzard Entertainment employees began to meander in and start to set-up the outdoor area for signing. Fans who were mingling outside of GameStop were asked to form an orderly line to one side of the Spectrum Center.

Chairs, tables, and silver sharpies lined the walkway in front of GameStop. Developers took candid photos in awe of their fans enthusiasm for the next expansion as they worked their way through the crowd gathered for the raffle giveaway. 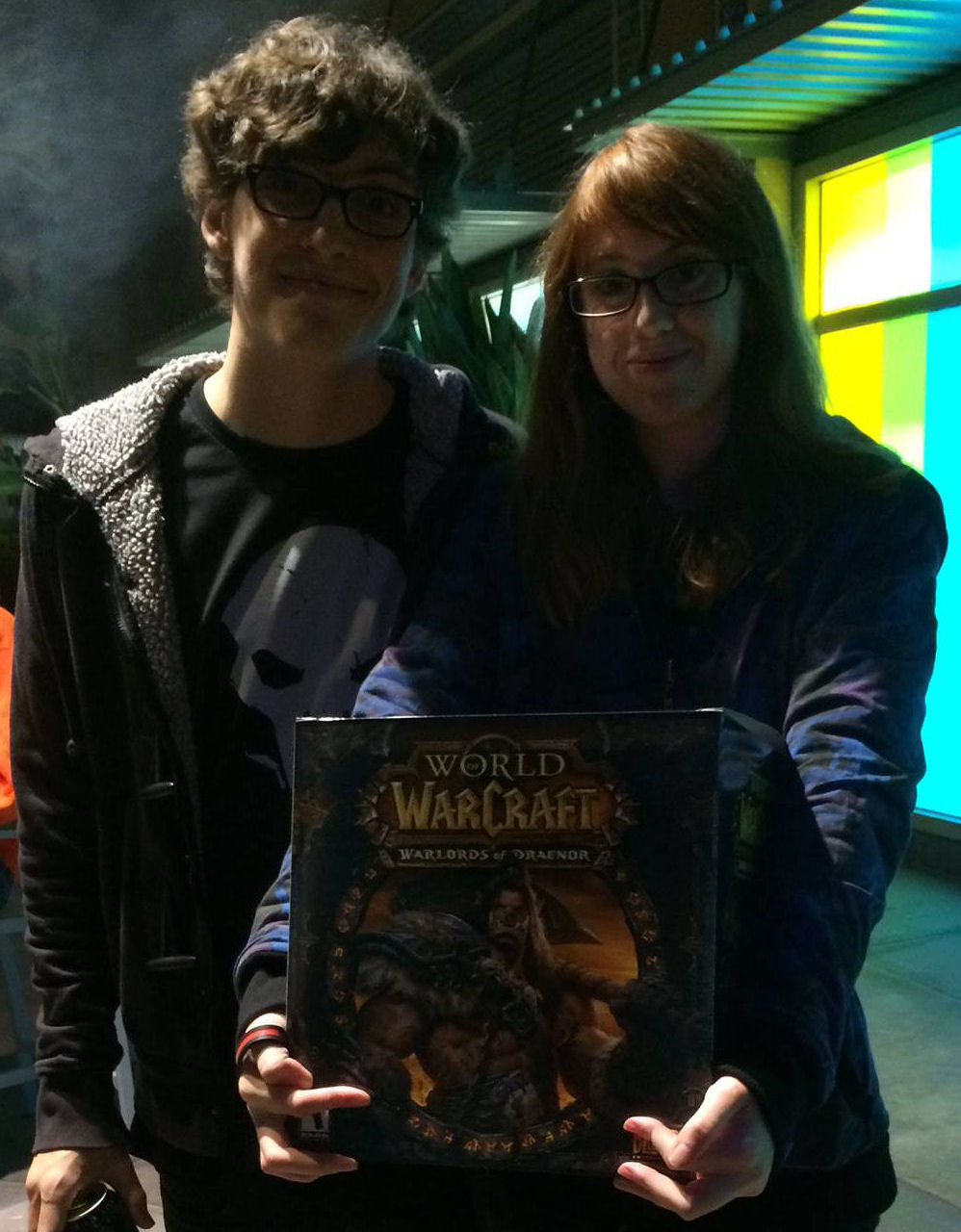 Aside from getting wristbands for the Warlords pickup, attendees also got one raffle ticket. Towards the front of the scene, a Blizzard employee shouted out numbers on a microphone to giveaway Warlords of Draenor cut-outs and box advertisements.

The perfect alternative for those who didn’t wish to have their game boxes signed. Some of those who won the cut-outs were even lucky enough to still have them carefully wrapped for easy travel.

As the servers went live for everyone at home, players at the Irvine Spectrum Center counted down like ringing in the New Year. At last, wristband numbers were called and the early risers moved forward to collect their goods.

The clear sleeves were off in a flash and advertisements removed from the back of the Collector’s Editions. Over 100 developers were split in half, one group on the left and the other on the right. Attendees could only pick one side since so many had turned out for the event.

Soon both sides of boxes were filled with silver scribbles as artists, battle.net employees, cinematics writers, lore masters, designers, and more signed their autographs for fans. The Warcraft developers asked questions about faction choices and excitement for Warlords while players thanked them for their time and efforts.

Though the release wasn’t to the epic scale of the World of Warcraft: Mists of Pandaria, it was back to the roots for Blizzard Entertainment public signings from earlier releases. Certainly a playing to theme for World of Warcraft as players face off against an old enemy in Warlords of Draenor.