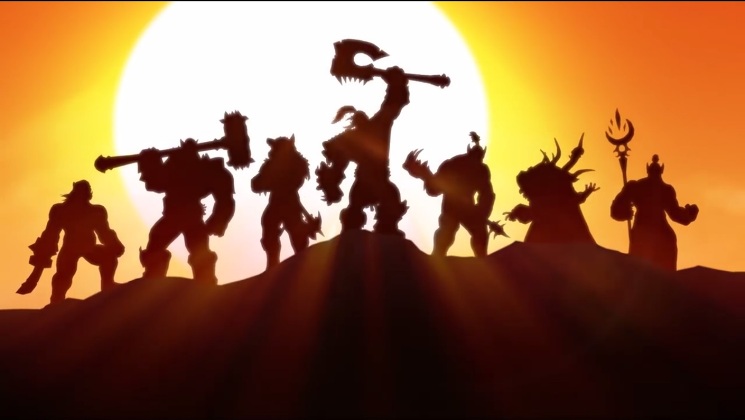 My top 5 hopes for Warlords of Draenor.

As another expansion comes to an end players of World of Warcraft turn away from the setting sun of Mists of Pandaria and look to the new rising one in Warlords of Draenor. Several exciting changes are in store for the next expansion, but of course that doesn’t mean I don’t have a few other things I’d like to see.

Remember when you picked up mining and periodically a gem would appear with whatever ore you were gathering? That disappeared in Mists of Pandaria. The only way to get gems was if you were a jewelcrafter and prospected. And that was a LOT of prospecting. Hopefully, it makes a return for those of us who aren’t jewelcrafters even if it’s just as a little added bonus.

Earning reputation has been all over the place. In Cataclysm, all you had to do was equip a tabard, hop in a few dungeons, and you were exalted. In Mists of Pandaria, there were no tabards to help you earn reputation faster. Dailies were the only way to earn it, and one reputation had to be earned before earning others. None of this was fixed until later content patches and even the Commendations were “frowned-upon” as a fix. Hopefully, the development team can find the sweet spot between Cataclysm and Pandaria‘s reputation grinds because it needs a serious re-work. Perhaps some sort of cap while wearing the tabard might help.

Mists of Pandaria’s in-game has been an improvement over that of Cataclysm, but it still required you to cut out some of your time to read, hear, and watch it. And while Lorewalker Cho was an excellent addition I can’t help but think that I could have spent those minimal minutes just hearing him while I work on something else. Currently, Blizzard Entertainment’s other franchise Diablo has does an excellent job at in-game storytelling by allowing continue what you are doing while listening to dialog or lore related material rather than having to stop and read it.

Several people will argue with me about this one, but having Garrisons either server or account bound would spare the altaholics their sanity. Binding these to either all of a player’s characters on one server or even to their account  would negate the the need to try to cultivate more materials across several different garrisons. Then it wouldn’t matter what character you were on, you could go to your garrison and tend your farm, check your mine, etc.

It’s been a log time since I’ve felt epic in a game. The last time I felt powerful in Warcraft was during Wrath of the Lich King on my Holy Paladin in Icecrown Citadel. Maybe it’s because I was predictive healing with .3-13 FPS (frames per second) and after 3 years of working with that, I’m just too fast with healing. Or, my inability to find a guild I liked to complete raid content at my standards… Either way, my Holy Paladin has healed better days. What I do know is that, as a healer, I enjoyed that feeling of holding my party’s life in my hands. Though the raid content will be the deciding factor on what feels epic in Warlords of Draenor, it will ultimately be up to me as a player to get it back.