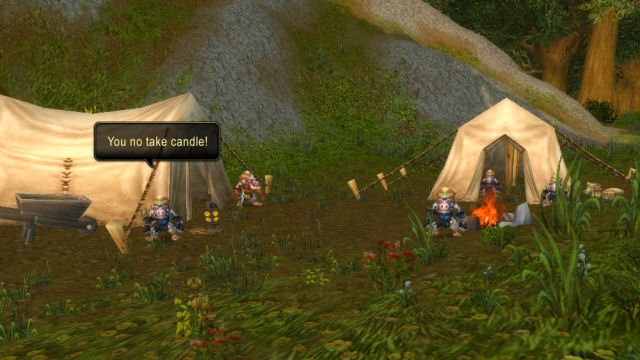 The internet has been ablaze with indignation about yesterday’s gamescom World of Warcraft: Legion Q&A panel. It couldn’t even be counted as a Q&A since most of the broadcast focused on recapping on the other events that happened during the convention with a few questions thrown in-between in a poorly scripted segway.

Lead Game Designer Ion “Watcher” Hazzikostas was quick to make individual apologies on Twitter about the incorrect promotion. It seems that the panel was suppose to be more of a moderated chat than give any form of information dump. Sadly, many were expecting more since it had been labeled as a Q&A earlier in the week.

Community Manager Josh “Lore” Allen went on to say that they had learned from their mistake of too much information from Warlords of Draenor.

The info will come, we just want to limit the risk of going back on what we share as much as possible.

Perhaps that’s why Warcraft players are so starved for information. Warlords of Draenor was shaping up to be an amazing expansion. What many had experienced during beta caused hope and excitement to face off against the Iron Horde. But some time between beta and launch, a lot of ideas were left on the cutting room floor.

And if there is one thing that will be held against the company it is undelivered goods. Blizzard Entertainment had almost a full year to discuss and hype Warlords of Draenor so it’s extremely disheartening to see how much from that year proved too difficult to implement. Because of this mistake, fans are waiting with hesitation on what will be in store for Legion.