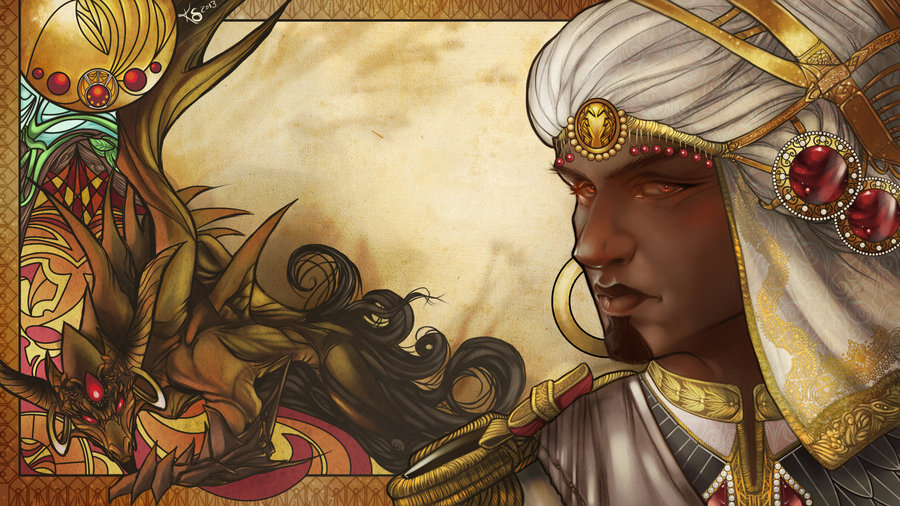 Karazhan in World of Warcraft has been quite the anomaly, but has attracted more attention with some PTR changes. These changes made it intriguing enough for it’s own Conspiracy Craft.

Located in the middle of the Eastern Kingdoms and Azeroth is Deadwind Pass. This winding ravine runs between Duskwood and the Swamp of Sorrow, feeling dark and foreboding for travelers. It was created after a magical arcane explosion shattered the region and caused a weakness to the fabric of reality.

In the very center of the magically made crater is the mysterious edifice, Karazhan. It was strategically placed on top of a nexus of ley lines, a network of magic energy, to focus the allurement in a focal point. Currently, no one knows who built the construct. But eventually, Medivh claimed it for himself–arrogantly saying it was always meant for him.

.@Arakkoa @yuvalaziza The origins of Karazhan is a story idea already passed along. This is a story that needs to be told, me thinks. :) 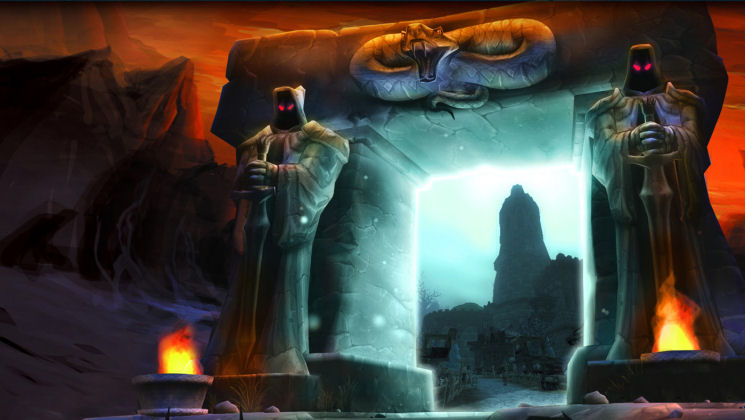 It was at Karazhan that Medivh first contacted the Gul’dan of Draenor in his mad thirst for power (under the unknown urging of Sargeras). It was where he burned the Blue Dragon, Arcanagos, from within and where he slowly went insane and was ultimately killed by his friends.

At his demise a curse was laid upon the building which leaked to the surrounding lands. It was after the Second War that the adjacent region, Duskwood, sought out the source of the evil that was plaguing their people. Unaccountable strange creatures called the Dark Riders (or Black Riders) of Deadwind Pass were seen hunting magical artifacts and spreading their corruption. Many unfortunate souls were sent to investigate within the dark tower and were lost, trapping their very souls there.

But the power of the place was eventually drained by Medivh’s mother, Aegwynn, as she attempted to resurrect him–nearly killing herself in the process. As the Prophet emerged and the visions subsided, though the curse seemed to remain. Over time, a new power grew within Karazhan that required players’ attention.

With Karazhan already carrying a slight demonic taint from Sargeras lurking within the Last Guardian, it was only natural another would appear to take up residence. Why Prince Malchezaar arrived there has been left unanswered, yet his defeat has caused the place to be silent once more.

It was surprising when dataminers began unearthing slight changes to Karazhan. The change had been labeled as “Karazhan Restoration” (later changed to “Medivh’s Big Birthday Bash”). Magical house elves (wrong fandom) appeared to have been hard at work cleaning up cobwebs and removing whimsically placed skeletons.

Why would the development team work on restoring Karazhan to a cleaner state? Perhaps a Chinese version of Karazhan had accidentally been connected to the PTR. Accidents have been known to happen before (See:Stromgarde file). Or, perhaps it was a joke to pull on dataminers.

But take a step back here. This is Conspiracy Craft after all, so the question remains why would Karazhan get a long overdue clean-up or even jokingly be renamed? It couldn’t have anything to do with the far-fetched Conspiracy Craft about Wrathion and Medivh, could it?

Karazhan has been left unoccupied since The Burning Crusade, nothing has been stirring, not even a mouse. And there is still potential in the old place because of its new power allure. The Black Prince couldn’t possibly resist following in the very footsteps of his fellow “prophet”. And when you think about the words spoken by Prince Malchezaar, you can’t help but wonder if the visions are easier to control instead of having simply burned out.

All realities, all dimensions are open to me!

Since Wrathion wasn’t pleased with how his agenda concluded in Mists of Pandaria, he could pursue a way to see all outcomes of his future plans. The young Black Dragon might dabble in the way of the Bronze Flight to unfold how he wishes — having learned that dabbling in the past lead to the Infinite Flight’s ruination. 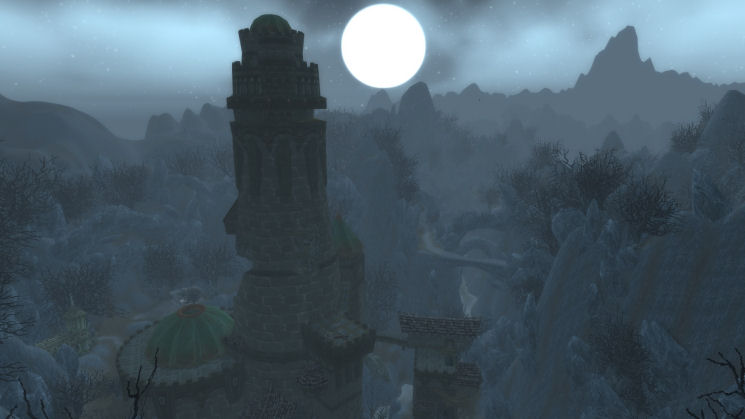 We know that we might not see Wrathion in the upcoming expansion. He certainly won’t be giving out Legendaries as freely. But does that mean Karazhan could make an appearance in Warlords of Draenor?

To put it bluntly, no, we would not venture into Karazhan in Warlords. Players will be traveling back to an alternate timeline that is attached to the true line. That means that returning through the portal will bring players back to “present” day. It would be extremely difficult to try to draw a connection between the two even though they had such a strong connection in history.

And that is the keyword: had. The point of influence by Medivh with Gul’dan has passed. He may still be on the lookout for an army to wipe out Azeroth to ascend to his true power, yet that was more of a desire for Sargeras. A demonic influence to infiltrate a world he cannot tread in his true form or his Legion could enter easily. The Iron Horde wouldn’t be something he could control.

But a portal would still need to be created for them to pass through. Equipped with the knowledge of the future, consorting with a human, and a demon possessed human at that, would be out of the question for Garrosh Hellscream. Thus still leaving the influence of Karazhan out of the equation.

The only way for Karazhan to be connected is under the influence of a Bronze Dragon and venturing to the past-present with Medivh still alive. It would mean a dungeon preservation run similar to Opening the Dark Portal, theCulling of Stratholme, and other Caverns of Time dungeons against the Infinite Flight. One that would in fact affect our true timeline.

Other than that, Karazhan would not be available in Warlords for players to adventure in once again. And if so, only minutely with it being under the new care of Wrathion and his Ravenholdt thugs. Yet the file was given a second name: Medivh’s Birthday Bash.

World of Warcraft will be approaching its tenth anniversary in 2014. It’s possible a huge event celebration could be in order for players to participate in for the milestone. And who better to honor that than the Last Guardian (because no one wants Med’an and he’s stuck in disconnected Outlands in Warlords).

A party for the tenth anniversary of Warcraft does make the most logical sense, but again, this is Conspiracy Craft! Do you think there will be a huge party in Karazhan, new ownership, or “Infinite” tampering?