Conspiracy Craft: What Role Will The Blackrock Clan Play In Warlords Of Draenor? 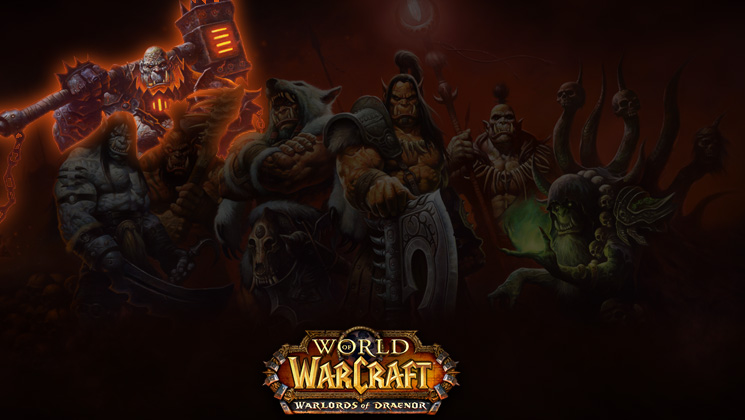 The Horde is comprised of many different clans of Orcs, each unique in their way of life. These individual clans were not always unified and filled with the bloodlust. Before the manipulation of Kil’jaeden, the Orcs were independent and only came together twice a year to honor the equinox of Draenor called the Kosh’harg. The clans were vastly different from each other with various cultures, dress, dialects, etc. so interacting with one another outside of the biannual event was unprecedented (until Orgrim and Durotan). This meant that friendships and even marriages were within the clan itself.

The Blackrock is among the most renowned of the seven clans of the Horde. It has produced several well-known historical figures and is known for its leadership during the First and Second War. Led by their Chieftain Blackhand, the Blackrock clan is bound by pride in themselves.

They are not among the most spiritual of Orcs, but are one of the more level-headed clans. They are respected by all for their legendary hunting and innovative skills. The Blackrock make use of their territory, Gorgrond, to advance the war effort.

Gorgrond is better known as Blade’s Edge Mountains to players. This once was a lush oasis that has since been stripped bare from the industrial development of the Blackrock clan. Steam continues to boil up and blast through massive vents from beneath the earth. 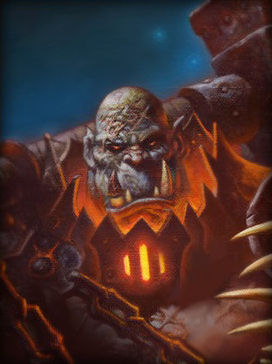 The Blackrock is a very familiar clan for most players because of who has been a part of it. Heroes have emerged from under the mountain banner such as Varok Saurfang and Dranosh Saurfang, and it all started with Blackhand.

He is one of the more seasoned chieftains, but not quite as old as Kilrogg of the Bleeding Hollow. How Blackhand became chieftain of the Blackrock is unknown. The norm among the other Orc clans seems to have been through bloodline, so it is possible that he gained the title from his father.

Most of the Orcs see his burly size and presume him to be dull-witted and quick to anger. He is in-fact one of the more quick-tempered of the Blackrocks and has a sharp mind that he keeps hidden. He often allows the others to treat him based on their first judgement.

Blackrock’s brilliant mind makes him a skilled tactician against the Gronn and Ogres. He utilizes his strongest men, but that’s because he only allows for the strong to survive. He believes that a clan is only as strong as its weakest member and so has zero tolerance for weakness.

The Blackrock have been prominent figures throughout Orc history, reminding other clans that strength was what sustained them. When the ancestors proclaimed a war against the Draenei, they were chosen to be the first to lead an attack against a small party due to a respect from the other clans for their hunting skills.

Their Chieftain, Blackhand, rose in power and was appointed as Warchief of the Horde when Gul’dan took the place of his master, Ner’zhul. However, he was merely a puppet for Gul’dan and his Shadow Council (while he thought he was a true member) in their desire for power.

The Blackrock shaman were the first to learn to be warlocks when the elements refused to answer them. They even experimented on their own children (Blackhand’s children, Rend, Maim, and Griselda, were included) in the accelerated growth and aging process with the fel magic to increase the army’s size. With enough warriors, they joined with the Frostwolf clan as they massacred Telmor City.

But their numbers still weren’t enough to completely wipe out the entire Draenei race. They would need further allies and so the clan sought out their enemy, the Ogres, and freed them from the Gronn. Although Blackhand objected to the idea at first, he knew that their brute strength would help them mobilize and become siege weapons for the next major conquest, the Temple of Karabor.

Blackhand also realized that having all the other clans spread out, far from one another in their respective territories delayed the army from mustering quickly. He saw that they needed one centralized location to gather before pressing the advance against the Draenei. The Citadel was then constructed by the Blackrock and all clans were ordered to make it their new home.

With the Temple of Karabor and Shattrath City seized, and the remainder of the Draenei in hiding, there was nothing left to fuel the raging bloodlust of the Orcs until the Dark Portal was constructed. Blackhand led a portion of the Orc army through to Azeroth while a small company was reserved on Draenor.

Once on Azeroth, Warchief Blackhand launched the full might of the Horde against Stormwind City in the First War. Eventually, Stormwind Keep was breached, but a pivotal change in leadership happened at the most opportune moment. 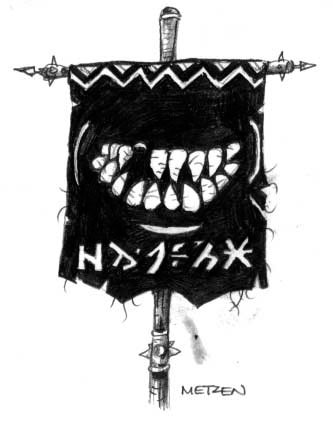 Seizing a weak point in the Shadow Council’s control, Orgrim Doomhammer assassinated his chieftain and warchief of the Horde in an attempt to reclaim honor for the Orcs just as the citizens of Stormwind were forced to flee to Lordaeron. Under this new leadership, the Blackrock clan splintered. Those who followed the prideful ideals of Blackhand rallied under the banner of the Black Tooth Grin and were led by the deposed chieftain’s sons, Maim and Rend.

Orgrim the Backstabber was aware of the corrupting influence of the Shadow Council and soon after the fall of Stormwind, ordered the execution of several known members. However, he couldn’t slay Gul’dan since the Horde forces were still in need of the warlocks under his command. He was still distrustful of them, but allowed them to remain alive which would prove to be a mistake.

The war efforts then began to push north, taking over the Dwarvish territory Khaz Modan before crossing into Lordaeron and beginning the Second War. Since the Orcs were unfamiliar with the lands of Azeroth, Orgrim negotiated with the forest troll leader, Zul’jin, to join and fight with the Horde.

Victory was almost at hand for the Horde, but as the army was laying siege to the city of Lordaeron, Gul’dan and his followers betrayed their Warchief and fled from the battlefield. Forced to deal with the traitors, Orgrim Doomhammer had no choice but to split his forces further by going after the Stormreaver and Twilight Hammer clans to reclaim the last of the Orc’s honor. The Alliance of Lordaeron acted on the weakness of the Horde and were able to defend the capital and scatter their enemies.

Though the traitors would no longer sap the strength of the Horde, the Second War was lost. What was left of the army fled to the Blackrock Spire to make one last stand. Orgrim Doomhammer identified and took on the Alliance commander, Anduin Lothar, in single combat. He proved to be the stronger of the two by besting the champion, but Turalyon took up the shattered sword against the Orc Warchief. He quickly struck Orgrim unconscious thus breaking the morale of the Horde.

Leaderless, Rend and Maim quickly reclaimed their birthright as chieftain of the Blackrock clan, dissolving the Black Tooth Grin. They did not escape back through the Dark Portal before it was torn down. Nor did they lend aid once it was reopened in the search of powerful artifacts.

Those of the Blackrock who surrendered were eventually freed from the internment camps by Orgrim Doomhammer and Thrall. They joined the new Horde and had very little interaction with their cousins who resided in Blackrock Depths.

That faction of Blackrocks was eventually attacked by the Dark Iron Dwarves, killing Maim in glorious battle. Rend refused to acknowledge Thrall as Warchief and with his allies in the Blackflight formed his own faction of the Dark Horde. (Rend Blackhand was eventually killed by adventurers and the leadership of the Dark Horde and the clan fell to someone currently unknown.) When Garrosh Hellscream was appointed as Warchief during the Cataclysm, he reached out once more to the Blackrocks under the mountain and granted them amnesty.

The majority of the Blackrock became the elite Kor’kron, including Malkorok, who protected Garrosh Hellscream personally. They were his own personal army he ordered to shape the Horde into his image. Most of the Blackrock Depths were either killed or put to trial after the Siege of Orgrimmar.

Warlords of Draenor will present a clean slate for the Blackrock clan and their Chieftain Blackhand once Garrosh Hellscream alters the history of Orcs. The clan will show their true nature without the controlling influence of Gul’dan and the Burning Legion.

There is no doubt that the Blackrocks will join with the Iron Horde in the upcoming expansion. And with their ideal location in Gorgrond, they will utilize the steam vents to quickly arm the forces in steel. They will be in charge of creating the different weaponry from hand-held-items and armor to massive siege weapons. They will take the technology that Garrosh has brought to them to advance beyond what they were as allies of the Kil’jaeden.

Even Orgrim Doomhammer will be found with his people and behind his chieftain in the decision to join with Garrosh. Though he was against the fel-corruption in the known history, he will remain loyal with the Iron Horde unless history repeats itself in their new future.

Will history repeat itself and cause the Blackrock clan to fracture? Will Orgrim fulfill his destiny in Warlords of Draenor?