Conspiracy Craft: What Role Will The Shattered Hand Play In Warlords Of Draenor? 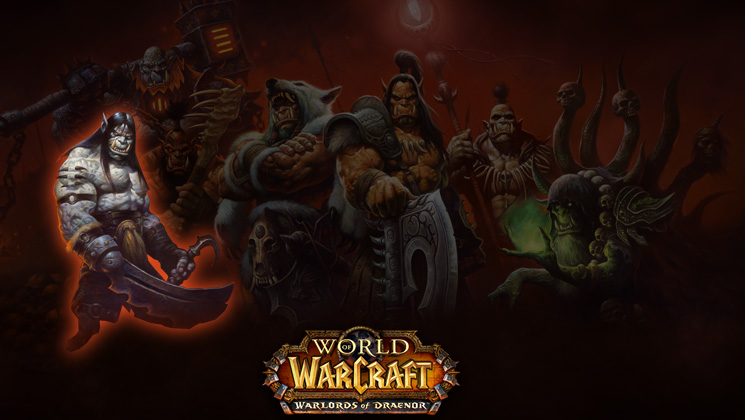 The Horde is comprised of many different clans of Orcs, unique in their way of life. These individual clans were not always unified and filled with the bloodlust. Before the manipulation of Kil’jaeden, the Orcs were independent and only came together twice a year to honor the equinox of Draenor called the Kosh’harg. The clans were vastly different from each other with various cultures, dress, dialects, etc. and so interacting with one another outside of the biannual event was unprecedented (until Orgrim and Durotan). This meant that friendships and even marriages were within the clan itself.

Coalition of the Shattered Hand

The Shattered Hand is one of the seven clans and part of the all-star team that players might remember from the Warcraft RTS. They are one of the more grisly clans (alongside the Bleeding Hollow clan) led by Kargath Bladefist who has a scythe for a hand. Warlords of Draenor will bring to light the savage lives the Orcs truly lead.

The Shattered Hand clan aren’t like other Orc clans. Members of different Orc clans had been abducted and kept as mining slaves and gladiators by the Ogres. It’s possible that the majority of the slaves came from defeated hunting parties (before the Orcs began to openly hunt Ogres and their masters). We learned at BlizzCon 2013 that they were able to free themselves under Kargath’s urging. The enslaved Orcs cut their bonds by severing their own hand and took up the name of “Shattered Hand” signifying this defying act. The members then dropped any former connection after emerging from the mines.

Currently, there is no precise time when the mining slaves rebelled. The Shattered Hand is joined by the joy of self inflicted pain and causing it towards others. And they have found a new home that reflects the harshness that is part of their reputation in the Spires of Arak.

The Spires of Arak is a treacherous place to call home. At ground level, the land is covered by trees and swamps and is only broken up by steep, unscalable spires. These spires are the perfect perch for the Arakkoa to watch their territory and swoop upon “lesser races” to use as sacrifices. It is a hostile environment for the Shattered Hand to prove themselves especially towards their chieftain. 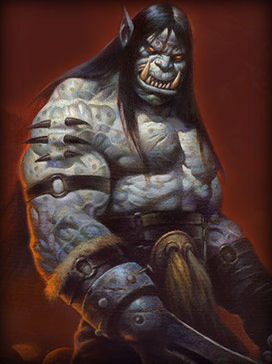 Ogres didn’t discriminate about who they forced into slavery. The Chieftain of the Shattered Hand, Kargath, was counted among them. Which clan he came from is still up for debate based on his pale grayish skin tone on account of his pre-corruption cover art–either Blackrock or even Dragonmaw. But he inevitably became one of the many slaves working the mines.

And with the constant labor in the mines and a willful nature, Kargath was the most confrontational slave during his imprisonment. According to Chris Metzen at BlizzCon 2013, he managed to take one of the guards by surprise and strangled the Ogre with his shackles. He used the discarded weapon of the dead guard and cut off his own hand, fighting his way out and rallying the other laborers.

This information has since changed with the release of the Lords of War. Too willful to remain in the mines, Kargath volunteered to become part of the entertainment for the Ogres as a gladiator. One hundred Orcs faced one another in the pit, until only one stood victorious. Only freedom wasn’t gained with this achievement and he was locked with the previous winners before him.

Refusing to accept his imprisonment, the pale Orc found a sharp rock barely within arm’s reach and sliced off his own hand like that of a trapped animal. He rallied the other champions to follow his lead and rebelled against their very masters.

Kargath replaced the missing appendage with a crude blade–thus taking up the name “Bladefist”. He isn’t like the other Orcs on Draenor since he knows the hardship of the whip and embraces ruthlessness and fear in others. It is his intelligence and strength that has raised him to the high rank of chieftain. Be wary of ever betraying him for he will take the price from your flesh.

The Rise of the Horde

The Shattered Hand have always had the reputation of being brutal warriors who play dirty as a result of trying to emulate their leader. They were often given a wide berth during the Kosh’harg gatherings because of their improvised prosthetics, but they were more accepted once the Orcish clans were brought together under the name of the Horde.

The clan, already finding enjoyment from mutilation, grew more savage and it increased after the feeding on Mannoroth’s blood. At some point, Kargath Bladefist was appointed a member of the Shadow Council, who secretly controlled the will of the Horde, even though he was not a former-shaman-turned-warlock.

It might have been because of his lack of magic that Kargath and the majority of his clan were asked to remain behind along with a few other clans (Warsong to name one) to protect the homefront on Draenor. Perhaps the Shattered Hand clan seemed beyond Gul’dan’s control. Either way, they were left behind as the majority of the Horde led by Warchief Blackhand passed through the Dark Portal into Azeroth.

The warfront wasn’t the quick and easy victory the Orcs had anticipated. When Gul’dan revealed his true self and his desire for power, the war between Orcs and Humans was over. Few escaped back through the Dark Portal to report on the failure before the link between the two worlds was severed.

Draenor was dying from the ill-use of fel magic and their one way ticket was cancelled. Unable to suppress the raging bloodlust in their veins and a lack of a strong leader, the unification between the clans withered and they began to clash against one another. The Shattered Hand used it as a way to keep their skills sharp for the possibility of a new conflict.

Ner’zhul stepped up once more as leader for the remaining Horde members on Draenor. The plan was to collect select artifacts to help open multiple portals off their home planet and start anew elsewhere. The Dark Portal was reopened and Grommash Hellscream led a raid to divert attention away from the infiltration party.

When all the items were retrieved and the Alliance began to push through to Draenor, Kargath and his clan were left at Hellfire Citadel. The old shaman requested further distraction while he and a few others traveled to the Black Temple to begin the portal process.

Eventually, Kargath saw that he and his men were left to die and they retreated to Nagrand in search of more warriors. His request was denied. After realizing how few soldiers remained, he abandoned reclaiming Hellfire Citadel, vowing to retake it once he was stronger.

That strength was found in the coming of Magtheridon, who was overthrown and imprisoned by Illidan Stormrage. By serving the former demon hunter, the Shattered Hand were granted the blood of the pit lord thus turning them into the Fel Orcs of The Burning Crusade. Kargath then declared himself Warchief of the Fel Horde and was later killed by adventurers in the Shattered Halls in Hellfire Citadel.

What remains of the Shattered Hand in the new Horde are the few who came to Azeroth during the Second War. They became the core of the assassins guild, serving their Warchief by training new rogues. But like most rogues, their loyalty is unknown.

Let’s Do the Time Warp

All of what we know will not have happened once Garrosh Hellscream travels back in time to a Draenor before the corruption. Instead of siding with Gul’dan and being twisted by demonic influence, the Shattered Hand clan will join with the Iron Horde. Garrosh will certainly remember being denied any information about his father back when Chieftain Kargath came seeking more warriors in Nagrand–not to mention the stories he idolized of the glory of the Horde.

They will be part of the main body of the army with their sheer brute strength. With their prosthetic weaponry and the new technology, the Shattered Hand may be able to attach more than just wicked blades.

Without the controlling, and sometimes debilitating, bloodlust to influence, and the technological advance brought from the true timeline, the Shattered Hand will be creatively savage. Since they have experienced the wickedness of the lash themselves, they might become the slave drivers over the non-Orcs, such as the Gronn and Ogres, for the Iron Horde.

Aside from being the overseers, the Shattered Hand clan members bring the element of surprise. If their descendants in the new Horde are versed in the way of the stealth, the Warlords ancestors should be as well.

Warlords of Draenor will certainly bring a new perspective of Orc clans. What roles do you feel the Shattered Hand clan will play in the next expansion?