How to Prepare for World of Warcraft Patch 6.2: Fury of Hellfire 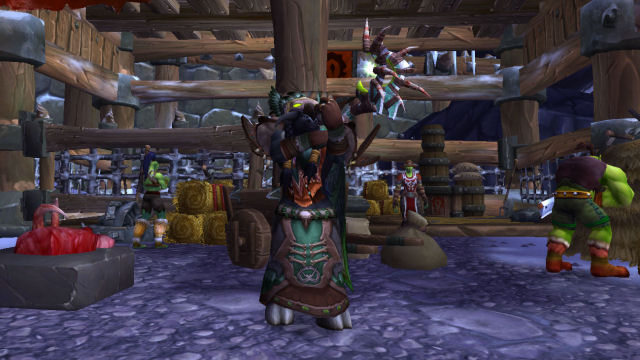 Patch 6.2 brings new content and big changes, are you prepared for it?

Now that World of Warcraft: Warlords of Draenor Patch 6.2 is arriving on June 23, there are several things players will want to do in preparation. Fury of Hellfire is bringing with it new content and changes to several aspects of the game. So get the most out of the remaining days of Patch 6.1 with these tips to maximize gameplay.

It has been a long season for PvP players in World of Warcraft, but the first season of Warlords of Draenor is finally coming to an end. Prepare to fight your last battles of this season because on June 23 Patch 6.2 will be released, and it will all be over.

Once the patch is live, the Warcraft team will begin roughly a two-week process to determine end-of-season reward eligibility.

All players who believe that they may have qualified for Warlords Season 1 awards should note the following:

A few other things to keep in mind once the season has ended:

Fury of Hellfire is also applying several fixes to make gameplay more enjoyable. One of these fixes is the limitation on party size while queueing for Ashran. Players can only queue in a party of 5 players, but will be placed into a raid once they enter the battleground.

This change will affect those who are still completing their Nemesis Quests from the Garrison building, Gladiator’s Sanctum. This means fewer people will help get kills for these quests. Make sure to complete these quests before Patch 6.2 goes live.

Ahead of the Raiding Curve

Even raiders will see a few changes with the new patch. Both Highmaul and Blackrock Foundry will have a raid-wide debuff to reduce the damage dealt by all creatures and NPCs in Normal, Heroic, and Mythic difficulty. Guilds who were unable to complete any of these difficulties may get the chance at prestige.

For those who just want to be able to dive into Hellfire Citadel’s Raid Finder difficulty, work on getting to item level 650 or higher. Raid Finder Hell’s Breach won’t be unlocked until June 30, so players can take the new Baleful items in Tanaan Jungle to gear up quickly.

The Legendary quest with Khadgar will continue once Warcraft patch 6.2 goes live. Completing Chapter III: The Foundry Falls will have many players ready for the difficulties ahead. However, there is one part of the current chain that has a few players stumbling.

Completing an Inside Job

An Inside Job is the infiltration quest with Garona to find Gul’dan inside the Iron Horde compound in Talador. Using Garona’s stealth cloak and directing her to take out the guards, players will need to gather intel and then spy on the warlock. 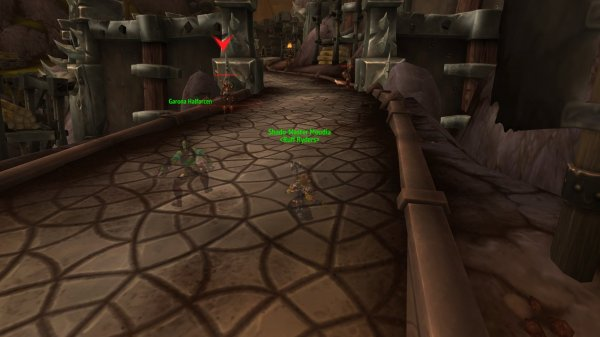 The key with An Inside Job is making sure the Garona and the player are not detected. Patience will play a big role during this quest. But the biggest hint will be watching to see the direction the guard NPCs are actually facing. That means, if you plan to take out one of the Orcs, make sure none of the others are actually facing him to see it happen since stealth will drop for her.

And these Orcs are pretty dense. They’ll stare at the corpse for a few seconds and then carry on their business.

If spotted, interrupt reinforcement summons and kill them quickly. If there are no others around, players will be able to continue the quest. Otherwise, they’ll be ported back to Khadgar at the beginning.

Perhaps the most exciting feature finally making its return is flight. For most ofWarlords’ expansion life, flight on Draenor has been denied. This was due to several bugs that the team hadn’t completely squashed and long internal debate amongst the Warcraft team. 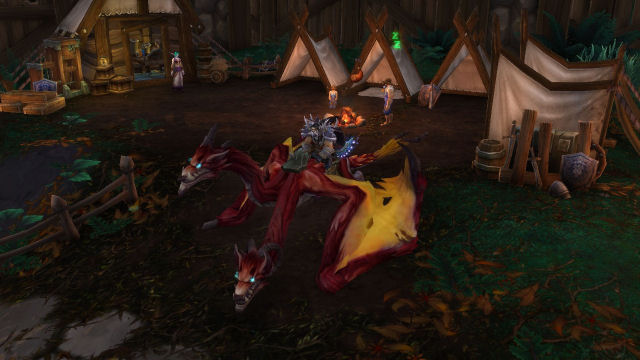 The Draenor Pathfinder will award both account-wide flying for level 90+ characters in Draenor as well as a Soaring Skyterror mount. However, flight will not be live with Patch 6.2 and will instead be available in a later, smaller Patch 6.2.x.

Draenor Pathfinder will be a meta-achievement that will require players to master the outdoor environment of Draenor. Explore all of Draenor’s zones, collect 100 treasures of Draenor, complete Draenor Loremaster, and earn Securing Draenor achievements can all be done before Patch 6.2

While most of these can be quickly achieved, Securing Draenor has a minor hiccup. With the introduction of Scouting Missives in Patch 6.1, the Pit will actually require daily to appear on player’s War Planning Maps. Assaulting the Pit is the only requirement that is up to RNG.

Players will want to prepare their Garrisons to Level 3 for a new building and several profession changes coming in Patch 6.2. The Shipyard will not take away another building plot inside the Garrison, instead it will be located where the heroes of Azeroth crash landed at the start of the Draenor campaign.

The cost to build a Shipyard is currently only 150 resources and 150 gold, but Level 2 and Level 3 will have a cost increase. It will be important to try and cap Garrison Resources before then. 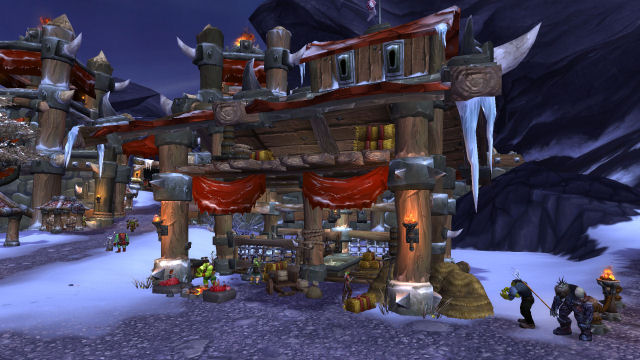 Felblight will be a new reagent for crafting the new upgrade items. This object won’t require players to build a Barn on the Garrison and roam about Tanaan trapping fel-corrupted beasts. Instead, it can be obtained from gathering professions (Fishing, Herbalism, Mining, or Skinning) while in Tanaan Jungle.

This change will cause the Barn to be obsolete. Instead, switch it out for the Trading Post. This building will help gather Garrison Resources with the over-abundance of profession materials as well as help with reputations.

By having a Level 3 Trading Post, players will increase reputation gain in Draenor by 20%. This will be crucial for the 3 new factions being introduced with Patch 6.2 that are required for Draenor Pathfinder with Tanaan Diplomat. 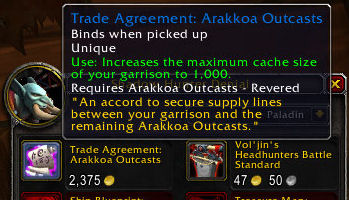 One faction players may want to try to get to revered before Fury of Hellfire will be the Arakkoa Outcasts. When the Tanaan Outpost is constructed, players will be able to purchase a Trade Agreement that will increase the cache size of the Garrison from 500 up to 1,000.

Stock Up the Apexis Crystals

While Apexis Crystals have been on the wayside, a new vendor will require them as currency for items. And these items do not come cheap.

Warcraft players will want to start stocking up to the current Patch 6.1 cap of 60,000 Apexis Crystals. Once Patch 6.2 goes live, the cap will be removed since some items will cost over 150,000 crystals. 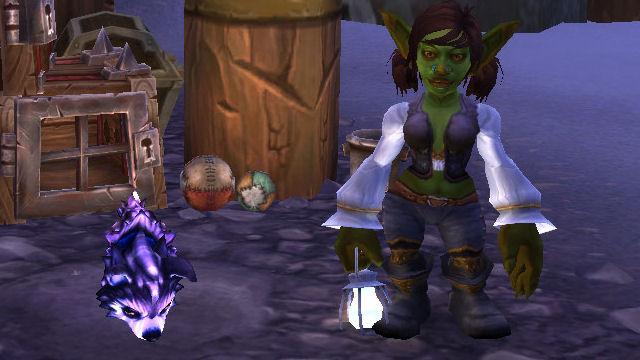 Several new Pet Vendors will also be appearing in the Garrison. Pet Trainers will want to stock up on about 1,050 Pet Charms in order to be able to purchase all the pets and toys that will be available with Patch 6.2. These can be collected by completing the Menagerie dailies or defeating the Daily Draenor Pet Tamers.

And to make the most of the upcoming Bonus Weekend Events, stock up Pet Treats that will give your Battle Pets an edge to experience. These will also help get those newer pets up to 25 quickly outside of the event.

Outside of Draenor, Mists of Pandaria is getting a small change with Spirits of Harmony and Archaeology. Players will no longer be allowed to trade their extra Spirits of Harmony for Restored Artifacts. Instead, it will require players to explore Warlords of Draenor for Archaeology if they wish to still get Explorer’s Notebook for their followers.