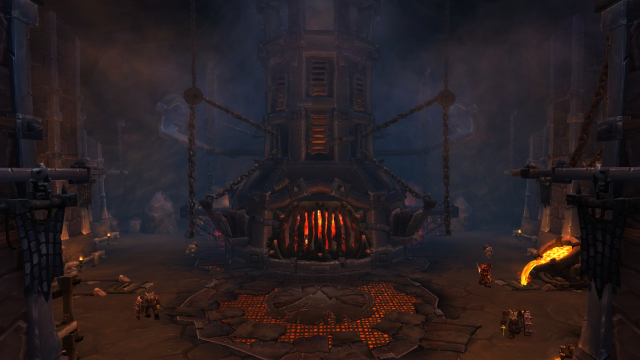 Discover how to break down the Slagworks of Blackrock Foundry!

Blackrock Foundry is a non-linear, four-wing instance that allows World of Warcraft players to face several bosses in any order they wish. This guide is designed to give the most optimal choices, based on how difficult each boss is within each wing.

Some bosses may need to be skipped simply because they are designed to be faced later, in progression rather than clearing an entire section. The Blast Furnace is the final boss of the Slagworks and will require players to face him later for Normal, Heroic, and Mythic difficulties.

The other wings include: The Black Forge, Iron Assembly, and Blackhand’s Crucible. The following ratings are based on a first impression and defeat of each boss.

Gruul is a single-target boss with a few simple mechanics. Many players will remember him from his starring encounter during the Burning Crusades. In fact, he uses the same core mechanics of Petrify/Shatter. Now with a humiliating attachment, he faces raiders with a new arsenal of abilities. 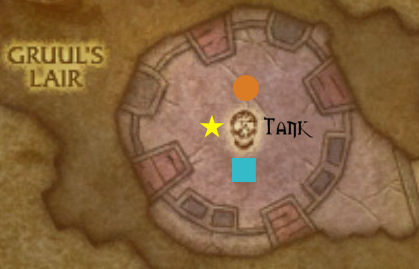 Before pulling the boss, the raid will need to be split into two or three groups. Tanks will stand opposite of each other between the two groups or the one Off-Tank can stand with one of the split groups. This is to avoid having Overwhelming Blows hit the rest of the raid and to alternate for Inferno Slice.

Blood Lust/Heroism/Time Warp should be cast fairly early in the fight. There aren’t a lot of cross mechanics where this buff will make or break this boss encounter.

The Main Tank will not have Gruul facing either group until he is ready to cast Inferno Slice. The boss should then be moved to face one of the groups that doesn’t have the Inferno Slice DoT. Inferno Slice should be alternated between the two groups quickly. If a group gets hit twice by Inferno Slice, healers will need to use raid-wide damage reduction or emergency healing. No group should ever take more than two stacks of Inferno Slice.

In between Inferno Slice, Gruul will cast Overhead Smash. All players should move out of the damage area before the cast and then return to their group as soon as it is complete. This is because every third Overhead Smash will line up with Inferno Slice. 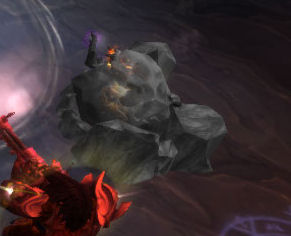 Gruul will also randomly target players with Petrify and then Shatter them with his roar after they are completely solid. Those who are affected by Petrify should move out of the raid group as quickly as possible. They should not be within 8 yards of other players (even those affected by Petrify) to avoid additional damage from Shatter. Personal damage reduction cooldowns should be used before Shatter. 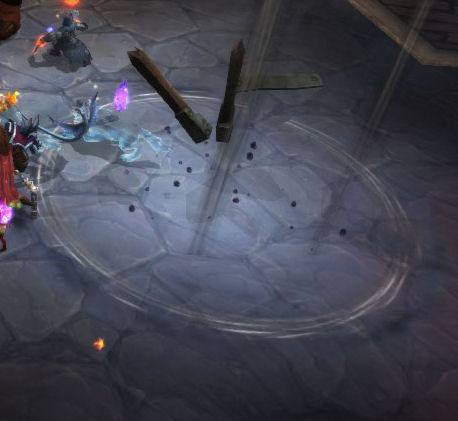 Periodically, the room will have an AOE display appear on the ground because of Gruul’s thrashing, smashing, and slashing. It will be a circle of debris that will fall from above during Cave In. Players will not want to stand inside that circle, even while avoiding Overhead Smash and spreading during Petrify/Shatter.

Roughly every two minutes, Gruul will go into his Destructive Rampage. Players should continue to avoid getting caught in the Overhead Smash and then return to their groups once he is done Rampaging.

Oregorger is a two-phase alternating fight with a small enrage timer when there are no more Blackrock Ore boxes left to break open. The first phase requires very minimal movement, while the second phase can be a lane-pushing nightmare to avoid mechanics.

This fight should start out in one of the clear corners with the raid split between melee and ranged. The tanks should position themselves between the boss and the ranged group. This is so the Off-Tank can take the first initial damage from Acid Torrent while ranged will take shared damage. Off-Tanks should use mitigation cooldowns when soaking Acid Torrent.

Ranged should move as a group for each Retched Blackrock cast to avoid standing in the pools. Standing just on the edge to the AoE zone should cause the next to roughly overlap. Ranged group should try not to move too closely to the boss and tanks to avoid being targeted by the next ability: Explosive Shard.

Melee should stand behind and to one side of the boss so they will never get hit with Acid Torrent. Melee will move from one side to the other with each Explosive Shard cast to avoid getting stunned when it detonates. Never stand directly behind the boss in case Explosive Shard is cast there, causing it to be unavoidable while still dealing damage.

Oregorger begins to cast Blackrock Barrage while Blackrock Spine buff is active. Melee should interrupt the Barrage cast. And he will attempt to cast it 3-4 times until the Spine buff ends. Sometimes, other abilities he is using will break in between his Barrage casts. Three interrupters should be assigned based on cooldown with a fourth as back up.

When he goes into Hunger Drive, he will face the direction that he will Rolling Fury down. A playe hit by Rolling Fury will be knocked down, take heavy damage, and could result in a death. It’s important to watch which direction Oregorger will face before he rolls and to learn the pattern of the lanes.

The inner lanes are clockwise rolls, while the outer lanes are counter-clockwise. The walls where he will hit and cause Earthshaking Collision are marked in red, giving him two directions to choose for his next Rolling Fury.

Generally, players will want to try to stay behind Oregorger for each roll as much as possible, since he will not turn around and face the way he just rolled.

Avoid being trapped in the outer lane, as even speed boosts may not be enough if he picks the outer lane with players. If a player is trapped, personal cooldowns (Bubble, Disperse, Iceblock) can be used.

DPS will need to focus on breaking open the Blackrock Ore crates. Unfortunately, there is no certain path that the boss will take, so all crates should be opened.  If players open all the crates before he is full, they should meet in the center for heals.

Once he has eaten his fill of Blackrock Ore, Oregorger will be tauntable once more. He should be returned to a clear corner and Phase 1 mechanics repeated.

Blast Furnace is a target-priority, heavy movement, three-phase fight. The end goal is to destroy their secret to refining the Blackrock Ore and stop war machine production.

This phase is the most hectic of the entire encounter. It will require the raid to be split into two even groups. The primary goal is to blow up the Heat Regulators on either side. 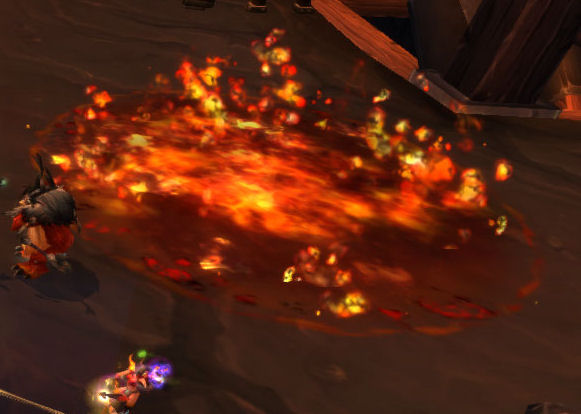 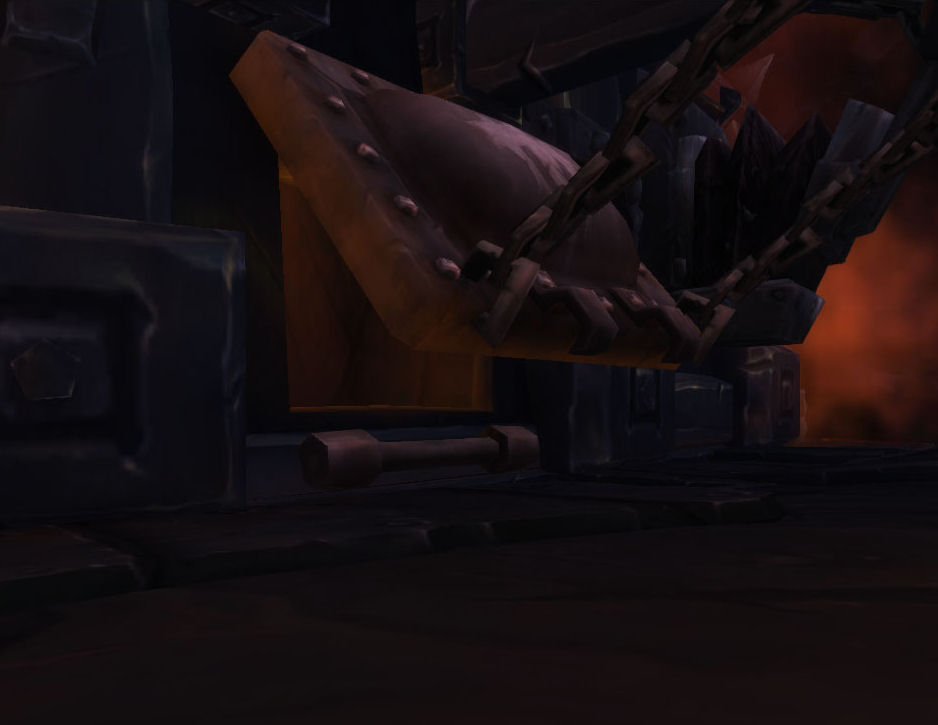 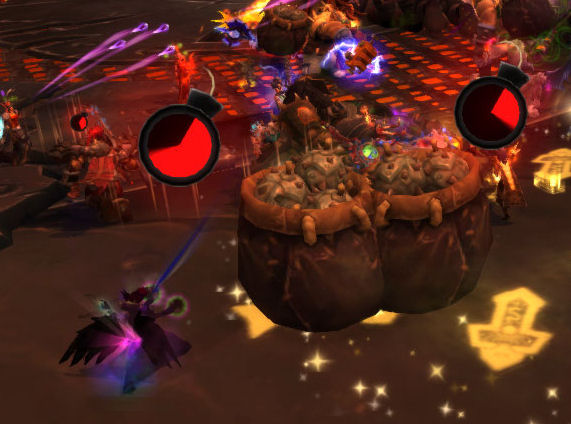 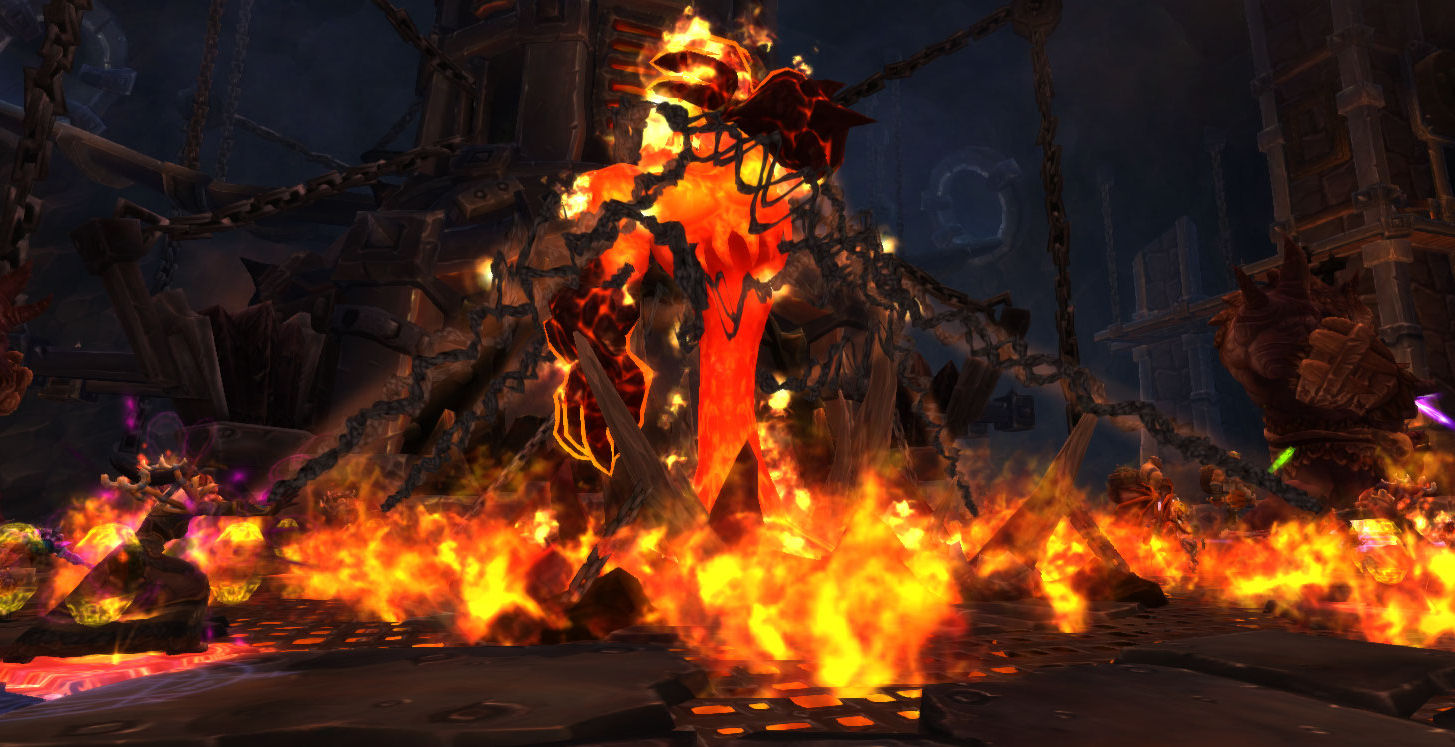 Once the Heat Regulators have been destroyed, any remaining adds should be picked up by tanks. The Bellows Operators should be faced away from the raid.

With the Heart of the Mountain out of the Blast Furnace, Primal Elementalists will contain it. The objective for this phase is to kill the four Elementalists that begin with Damage Shields up. 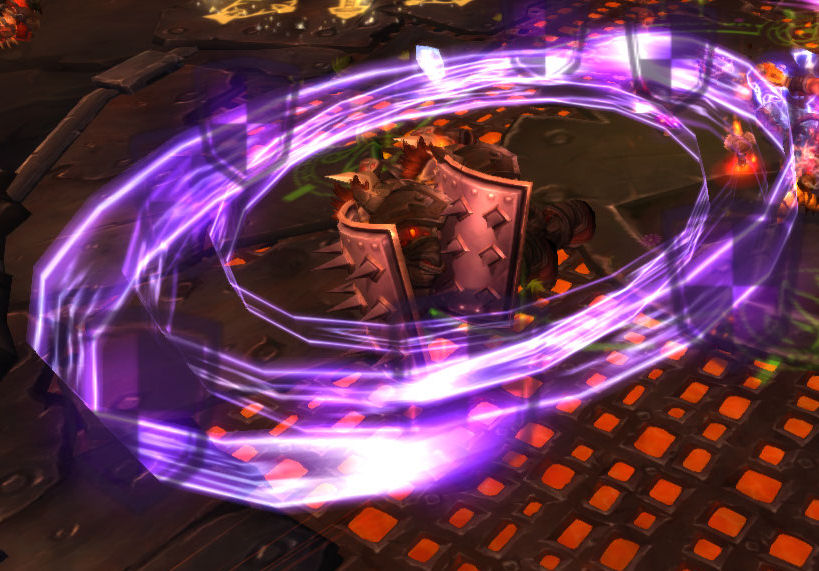 Security Guards will continue to come to the aid from Phase 1 and should be kept away from Slag Elementals. The Guards and a new add should be picked up by tanks. The Flamecallers should have Cauterized Wounds and Lava Burst interrupted. These Flamecallers can also be stunned. 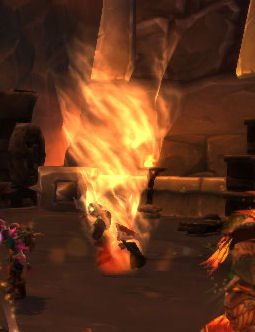 Players will be randomly targeted by Volatile Fire which will explode and damage those nearby. Those affected by the debuff should run out of the group to avoid causing additional damage to raid members.

Once the the Primal Elementalists are affected by Shields Down, all damage should be switched to them. They will begin to cast Reactive Earth Shield to heal themselves. This buff should be dispelled off (such as Purge or Dispell Magic).

As soon as all the Primal Elementalists are dead, Main Tank should pick up the Heart of the Mountain and pull him to one of the far sides of the Blast Furnace. Any Security Guards and Flamecallers should be defeated immediately. 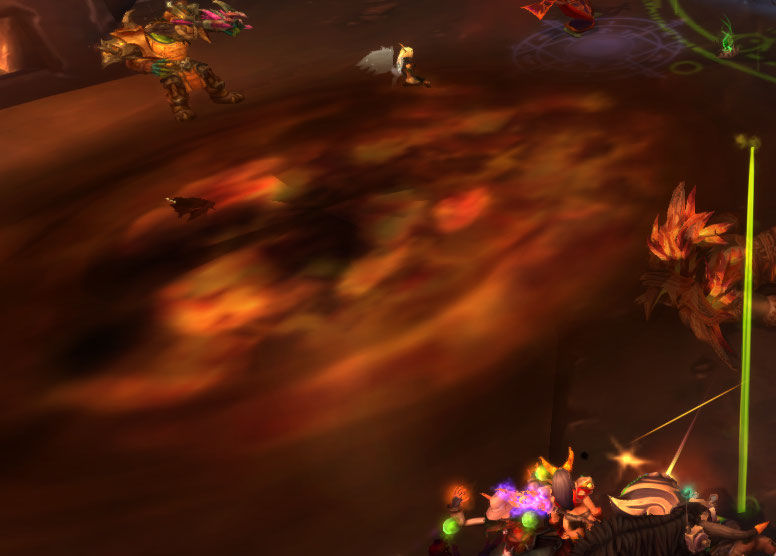 The Heart of the Mountain will be a race against Healers’ mana reserves and floor space. Blood Lust/Heroism/Time Warp should be saved for this phase because of that.

Raiders should move out of Melt on the floor as tanks kite him around to avoid it as well. At this phase, Blast will occur more frequently because of the Heat Level from the previous phase. Personal damage reduction cooldowns should be used when Melt and Blast overlap.