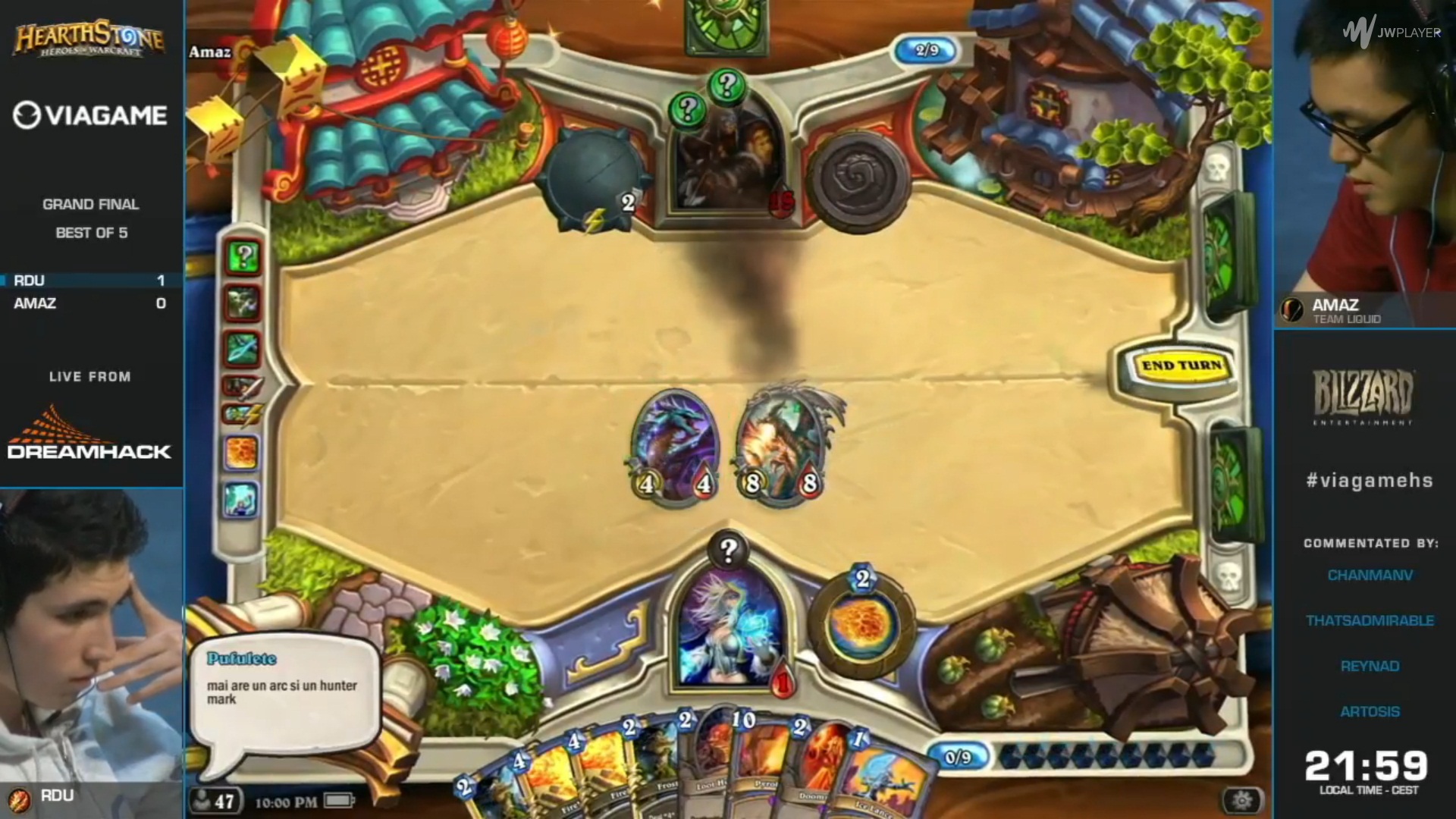 The Hearthstone tournament at DreamHack concluded yesterday with Radu “RDU” Dima winning $10,000*. Readers will notice the asterisks next to the prize pool because, reportedly, this wasn’t a very fair match.

During the second match of the finals, viewers were able to see Dima’s Battle.net friends tip him off to what was in his opponent’s, Jason “Amaz” Chan, hand. Thanks to Redditors, screencaps were taken during the match and show a message sent to Dima.

Like most card games, much of a player’s strategy is guessing what cards the opponent might have in their deck and which in your hand could play the counter or avoid. Example, if the opponent had secrets on the board, knowing what those secrets are would be vital information for the player to work around.

Whether or not some of the messages were code words for other cards in the opponent’s hand is up for debate. But the Viagame was alerted and discussion about a rematch were started with the admins. You can review the footage over on Viagame.

The decision was made fairly quickly and Viagames had the following to say on Twitter:

Head admin has reviewed the VOD with experts and pros and have made the decision that the game will not be replayed. 1/2

2/2 Due to the info coming too late. Both players deleted their friends. Sorry for this, let’s hope for good games. #viagamehs

Many viewers felt that the game should have had a rematch while others, like the original poster in the linked Reddit post above, felt that it didn’t have any effect on the match. But what are the thoughts of the players themselves?

Since most of the controversy was centered around Reddit, Dima posted his own feelings on how he felt about the “cheating” call. He states that first, he wouldn’t need to know if there was a Leeroy or Unleash the Hounds card in Chan’s hand.

The mage deck I picked plays itself like solitaire, I just do my plays and just ignore the opponent most of the time and then finish him off. **

He goes on to condone the actions of the person who messaged him about the Hunter’s Mark, stating he didn’t really see the message and had already played Alexstraza before it came through. But he was aware that a “witch hunt” would start towards him because of the message and ruin his hard work.

People in my friend list were probably wanting to be seen on stream while they say Hi mom and I REALLY WISH that there was no rope during the game so we could just pause and delete all my friend list because it’s stressing to receive so many messages during the grand final of a tournament. I never thought people would do that kind of bullshit but i did not expect somebody to tell me Amaz’s hand in the point where that information was useless and all the Reddit to start making me a cheater and stuff and ruin all my reputation that i think i deserve.**

Chan did not take to Reddit, but instead made a video about his thoughts and feelings over the match, found below:

So what can future Hearthstone tournaments do differently? We know that when Warcraft host their raid races that a separate server is setup with copied characters of the teams. StarCraft requires tournament participants to set their status to Do Not Disturb (DND) to not receive whispers (thanks, Devolore).

There is NO option for Hearthstone in-game to set a status any differently. And Blizzard Entertainment believes that all of their games are more fun with friends (which is true, but OMG privacy–for another day). 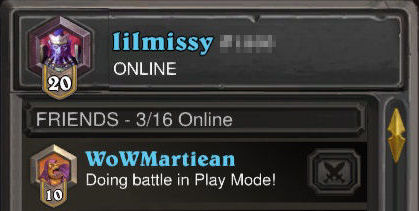 What should Hearthstone do differently for tournament game-play? Should participants be forced to remove all of their friends from the Battle.net/RealID before matches? Or should the team think about setting up the option to change status in-game or even a private server?

Editors note: Some misspellings and grammatical errors were adjusted in the quotes.