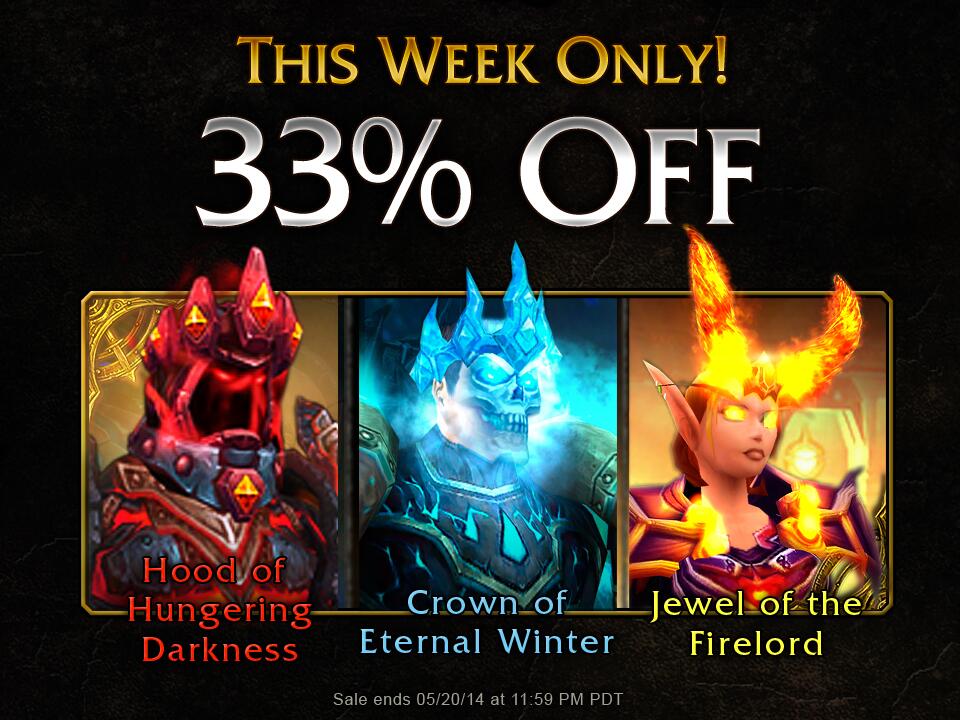 Now until May 20th get 33% off Warcraft cosmetic armor!

It’s almost been a year since the new cosmetic armor has been added to World of Warcraft! When they were first introduced, they caused quite the rage. But have fallen off the radar over the months.

They are forgotten no more! Now for this week only, get the cosmetic helms at 33% of the reduced price!

Get an imposing new cosmetic helm for your character and save some hard-earned coin! This week only, the Hood of Hungering Darkness, Jewel of the Firelord, and Crown of Eternal Winter are all available for 33% off their regular price. Snag them from the in-game Shop, then head to your local Transmogrifier to make a striking first impression on the battlefield – but hurry, because this sale ends May 20, 2014 at 11:59 p.m. PT.