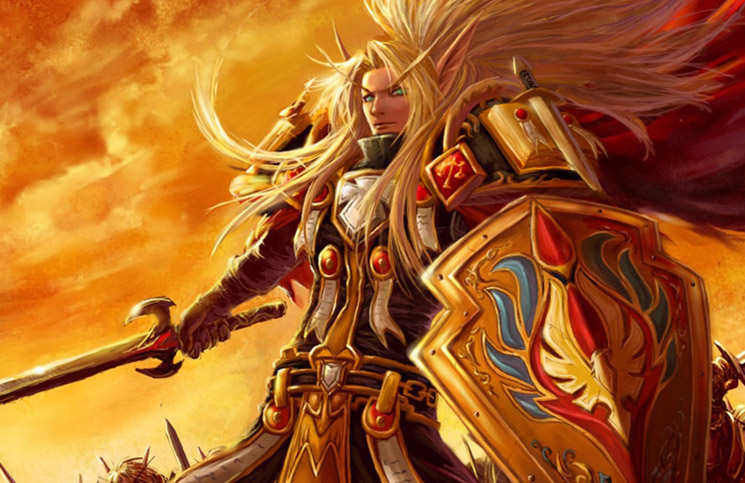 Watcher goes over the trial and error of raiding in Cataclysm to Mists of Pandaria!

After all the changes and tweaks that raiding endured in World of Warcraft, there were more innovations to test out after Wrath of the Lich King. Lead Encounter Designer Ion “Watcher” Hazzikostas finishes out the last 10 years of Warcraft raiding in the Dev Watercooler Part 2. (Read Part 1 here.)

What the majority of players know of the raid structure today has its roots planted firmly in the Wrath expansion, but there was still a difficulty difference based on how many players there were in an instance group. The history of raiding up until then was covered in A Fascinating Look at the Last Ten Years of World of Warcraft Raiding.

Wrath of the Lich King raids went through very quick changes and improvements over the course of the expansion. Cataclysm took those designs and simplified raiding even more. There were two major concerns the developers addressed:

Since Wrath focused on 25-man mode being more difficult and having better loot than 10-man, these difficulties were combined so they were equally as difficult.  This meant that both 10 and 25man shared the same lock out and loot table as well. Raiders could then choose which raid size they preferred and still experience the content.

But there were still side effects:

Throughout Cataclysm, both 10 and 25-man were eventually balanced enough to be equal in difficulty–though many will argue that certain bosses were easier/harder depending on raid size. However, the social changes hurt many players and realms as whole. Those who enjoyed raiding with friends or pick up groups (PUG LIFE!) couldn’t pursue that outside of their raiding team.

The primary issue with Looking For Groups before the implementation of Dungeon Finder queue system was that players required a lot of patience and time inviting other players on their realms to vanquish a boss in either raids or dungeons. The quality of life on Warcraft was improved with Dungeon Finder and again with Raid Finder when Dragon Soul was released.

“[…] Raid Finder allowed players to jump right in and experience raid content on their own time and according to their own schedules. The feature was tremendously popular, and it allowed more players than ever before to experience the conclusion of an expansion’s major story arc, as millions of players defeated Deathwing, compared to the thousands that had defeated Kel’thuzad back in 2006.”

Now the majority of players agree that Raid Finder encounters are more simplified than 10-man encounters. New players or characters were continuously experiencing the encounter might not have known all the required mechanics in the Normal difficulty raids, so the development team was forced to remove those mechanics from Raid Finder.

“Having to essentially redo progression each week is few players’ idea of fun, so we had to significantly accelerate the Raid Finder learning curve.”

Compared to Wrath of the Lich King raiding changes, the Mists of Pandaria raiding structure remained consistent. There were a few quality of life adjustments made for Raid Finder loot distribution, but it followed the same path as Dragon Soul in design.

“We knew that the Cataclysm changes had effectively removed a difficulty level from our game by raising the challenge of 10-player Normal to match 25-player, and that this change had left a group of players without suitable raid content. By adding Raid Finder, we had returned to three effective difficulties, and given the popularity of the feature, we assumed that this largely solved the problem. We were mistaken.”

What Hazzikostas has to say about Raid Difficulty and Raid Groups is extremely interesting. He explains that there are three types of groups in Warcraft raiding: Friends-and-Family, Raiding Guilds, and Hardcore Raiding Guilds. Again, it seemed that having the three difficulties for raids was the answer, but even with the addition of Raid Finder, it missed its mark with a core group type, the Friends-and-Family.

“We realized that we were doing a poor job of serving this important segment of our player community. Raid Finder, it turned out, was great for players who had no interest or ability to participate in organized raiding at scheduled times, but for friends-and-family groups, it was not an adequate substitute for the old 10-player Normal difficulty that went away in Cataclysm.“

The Siege of Orgrimmar, much like its end of expansion counter-part Dragon Soul, introduced another new difficulty of raiding with Flex Raiding. Flex Raiding was designed with the hope of giving those Friends-and-Family groups a difficulty to play together and complete raid content.

Players greeted it with very mix reviews since there was no static raid size group requirement, the bosses were tuned to be 20-25% easier compared to Normal mode, and it had its own loot table and loot lock out as well, but players could complete bosses multiple times a week.

“In general, our aim was to remove as many obstacles as possible that might get in the way of friends who just want to be able to raid together in WoW. (And for those who are wondering, “Then why not allow cross-faction raiding? Why not let me raid with my Alliance friends even if I play Undead?” Fundamentally, Alliance vs. Horde, Orcs vs. Humans, is the heart and soul of the Warcraft universe—we have to draw the line somewhere, and we draw it there.)”

Now all of this is about to change with Warlords of Draenor with new names, difficulties being combined, and so much more. Part 3 will take a look at what the future of raiding has in store for in Warlords.