A Tribute to Robin Williams 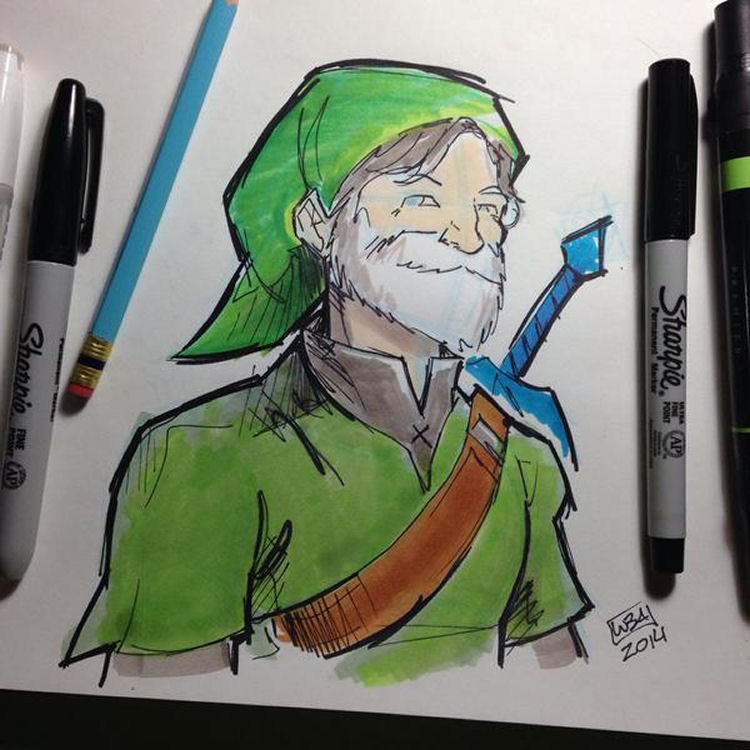 The legend of Robin Williams, his immortality in World of Warcraft, and raising awareness for mental health.

Monday, August 11, 2014 was filled with heartbreaking news on a beloved entertainer’s death. Many were shocked throughout the day to read about Robin Williams’ apparent suicide. The world suddenly seemed a little less bright as one spark went out.

Williams was a husband, a father, an entertainer, and a gamer. He started off as a stand-up comedian before his acting career began with Mork & Mindy. The United States President, Barack Obama, summed up Williams career wonderfully:

"Robin Williams was an airman, a doctor, a genie, a nanny … and everything in between. But he was one of a kind." —President Obama

So many touching articles have been written about his life. He was nominated three times for Academy Awards for Best Actor, won one Academy Awards, two Emmy Awards, four Golden Globes, two Screen Actors Guild Awards, and five Grammy Awards.

Business Insider shared an infograph on Williams’ filmography. He acted in over 100 different films and television series but they compiled some of his greatest works below. 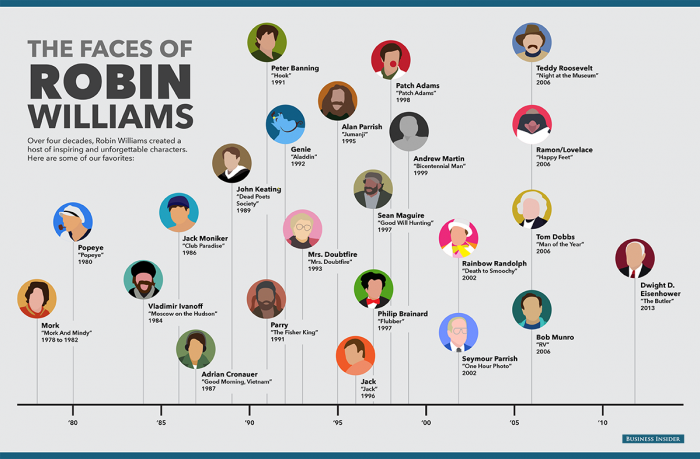 Williams and his second wife, Marsha, founded the Windfall Foundation to raise money for many different charities. He devoted much of his energy to charity work such as Comic Relief, Children’s Promise, and St. Jude’s Children Hospital.

He would also give his attention to those he worked with as well. He defended co-stars, counseled fellow comedians, and supported the United States troops.

During Nintendo’s 3D remake for the Legend of Zelda: Orcarina of Time, the world was enlightened to Williams’ love for video games and table-top RPGs. He was clearly fascinated by the gaming medium since he named two children after video game characters.

And he was a Warcraft player, though it is only currently reported that he spent some time in the RTS Warcraft III. Since he touched so many lives, many within the Warcraft community petitioned for Williams to have his own memorial in-game through Change.org with almost 11,000 signatures before two tweets by a Blizzard developer and Warcraft‘s official Twitter account.

.@robinwilliams Thank you. You gave us so much joy in our lives, and we hope you enjoyed your time in our world. We’ll see you in-game.

According to the LA Times, after the Warlords of Draenor Premiere Event, Lead Encounter Designer Ion Hazzikostas stated that Blizzard Entertainment would create a character in honor the late comedian. A huge honor for an entertained love by many across the world.

While many couldn’t understand how someone so happy would chose to end their own life, all the signs of Williams’ struggle was very apparent, if one knew where to look. His struggle with depression was a long road filled with lethargy and addition. Friends reported that he was becoming more and more detached by not returning calls, text becoming shorter, and just not seeming his usual self underneath a forced bravado.

Those who are lucky to not experienced depression or family death by suicide may see Williams’ death as selfish. It is clear that he knew he was loved by his family and friends. But there is nothing selfish about suicide. Eventually, the welling darkness of depression outweighs the desire and strength to survive.

If anything positive has come from the death of Williams is the awareness for all mental health. Many times, the media and society pressures the importance on physical health and often neglect mental health. It is important for be sound of both body and mind. Suffering from any mental issues should not be cast in a negative light.

It is important to know the warning signs of suicide. Listen to people when they talk, make eye contact, and empathize. The Internet dulls the ability to empathize well with others. Check on friends who you suspect are suffering from depression, even if it’s a note or a knock on the door, it is important to make that effort.

If you or someone you know is struggling with depression, know that there is help. Contact any of the Suicide Hotlines in your region.