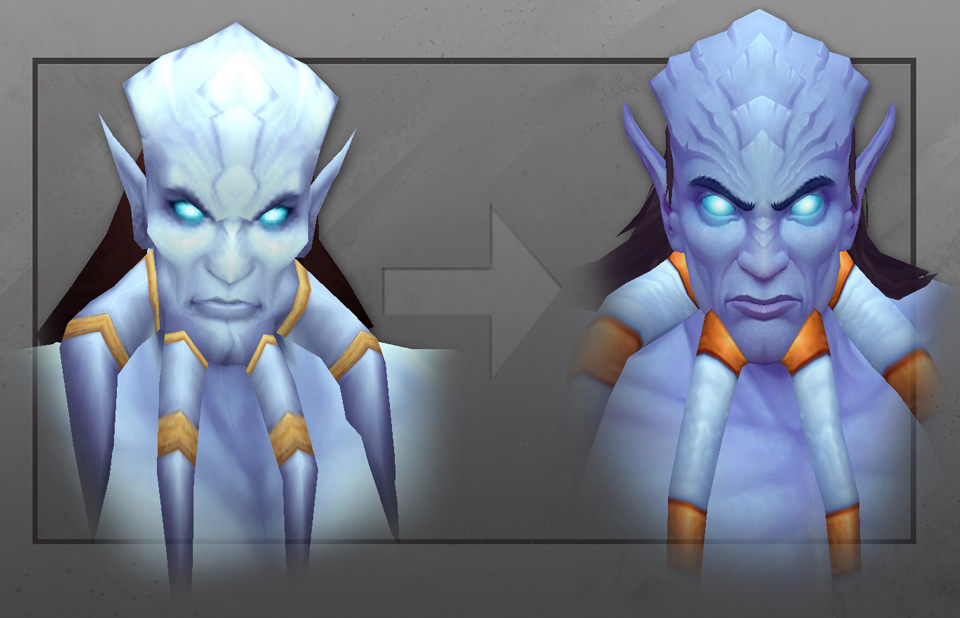 Warcraft Senior Art Director out with injury but delivers a new Artcraft!

Senior Art Director Chris G. Robinson shared the latest World of Warcraft character model update in ArtCraft. It was a very quick update due to Robinson’s injury he sustained while sculpting to his dominant, drawing hand.

again and i'm back in for more surgery. My good friend @Tysmurph is running the Artcraft ship while I'm out though:) hope to have more soon

But he did share the male draenei model showing off wonderful facial expressions and keeping true to the silhouette of the original model from The Burning Crusade.

The original was one of the better character models in the game, so it didn’t require a ton of translation—but with higher-resolution textures and more polygons to work with, we were able to bump up his fidelity quite a bit, as well as improve how we convey emotion through a new animation rig.

Front Old vs New and Emotes

Back Old vs New and Emotes

We wish Robinson to take it easy as he recovers from his surgery. Artcraft will be in the capable hands of Lead Character Artist Tyson Murphy. The “same face” issue will be addressed, hopefully, in future content with the trolls!

.@DeeGurz without that posing would have been disastrous. Hence the wait:) They look great now – we'll get something out asap