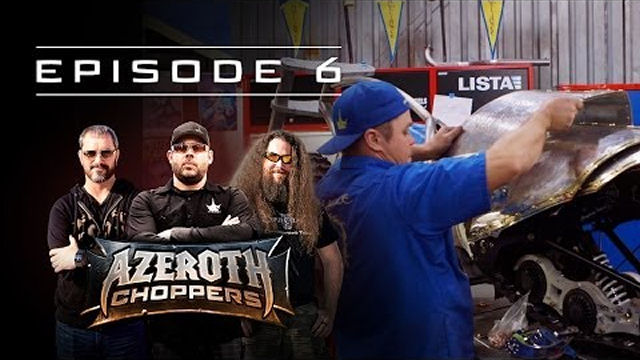 A drama storm is brewing in Azeroth Choppers while Blizzard shares what it takes to make in-game vehicles.

The Blizzard team flees from the bitter cold back to sunny southern California to find out if their bikes can work in World of Warcraft. Don’t tell the other team that they’re getting ahead of the game though. The Art Department breaks down how in-game vehicles and mounts are created using Engineer’s Sky Golem as the example from concept to final product.

Meanwhile, the bikes back at the shop get prepped for their faction paint jobs. But #TeamAlliance seems to be missing an aggressive piece to the design that some on the team don’t want to do. Will it put #TeamHorde ahead in the votes?