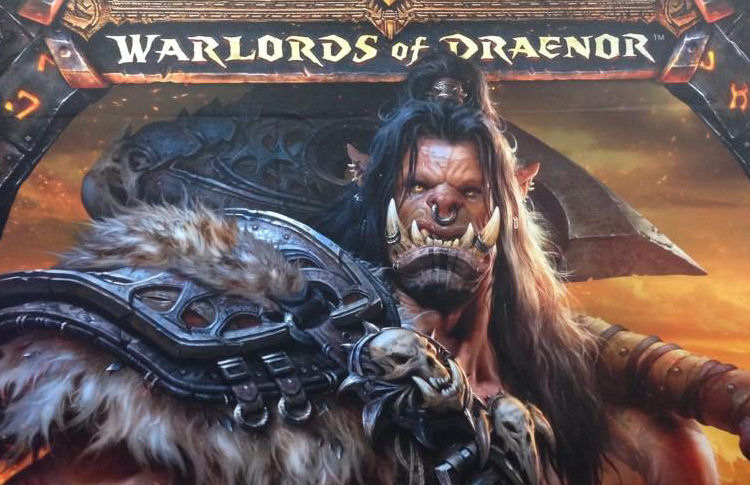 San Diego Comic-Con seems to be the place to reveal as much as possible by Blizzard Entertainment. Coming across the twitter feed, Community Manager Bashiok, posted a very teasing tweet on what Warlords of Draenor box art might really be!

Huh, that looks suspiciously like the #Warlords box art to me. #Grommash @Warcraft pic.twitter.com/5fI9gnwDQq

But one already exists? 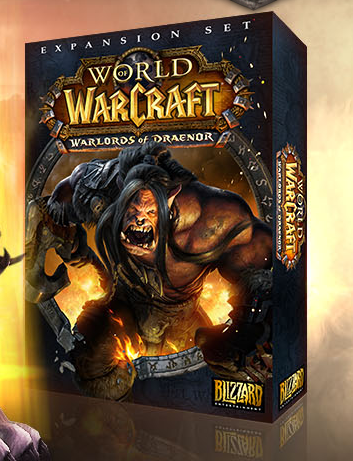 When the Boost to Level 90 ability appeared in the Warcraft shop, the expansion box was visible right next to a leveling, raging worgen. Clearly, the image is of Grommash Hellscream crashing through the iconic runic circle as the Iron Horde will be crashing to Azeroth.

But is this the final decision on the Warlords of Draenor box art or is the teasing tweet from the local fel tree the real one?

Between the two available, the newer one is much more appealing and fits in better with every other Warcraft box art previously. It’s more art than it is a 3-D character model render.