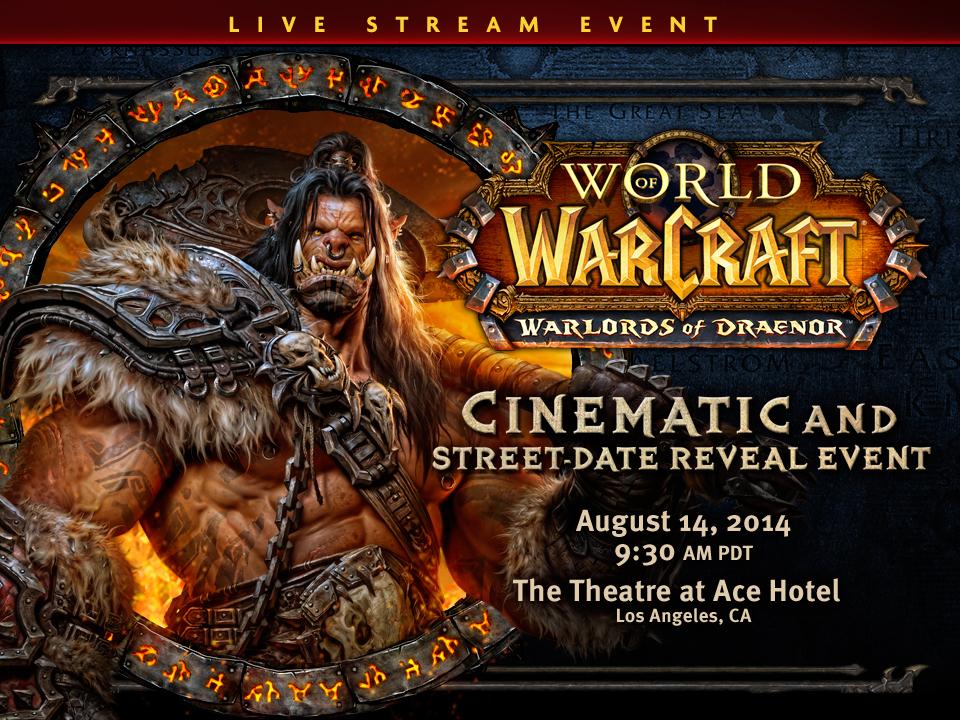 Launch announcement, cinematic, and more! Don’t miss out on the Warlords of Draenor Premiere!

World of Warcraft fans will get a sneak peek at the Iron Horde’s destruction on August 14 at 9:30am PDT (18:30 CEST) for the Warlords of Draenor Premiere at the Ace Theatre in Los Angeles, California. Join Blizzard Entertainment’s Mike Morhaime, Chris Metzen, Lead Encounter Designer Ion Hazzikostas, and Senior PvP Designer Brian Holinka during the grand unveiling and live interviews.

If you cannot attend the live event, it will be live streamed all across the world! Players won’t want to miss this!

Live Attendee Bonus: Anyone who joins us live and in person in L.A. will also receive a beta key for Warlords of Draenor.*

*Doors open at 8:30 a.m. Seating is limited and will be available on a first-come, first-served basis, so be sure to get there early! Beta keys will be given out to everyone who comes down for the live event.

**Please note: World of Warcraft is rated T for Teen; some content on display at the event may not be suitable for children ages of 12 or younger. Anyone 12 years of age or under must be accompanied by an adult.