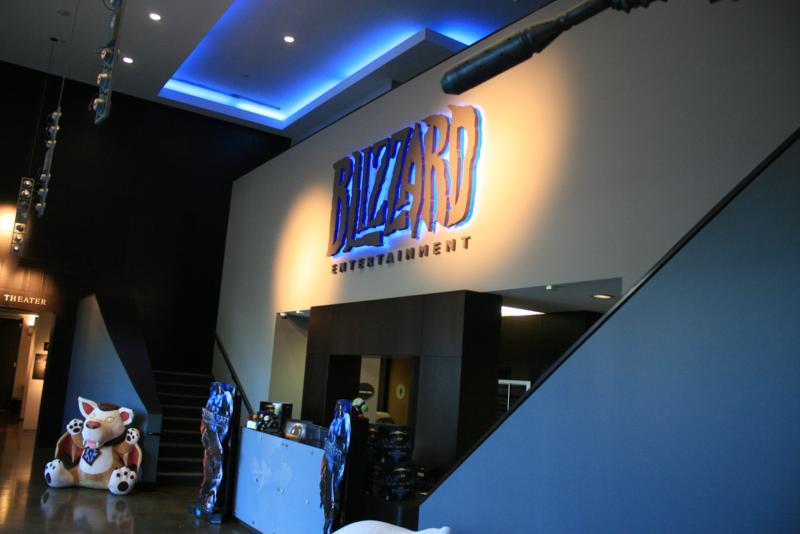 In a recent interview with Polygon, Blizzard Entertainment said they have officially canceled their next-generation MMO, Titan.

After seven years of development, Blizzard Entertainment has stopped all development on their next MMO codenamed Titan.

Last year, Blizzard stated they had completely scrapped all progress they made and were going back to the drawing board, but now it seems they have completely stopped working on it completely.

Co-founder and CEO of Blizzard Entertainment, Mike Morhaime, explained that the company felt like they knew everything about MMOs after their success with World of Warcraft. Morhaime said, “[…] we set out to make the most ambitious thing that you could possibly imagine. And it didn’t come together.

“We didn’t find the fun,” Morhaime continued. “We didn’t find the passion. We talked about how we put it through a reevaluation period, and actually, what we re-evaluated is whether that’s the game we really wanted to be making. The answer is no.”

It’s always really difficult for a company to make this kind of call–to cancel a project before any players can experience it. But it means it will result in better-quality work for current and new franchises. Blizzard’s senior vice president of story and franchise development, Chris Metzen, said, “We were losing perspective and getting lost in the weeds a little. We had to allow ourselves to take that step back and reassess why the hell we were doing that thing in the first place.”

But what did Blizzard fans even know about Titan? It’s been hyped about for the last seven years, but no one outside of the company and their NDA-close-knit of friends have been able to play the game.

This MMO had never been officially announced by Blizzard Entertainment and has been under hot debate with tin-foil hat conspiracy theorists. Fans were only aware of it due to job postings on Blizzard’s career site for a “Next-Gen MMO”.

At BlizzCon 2008, co-founder and Morhaime announced that they were working on a project that wascompletely unrelated from World of Warcraft. It would be different from the company’s usual franchises.

Jeffrey Kaplan then announced that he had been moved into the new project’s development team of 2009. During an interview with MTV Multiplayer, Kaplan shared that the game would be a combination of “sci-fi, near-future, post-apocalyptic and historical”. Later in May, Blizzard restated that this unannounced MMO was going to be a brand new IP, but not enough progress had been made to share with the public yet.

But then word about Titan goes dark until a project schedule was leaked by a Chinese MMO website. This increased the hype for the upcoming MMO project as it showed it being scheduled around the fourth quarter of 2013. Based off an interview between co-founder Frank Pearce and Destructoid that Titan was being used as a recruitment tool, that is until 2011.

Morhaime said that Blizzard Entertainment was putting their most experienced MMO developers, taking what they had learned to help pave the way. Everything seemed to have been going amazing. The development team was excited by what they were playing in Titan. They still had a long way to go with the development process, but the hype was only increasing.

And then the fall…

More silence fell about the project until 2013 when fans were shocked to hear that the dream team of developers had been split between already existing franchises and they were back to the drawing board with a small team. Titan was then anticipated to launch in 2016.

A Blizzard spokesman told Polygon, “We’ve come to a point where we need to make some large design and technology changes to the game. We’re using this opportunity to shift some of our resources to assist with other projects while the core team adapts our technology and tools to accommodate these new changes. Note that we haven’t announced any dates for the MMO.”

And the platform they were building on wasn’t enough to do what they felt the game should be capable of doing. Morhaime told Polygon at BlizzCon 2013 that “[…] We just used that as an opportunity to take a step back, look at the game and ask hard questions: ‘If we were going to start something new, what would we make? Would we make this? Make something different?’”

It’s clear that this is a time for Blizzard Entertainment to rediscover themselves. The success the company has had with Hearthstone and Heroes of the Storm and played an important part in moving away from Titan. Hearthstone helped them realize that they didn’t have to fit in a structured box.

“Maybe we can be what we want to be and inspire groups around the company to experiment, get creative, think outside the box and take chances on things that just might thrill people,” Metzen said. “Maybe they don’t have to be these colossal, summer blockbuster-type products.”