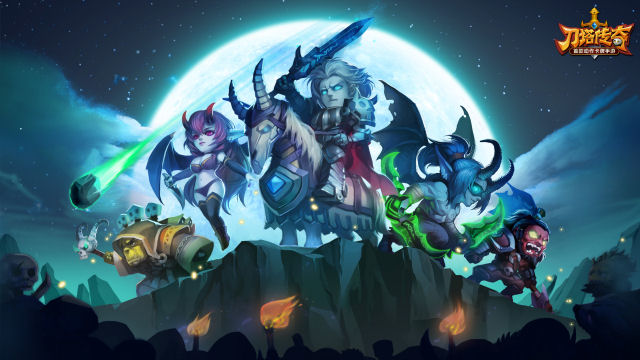 Down the rabbit hole of lawsuits for copyright infringement and obvious cloning of games between Blizzard Entertainment, Lilith Games, and uCool.

Yesterday, Blizzard Entertainment filed a criminal complaint as was revealed in one of their press releases. This charge was filed with the Taipei District Prosecutors’ Office against the mobile game “DotA Legend” for infringing on multiple characters and scenes in Warcraft and World of Warcraft universe without authorization. This act is considered a violation of the Trademark Act and the Copyright Act.

“We strongly believe that DotA Legend infringes on our Warcraft and World of Warcraft copyrights and trademarks, and we are aggressively pursuing our options under the law to protect our content,” said Chief operating officer of Blizzard Entertainment Paul Sams. “As a company whose business is based on creative content, it’s vital that we defend our intellectual property rights, and we will continue to do so in accordance with local laws and regulations in Taiwan and other regions around the world. In order to preserve a sustainable environment for creative and technology-based companies like Blizzard and its partners to thrive in Taiwan, it’s critical that intellectual property rights be protected.”

DotA Legend was released back in February 2014 and isn’t part of the MOBA genre of gaming. In fact, it is more of a single and multiplayer roleplaying, collectible card game integrated with Facebook. Perhaps what got Blizzard Entertainment’s attention was the fact that it has been China and Taiwan’s top ranked title throughout 2014 and 2015.

At the same time, Lilith Games has filed a lawsuit against a clone of its game with uCool Heroes Charge. “Heroes Charge is so identical to Soul Clash in the rules, the character set, and even the user interface that we assume it could have been created based on Lilith’s code,” said Lilith CEO Xinwen Wang.

Lilith Games is in the process of expanding Soul Clash to European market as Allstar Heroes licensed under Allstar Games. Having early competition will certainly make it more difficult for Lilith Games in the future. They’ve explained their claim by publishing a video to their Facebook page comparing the two games.

Heroes Charge is very similar to DotA Legend. It is appears to be another single or multiplayer roleplaying, collectible card game. Many should recognize this mobile game since it was able to pay for a Superbowl Ad during the 2015 game. Right now, Heroes Charge is closing in on the top 15 grossing iOS app overall in the U.S..

Down the Rabbit Hole

But all of this trouble stems from both games using the popular Defense against the Ancients Warcraft III:Reign of Chaos mod. Video game cloning is sadly very common anymore. Developers can copyright a lot of their creative licensing, but it’s harder to protect software design and game mechanics.

The only way to safeguard a game’s software design and game mechanics from cloning is through a patent. However, acquiring one is very expensive and time consuming. Unfortunately, cloning will still continue to be a common occurrence since it is still legal–that is until it has been deemed illegal in most courts.