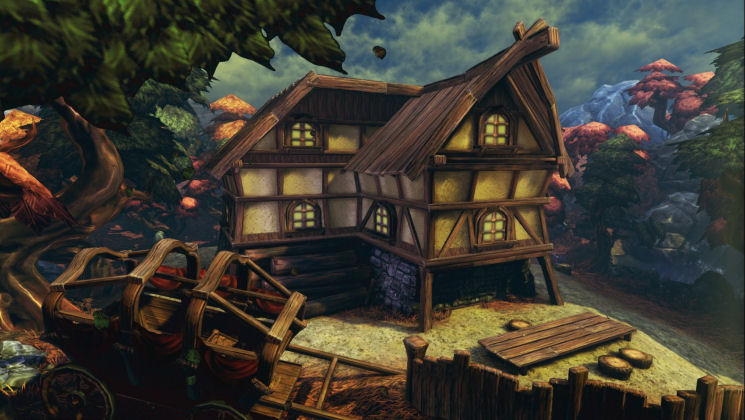 College students, get ready to pimp yourselves out for Blizzard Entertainment Third Annual Student Art Contest! But don’t just take our word for it, check out the full details below!

Blizzard Entertainment’s university relations and World of Warcraft development teams are proud to present the third annual Blizzard Student Art Contest! We’re calling on college and university students to submit original artwork or animations that would be a great fit for World of Warcraft. This year’s contest is even better than ever as we’ve thrown in additional categories for you to wow us in (pun intended).

Show us something we’ve never seen before but that still fits within World of Warcraft. You can see previous winning submissions here and here.

Online submission forms will be available on our University Relations website in December. We recommend getting started now though!

Grand prize winners will be chosen by the World of Warcraft art team, and will receive the following epic prizes*:

Please note that only current US and Canadian college and university students are eligible to win. Residents of North Dakota, Vermont, Connecticut, Maryland, and Quebec are not eligible to participate.

For more information about the contest as it becomes available, please join our Blizzard Careers group on LinkedIn (LinkedIn account required).

Using your creativity and ability to work within the World of Warcraft art style, create a small environment diorama that would fit well in the game world. Your quest: Concept, model, and texture an environment piece that you could imagine stumbling upon during your travels across Kalimdor, the Eastern Kingdoms, Outland, Northrend, or Pandaria.

Required elements are trees, rocks, grass, and props, plus a small structure (such as a shrine).

Your final piece should have a structure similar to the example provided below. We’re looking for lower poly-count models (e.g.: around 1,500 polys for a mature sized tree), so keep that in mind when creating your environment.

Using your creativity and ability to work within the World of Warcraft art style, concept, model, and texture a non-player character (NPC) or creature that you could imagine roaming the plains of Durotar, exploring the depths of Deepholm, or just sitting in the Pig and Whistle Tavern knocking back a mug o’ Thistle Tea.

Required elements are the character or creature, along with some sort of clothing or armor. Feel free to go further by adding weapons or other accessories.

The final piece should have a structure similar to the example provided below. Stay within a budget of 6,000 polys with one 1024×1024 texture for the finished character.

Using your creativity and ability to work within the World of Warcraft art style, concept, model, and texture a main hand weapon with a complimentary offhand weapon/shield/item. It could be the pairing of the “Deadly sword of Castle AHHHH” and a “Jabberwock Scale Shield,” the “Repentant Crusader Mace” and a “Tome of Righteousness,” or even the “Beguilers Ebonwood Staff” and an “Obfuscating Eye of Yogg-saron.” Let Azeroth be your guide and pull from the many established cultures, encounters, and legends that exist in World of Warcraft.

Required elements are the main hand weapon, along with its matching offhand item, but feel free to go further by adding a player or creature wielding your creations.

The final piece should have a structure similar to the example provided below. The main hand weapon and the offhand item each have a budget of 1,000 triangles and one 512×512 texture.

Keeping in mind and working within the World of Warcraft art style, select a class from the game and create either a battle scene or flavor animation. A battle scene could be any type of combat situation. Think of it as a pitch for a new player class. Your scene could be as epic as a final boss fight, or something more comical like warding off a group of feisty Murlocs. The flavor animation piece is all about personality. It could be a group of characters having a good time hoisting back pints of ale or coming home after winning a PVP match. Feel free to interpret these how you wish. Be as creative as possible, but don’t forget to watch your weight, timing, strong poses, and arcs!

Required elements include one cycled animation in a stand or combat ready pose. Make sure animations return to the same start position and feel free to add additional models or weapons.

The final piece should be animated in 30 frames per second and in meters. Please avoid camera shakes and blurs as they tend to hide fundamentals that we look for.

Get the creative juices flowing and throw yourselves into the very heart of World of Warcraft for a chance at the three-month mentor-ship. Remember, the contest doesn’t start until December, but it’s time to get started now!