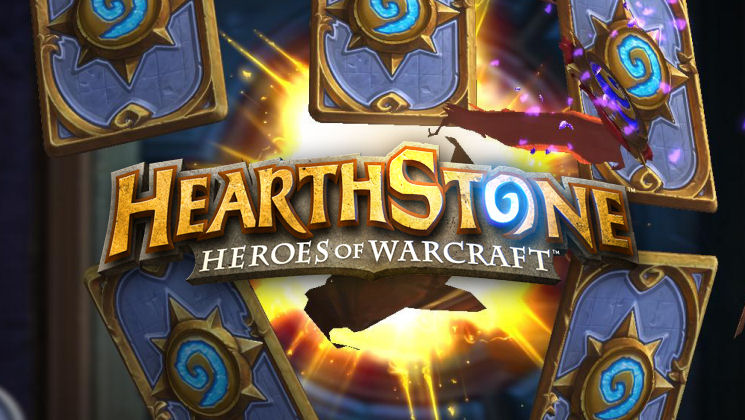 Now that Hearthstone: Heroes of Warcraft™ first patch is live, new players have been invited in the recent opt-in wave!

In case you’ve been under a rock, the highly anticipated information wipe for Hearthstone: Heroes of Warcraft™ started early October 2nd, 2013 at 8am PDT for the North American region before concluding after an extended down time at 8pm PDT followed by the European region being down from 6pm PDT to 7am PDT. Hurrah for technical difficulties!

But the information wipe wasn’t the only thing that happened. A decent amount of changes and improved features went live as well. For more information on what went in with this first patch, check out the First Patch article where I highlighted some of the more interesting changes and linked to the full patch notes.

I jumped right in last night to get through the tutorial before bed with little to no issues. I even took the time to look at the shiny, new crafting interface that was added. I drooled over the multitudes of golden basic minions that I want to just grace my hand and make me feel important.

And with the new patch came hardware upgrades. As stated by Community Manager Zeriyah on the forums, the first closed beta phase did not allow a large number of participants due to hardware limitations. But since they have made some serious transitions into hardware that can accommodate a larger pool of players, that means more opt-in waves. And they have held true!

We've sent out a wave of opt-in invites to both NA and EU today for Hearthstone that have all concluded. Check your emails!

So hurry on over and check your inbox and spam box for you opt-in invite. Remember, if you didn’t get one this wave, there’s always next time. The team will slowly be increasing the player pool as they see what kind of strain the new hardware can handle. So please, remain patient if you did not receive your invite yet.