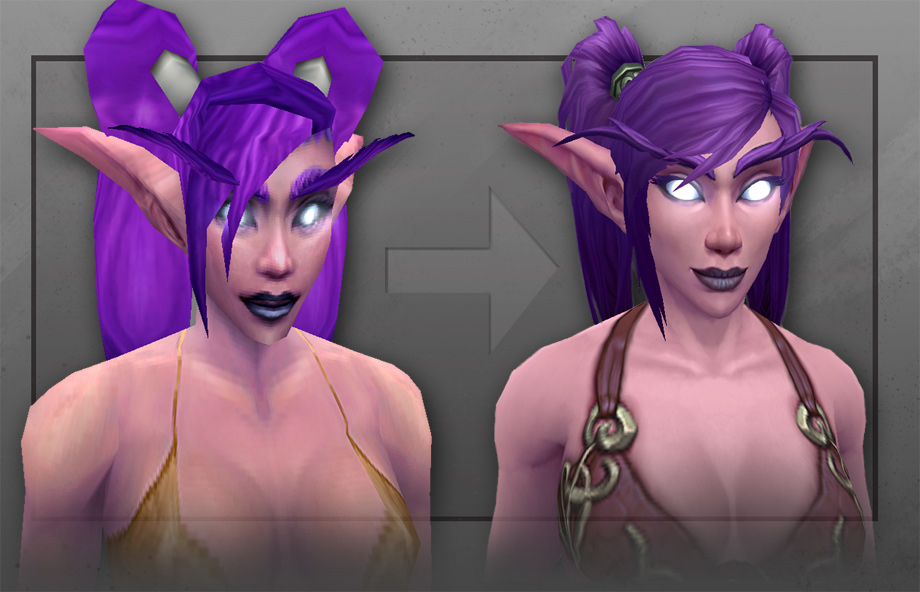 Next up for Artcraft at World of Warcraft are the female Night Elves!

Many World of Warcraft players were concerned last month over the datamined female Night Elf models from theWarlords alpha game files. That model had been scrapped by the time images had started circulating. Now the official models have been shared over in the latest Artcraft for Warlords of Draenor.

According to Senior Art Director Chris Robinson, the female Night Elf model was the first model they started on. But as they progressed on other races, they had wound up refining the whole process for creating them and thus scrapped the first draft that was present in the alpha client.

Ultimately, we felt that in order to do the female Night Elf justice, we needed to revisit her model with fresh eyes and continue iterating based on what we’d learned from working on the other models. The Night Elves have such a distinct but subtle character, and we spent a lot of effort in trying to help that come through.

As with all character model updates, the team is doing their best to keep everything from the original model intact while improving on areas that they weren’t capable of implementing before–such as the ears.

Last but not least, the all-important Night Elf ears. In the original model, these were quite literally separate pieces of geometry effectively tacked onto the head of the Night Elf. In the new models, we’ve taken care to fully integrate the ears into the geometry, which leads to a far more natural and high-quality look.

Overall, they’ve made the new model a little bit more defined while making her appear a bit more realistic by adding a bit of muscle tone. The team wanted to communicate that the female Night Elves are warriors and her feral nature comes out with her well-manicured nails.

Next up for Artcraft at World of Warcraft are the female Night Elves!

Final version of the NE Female will have canine teeth like this. Artcraft was just an iteration w/o canine geometry. pic.twitter.com/2tW9o83WBJ