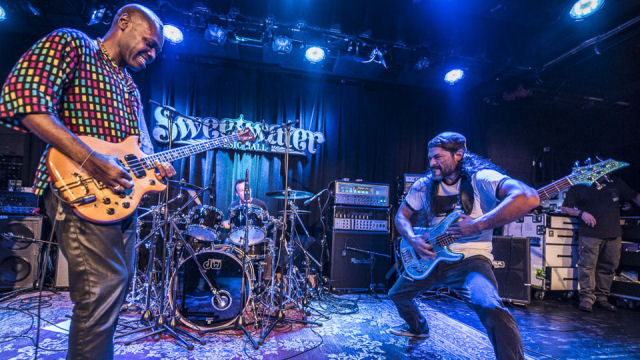 The Closing Ceremony for BlizzCon 2014 is going out big! “Big Four” Metallica will take the stage!

The months have turned into weeks as BlizzCon 2014 quickly approaches. As fans make their final preparations to either be at the convention live in Anaheim, California or watch it from the comfort of their own home, the Closing Ceremony performer is finally announced!

On November 8, 2014, after the two day celebration of all things Blizzard, Metallica will be performing to a sold-out convention crowd as well as broadcast worldwide through the BlizzCon Virtual Ticket.

“We’re thrilled to have Metallica blowing out our speakers at BlizzCon this year,” said Mike Morhaime, CEO and cofounder of Blizzard Entertainment. “After two full days of epic gaming and intense eSports action, an earth-shaking concert is the perfect sendoff for everyone at the show and watching from home.”

Metallica has become one of the most influencial and successful rock bands in history since they formed in 1981. They have sold over 110 million albums worldwide and play to millions of fans all over the world. They have even scared several multi-platinum albums.

This band has certainly been a part of Blizzard Entertainment fans and developers alike. They have even been a pop culture reference for a quest out in World of Warcraft‘s Blade’s Edge Mountain called Ride the Lightning. Not to mention the hundreds of videos uploaded to YouTube that contain Metallica’s music as the player shows off their moves in any of Blizzard’s franchises.

Tickets to the convention are already sold out, but viewers at home can still join the fun by ordering the BlizzCon Virtual Ticket($39.99 USD). This offers an easy live online coverage of both days of the event–including the community contests on Friday and Metallica’s performance on Saturday night!