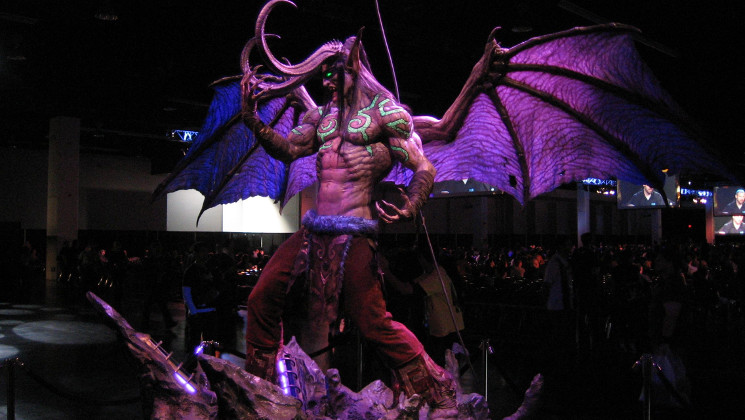 BlizzCon is less than a month away, but that doesn’t stop Blizzard Entertainment from teasing their fan-base mercilessly.  Of course, Blizzard couldn’t show everything, but they did want to share a sneak-peek at what will be in store. Supplies will be limited so if you aren’t going to be at BlizzCon in person or haven’t purchased your Virtual Ticket yet, now is the time to scramble on over and purchase it.

To access the sale on these dates, log in to the Blizzard Store with the Battle.net® account associated with your BlizzCon ticket or Virtual Ticket (physical ticket buyers can view this info in their Order History).

But just what is Blizzard planning on selling from October 11 to November 9? All that was provided was a teasing close-up of six items that will be available for pre-order and on the convention floor. 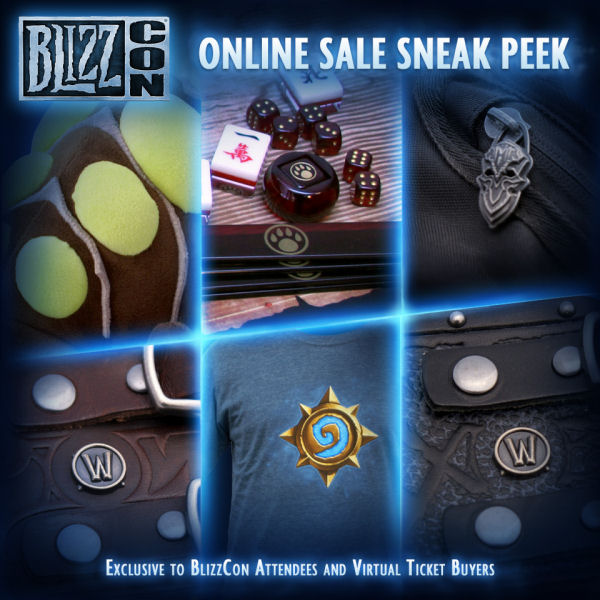 Well, I can tell what at least half of those items are. In the top left corner, we have what looks to be a Baneling butt from StarCraft II. Actually, I saw him chilling in a case at the fansite mixer at the end of June.

In the top middle is what looks to be a Mists of Pandaria mahjong. This is probably inspired from the limited edition Warcraft mahjong set. It doesn’t look quite as snazzy as the limited edition one, but would still look great in any board game collection.

In the bottom middle, we have the “first” official Hearthstone t-shirt. Now you can proudly sport the symbol brazenly in the middle of your chest.

As for the other 3 items, I’m completely clueless. The top looks to be a Diablo inspired zipper tab to possibly a really nifty bag while the bottom left and right are Warcraftrelated and leather looking. Perhaps the latter are for the differing faction bracers.

What other BlizzCon merchandise do you think will be sold this year? What about those last three loot pieces that leave me baffled? Let me know in the comments.