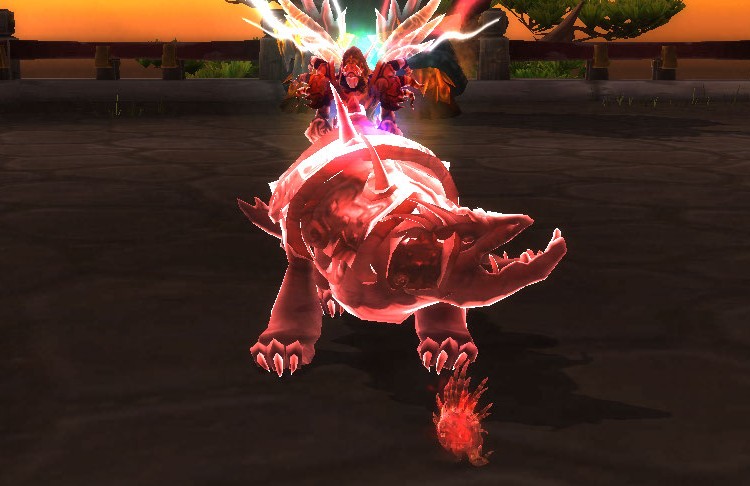 Carebear changes for the Timeless Isle in Warcraft!

Over the last 9 months, the traffic on Timeless Isle has steadily decreased and the World of Warcraft team has taken note. The latest hotfixes for Patch 5.4.8 focuses mostly on the isolated zone locked outside of time.

Community Manager Lore explained on the forums about how popular the Timeless Isle once was when it was first released. Now the Isle sees mostly alternate characters or players just seeking out rare creatures. This decreased the ability for the Open-PvP feature on the Isle.

The Fire-Watcher’s Oath allows the collection of Bloody Coins from PvP kills, doesn’t change your faction, and it can be used anywhere – including Battlegrounds. We’ve reduced its cooldown to 10 minutes (which matches its duration), removed the mounting restrictions, and have dramatically increased the ability to earn coins from PvP kills while it’s active. We want players interested in earning Bloody Coins to seek them out in a Battleground with use of the Fire-Watcher’s Oath.

Now players who still wish to collect Bloody Coins can do so off the Timeless Isle with Battlegrounds. Those still farming for the Bloody Coin vanity pet and mount will be capable in later patches too.