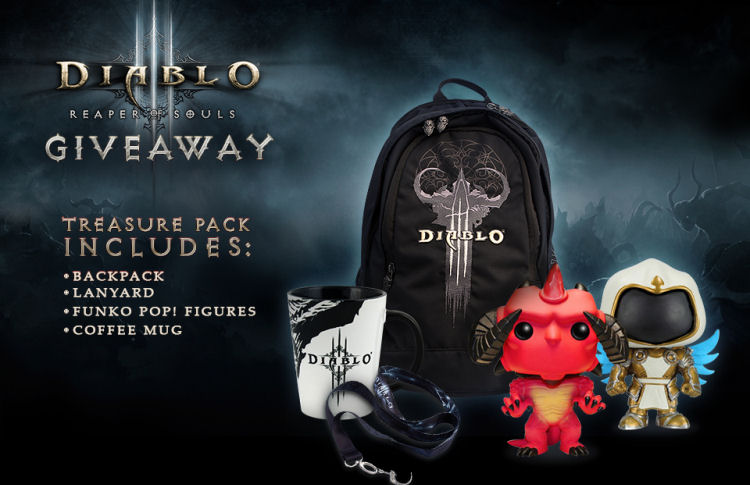 Enter for a chance at some epic loot from Diablo III Second Anniversary!

On May 15th, Diablo III will be turning two years old and Blizzard Entertainment is giving away free stuff to celebrate! Join the festivities by entering to win 1 of 25 Anniversary Treasure Packs!

What’s inside a Treasure Pack, you ask? The Diablo III Anniversary Treasure Pack contains an assortment of collectibles from the official Blizzard Gear Store, including:

Reaper of Souls Back Pack

For more information and to enter the giveaway, click here.

Disclaimer: This giveaway is hosted by Blizzard Entertainment. GAMEBREAKER TV is not hosting this giveaway.