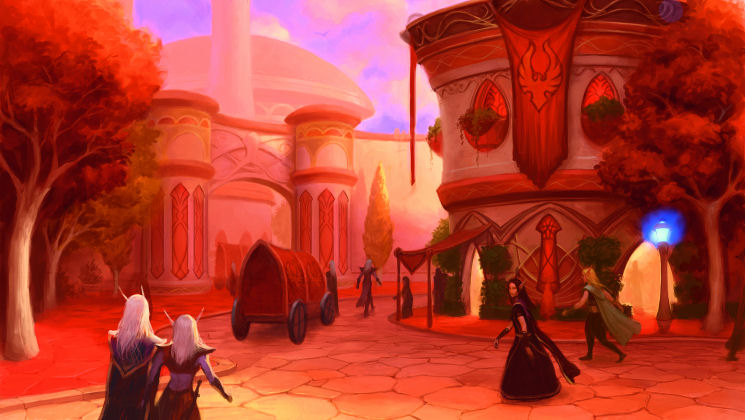 Slowly but surely, World of Warcraft realms are being connected together! Round 4 brings a 4th to the already connected and possible forum merge?

Community Manager Nethaera is back on the World of Warcraft forums with another update to Connected Realms. This time, only five sets of realms are being connected, but if you look at the last one, you’ll see a returning group.

US – Dunemaul is in fact being connected with the other three already connect realms US – Boulderfist, US – Bloodscalp, and US – Maiev. Dunemaul isn’t that much larger than Maiev, but no where close to the size of either Boulderfist and Bloodscalp. That’s still fairly close to 150,000 player mark with some wiggle room.

And in the previous round, US – Aegwynn is already connected with US – Gurubashi. Again, Blizzard is still testing the population limitations with Connected Realms.

While balance is still the leading complaint on the forums, the Warcraft team are still nowhere close to being able to expand on the technology currently to alleviate that issue. The primary concern for the team is still getting all the lower population severs connected without issue and bring life back to them with Connected Realms.

But what I took away from this update was the concern players on Boulderfist/Bloodscalp/Dunemaul/Maiev had for their forums. Currently, the Connected Realms are joined in-game, but they are still separated on the official forums. It definitely makes recruiting a bit difficult needless to say.

It’s something we’re discussing. We haven’t decided anything as of yet though. It may be something that we will need to wait and do after we’ve determined all of the connections. We’ll keep you all informed as much as possible..

How do you think Blizzard will handle the separated realm forums? Is 150k server population the end goal for Connected Realms? Are you still waiting for a connection?