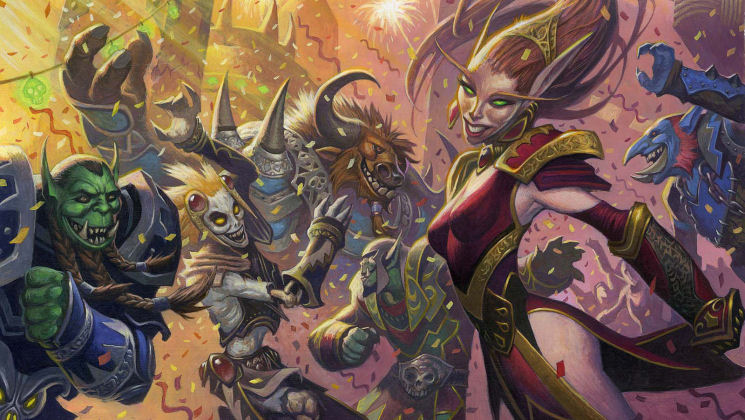 World of Warcraft has heard the cries on the forums! More servers are being connected on no specific date!

It’s only been a little over a week since World of Warcraft did their last round of Connected Realms. The previous two rounds only connected two realms together. Last week, the lucky realms were US-Black Dragonflight and US-Skullcrusher.

It seems the chain has finally been broken! While the Warcraft team is still showing Horde favoritism with the latest list (yes a LIST) of Connected Realms, there is in fact some Alliance love. Not only that, but there is LOW population love!

However, it appears that for now they are still ONLY connecting more PvP realms. When you think about it though, the majority of low population servers have been PvP. The excuse may be that not many like the idea of Open World PvP.

Whine And You Shall Receive

Yes, it seems there was quite a loud commotion on the forums the previous round of Connected Realms. The primary issue was divided between the slowness of the connections and the fact that Blizzard wasn’t connecting the “true” low population servers.

I know a lot of you are looking forward to having your realm connected (or even just knowing when and who you’ll be connected to), but keep in mind that these initial connections are to test the various steps and results of what is a very involved and complicated process. We need to make these initial connections, nail down the processes, find and resolve any issues we run into, etc. before finalizing next steps as the results of the tests will have a direct impact on how and when we make all future connections. The realms connected thus far were chosen specifically to help identify potential issues, and not necessarily because they would benefit the most from a connection. (Source)

With the testing phase out of the way, the team is pairing 6 sets of realms–all PvP–of varying timezones and sizes. But the last pairing is most conflicting.

Now according to 5.4 Patch Notes under New Feature: Connected Realms:

Connected Realm is a set of two or more standard realms that have been permanently and seamlessly “linked.”

So that means that US-Bloodscalp and US-Boulderfist are the same server now. They won’t be disconnected from one another in the foreseeable future. Which means that US-Maiev is the first server to be added to an already existing Connected Realm group.

And that means, MORE TESTING! Yes, it seems that by adding US-Maiev to an already Connected Realm group means they are testing the technology and looking for potential issues that may occur.