Details on Hearthstone: Curse of Naxxramas 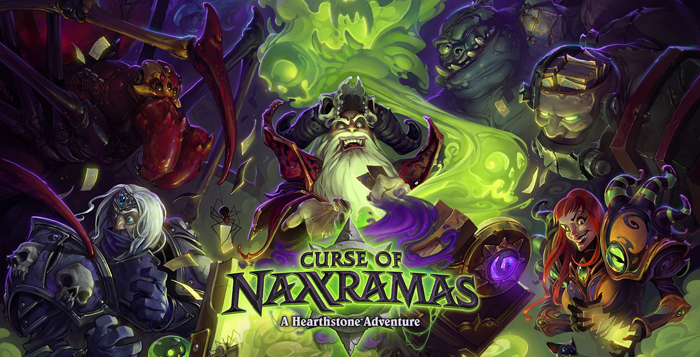 Hearthstone: Curse of Naxxramas has a gating system, but how much will it cost players?

Once buried deep in the arctic lands of Northrend, Naxxramas was once the Nerubian home to the now fallen king, Anub’arak. Its corridors were transformed by the Lich King’s dark power and lifted from its subterranean location and into the skies. It became the base operation for Kel’Thuzad to spread the crippling scrouge plague across Lordaeron.

The secret to entering the necropolis capital lies hidden in the least expected area–near the enemy’s front lines.

Naxxramas has five wings designed to bring destruction to the people of Azeroth. Players must undergo challenges in each wing as they unlock. Meaning Curse of Naxxramas will open its gates one wing at a time, with a new wing each week starting with Arachnid Quarter, Plague Quarter, Military Quarter, Construct Quarter, and Frostwyrm Lair.

Many World of Warcraft players are familiar with the floating necropolis, Naxxramas, but for the new Hearthstone players it’s a whole new playing field.

Players who begin their adventures in Naxxramas during the launch event will gain free access to the first wing: the Arachnid Quarter. The launch event will last roughly a month or so, meaning you’ll have plenty of time to get your foot in the door—we’ll have more details to share about that later on. The web-choked corridors of the Arachnid Quarter are home to the bosses Anub’Rekhan, Grand Widow Faerlina, and Maexxna. Defeating these bosses will add new cards to your collection and give you a taste of the dangers that await you deeper inside Naxxramas.

It Comes In Bundles

The Arachnid Quarter will be free to access for Hearthstone players. The remain four wings can be purchased for 700 gold per wing or $6.99 (5.99 EUR/4.99 GBP) per wing. How can one earn in-game gold? By completing the quests or challenging yourself in arenas. 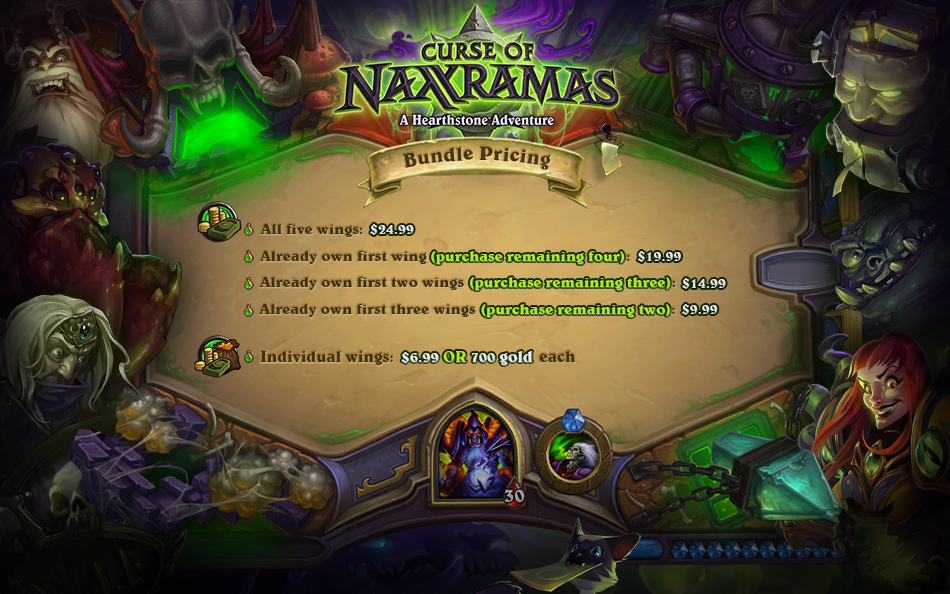 Remember, Hearthstone players, you will have to wait for each wing to officially open. Purchasing a bundle or all of the Curse of Naxxramas will not grant early access.

Time For A Real Challenge

Heroes, prepare to defend Azeroth against the Curse of Naxxramas soon™!