Double the Legendary in Diablo 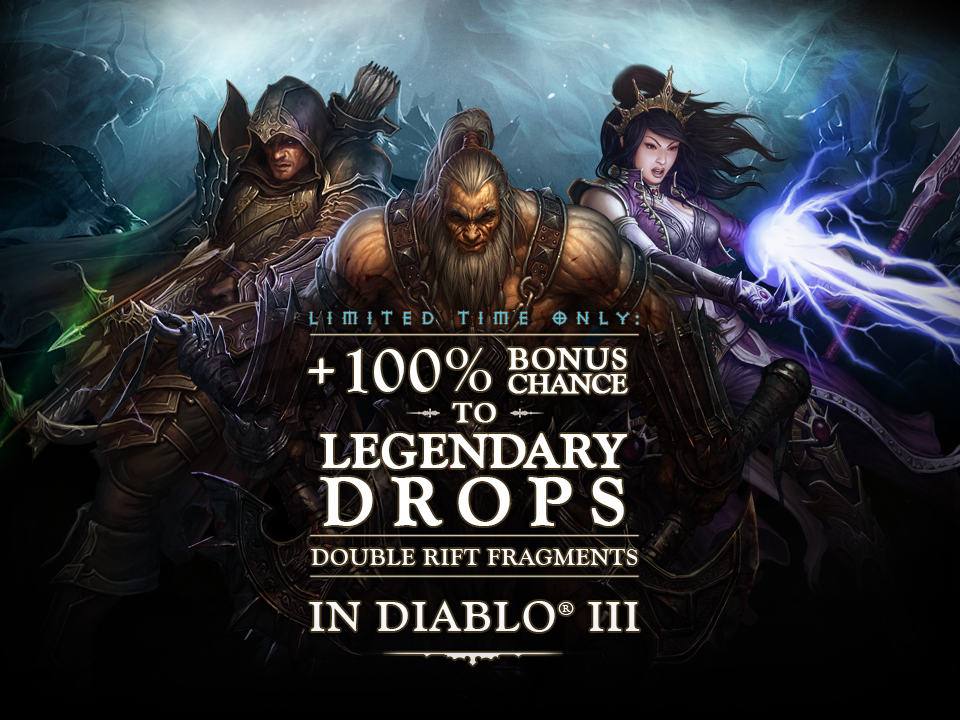 Diablo III will be having its 2nd anniversary on May 15th! To celebrate Blizzard Entertainment is continuing to give to the heroes defending Sanctuary by aiding them with a bonus.

To celebrate the game’s second anniversary and the community that made it all possible, players who log in to defend Sanctuary this week will receive double Rift Fragments as well as a +100% boost to their chance to find Legendary items. This bonus birthday buff begins in the Americas on Thursday, May 15 at 12:00 a.m. PDT and ends on Thursday, May 22 at 5:00 a.m. PDT.

Be aware that this buff is only available to players for PC and Mac only! Battle your way through the Burning Hells, invade the High Heavens, and defeat Death itself with your new Legendary items.