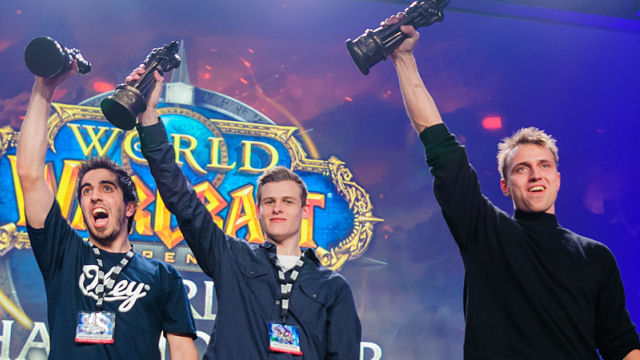 The exciting future of eSports is coming to World of Warcraft in 2015.

Exciting new opportunities are in the works for World of Warcraft and its future in eSports. What is to come with the new year all focuses on a feature that was revitalized with Warlords of Draenor—skirmishes.

Skirmishes was originally introduced to Warcraft with ranked play Arenas. It was identical to Arena play in every way except there was no ranking ladder or rating involved. This made skirmishes a very redundant feature that few took advantage of and so it was removed with Cataclysm‘s launch.

Over time, there was an increase in demand for a “lower-pressure” of Arena gameplay for new players. The team then revisited the idea of skirmishes to have it fill in that missing gap with some improvements.

With Warlords of Draenor, skirmishes was reintroduced with several key differences. While they were still an unranked form of Arenas, players can only queue for 2v2 or 3v3 with friends or solo. Also for those who won a skirmish would be rewarded with Honor and a random bonus, either gold, more Honor, Conquest, or more.

Skirmishes is designed for new players to test the waters with Arena PvP while allowing veteran players to test new specs or builds without tanking their season ranking. But there is one key feature that had many excited for skirmishes.

Finally, the hardcore PvPers have their long awaited answer. After jumping through hoops utilizing clever mechanics and third-party add-ons, Blizzard has heard the cries and decided to simplify matters with their own spectator mode.

It will be a spectator invite system that will allow a match organizer to two teams to face off against each other in a War Game. When the match begins, those in the organizer’s party will be able to watch it unfold.

Also add-on developers will be able to make tools for tournament organizers to be able to customize how the match is presented. This will make improvements to the default UI that was briefly presented in the World of Warcraft Arena Championship.

The only negative to skirmishes currently is the downtime during PvP peak season. Currently, they aren’t being utilized much by Warcraft players. That’s why in 2015 Blizzard Entertainment will be working with their eSports partners to bring more tournaments for World of Warcraft. Although cultivating a game for eSports can be fickle, this is the right direction to get the game back into the sphere. 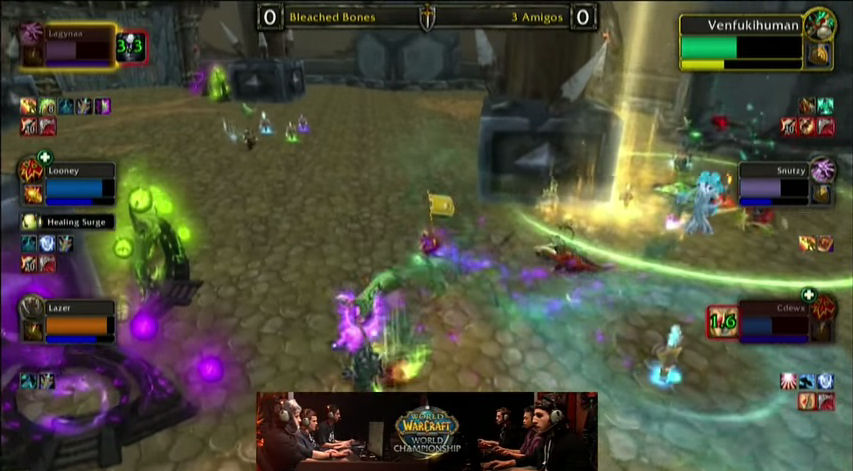 And the UI that was implemented for the World of Warcraft Arena Championship will also receive improvement for Spectator Invite, which seems to have yet to be added. The team is already working hard to overhaul the UI to help viewers better follow the action. It will be widely available for use in player-run tournaments, partner tournaments, and online casting.

We won’t know all the details until the New Year, but 2015 is already looking bright for World of Warcraft eSports.