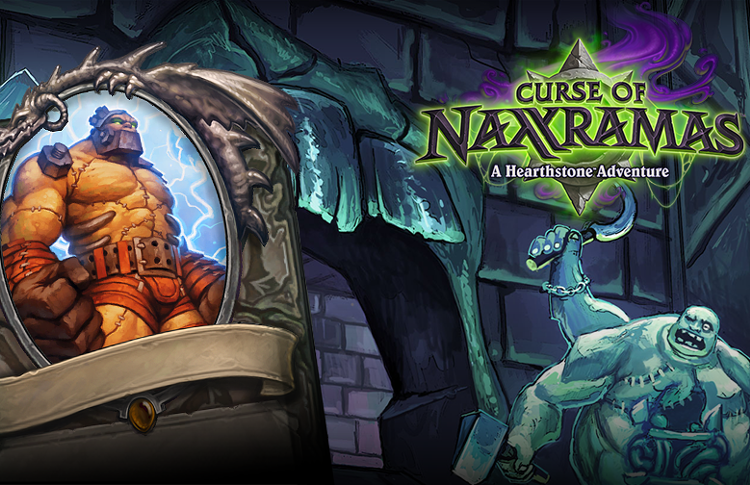 The Frankenstein monsters of the Construct Quarter are on the loose in Hearthstone: Curse of Naxxramas!

Get the pitchforks and torches ready! The experiments of the necropolis capital are on the loose. The Curse of Naxxramas Construct Quarter is now live!

The Construct Quarter is an ooze-soaked laboratory where Kel’Thuzad’s more scientifically minded minions assemble undead abominations amongst sparking tesla coils. It’s a hair-raising experience that’ll leave you in stitches, but best of all, deconstructing these vile reconstructions will reward you with all-new Hearthstone cards!

The Construct Quarter is host to four patched-up bosses protecting their creator, Kel’Thuzad. The first boss is an abomination with immense speed and strength named Patchwerk. Defeating him will reward players with the Undertaker.

Leading the army of flesh giants is the second boss, Grobbulus, who can decimate armies by infecting his foes. Put a stopper to his injector and the Mad Scientist will be rewarded.

Next up is most loyal of Kel’Thuzad’s experiments, the ravenous guard dog, Gluth. Put this undead canine to rest to receive his favorite meal of Zombie Chow.

Thaddius is the final boss and will be a familiar shock to adventurers. Kill his circuit and lay his inner souls to rest to win Wailing Soul.

Once all four bosses are defeated in the Construct Quarter, Thaddius’s aids, Feugen and Stalagg will be added to players’ collections as Legendaries. Players will also unlock the class challenges for Warrior and Priest.

For that extra challenge, Heroic Mode will be available to face off against all four bosses once more. But be warned, you will either have to disassemble them quickly or become part of them in their repairs.

Adventure further into the necropolis capital and the Construct Quarter today!