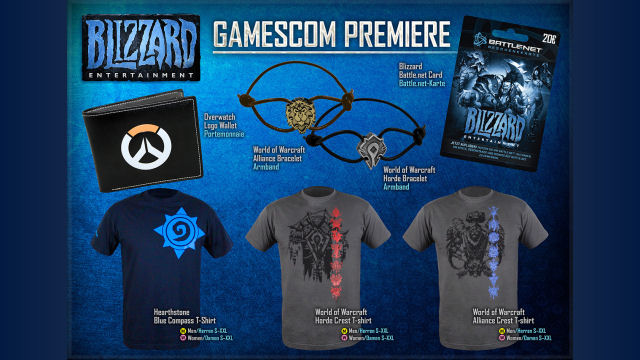 New Blizzard Entertainment Gear will be available for purchase at gamescom!

Blizzard Entertainment is going to be a huge feature over in Cologne, Germany during gamescom this year. Not only will the company be revealing the next World of Warcraft expansion, but attendees can pick up new Blizzard Entertainment gear of their favorite franchises! And just like San Diego Comic-Con 2015, they’ll also be able to pick up some of the convention exclusives! Unfortunately, some of these items may not be available to purchase through Blizzard Entertainment’s Gear store any time soon™.

Warcraft fans won’t want to miss out on gamescom this year. Mark your calendars for August 6th at 9am PDT (18:00 CEST) for the big reveal of the next expansion during a very special live stream. Players won’t have to wait until BlizzCon 2015 for the next big enemy Azerothian heroes must face.