Get The Rundown On Gear Changes Coming To World of Warcraft 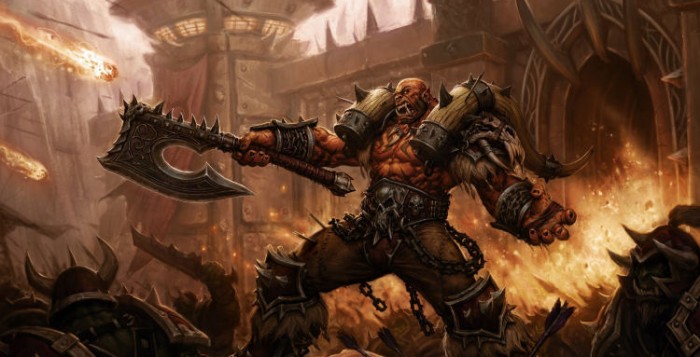 Times a-changing for Patch 5.4.8 in World of Warcraft! Valor, item upgrades, and more!

Another patch for World of Warcraft is on the horizon–er, PTR. The Siege of Orgrimmar has been released for approximately eight months with no word on Warlords of Draenor beta so far. But don’t start panicking on the forums just yet! There are changes with Patch 5.4.8.

For instance, if you have an item level 553 Greatsword of Pride’s Fall and its Upgrade Level is 2/2 making it item level 561, once the new patch goes live it will display 2/4 and allow you the opportunity to bump it up to item level 569.

This will definitely be an added perk for those who are working on gearing up a new character or those coming late to the Siege. The Blizzard team is hopeful this will be the added punch needed to help those still facing a brick-wall-boss.

What about the Valor?

But to upgrade your epic loots, you need Valor Points to purchase them! Don’t worry, there’s something new coming as well, a new token. These tokens will be called Deeds of Valor. They will cost 3000 Timeless Coins and can be used to grant your character 100 Valor Points. These Deeds of Valor will be Bind on Pick-Up, so don’t start thinking you can trade them around with other characters or players.

Players who wish to purchase the new token can do so by visiting Mistweaver Ai on the Timeless Isle next to the Celestial Court. Keep in mind, these tokens won’t allow you to go above the current weekly cap on Valor, but they do provide you an extra option to gain the points you may need so you can upgrade your gear.

There was more than just epic items added during the Siege of Orgrimmar. Many players have noted that instead of Garrosh Hellscream dropping epic quality weapons–that would only be replaced at the start of the next expansion–he drops heirloom weapons that work all the way to level 100. And heirloom items certainly are not epic items.

Since heirloom items cannot be upgraded with Valor Points, they will be increased by 8 ilvls in 5.4.8.

The intent of the 5.4.8 VP upgrade change is to let people continue to progress, and we don’t want those who are using one of the Garrosh BoA weapons as their primary weapon to feel like they need to go get a brand new weapon due to this change.

But heirlooms weren’t the only non-epic item added with 5.4. After a grueling journey with the Black Prince, Wrathion, players should hopefully have or are fast approaching to completing their Legendary Cloak chain (I know I did this week). And these Legendary Cloaks are major DPS boosters!

The Legendary Cloaks will benefit from the Upgraded Upgrade along side the epic items. These cloaks are automatically set for 2/2 Upgrade. With Patch 5.4.8, they will have two more additional upgrades, making them 2/4. These upgrades, however, will not be automatic and will need to be purchased with Valor Points.

With all these changes to items, that means that there will be very little to no reason for Siege of Orgrimmar to face a nerf or raid-wide buff like previous end-expansion raids. We learned from Icecrown Citadel’s raid-wide buff that it gave players a very unrealistic image of themselves and the “Power of the Aspects” nerf-buff steady increase started the cry about “true raiders”.

If there was word about this being present for Siege of Orgrimmar before the Pre-Patch 6.0, players might start scrambling to defeat Garrosh at a quicker pace (for that Feat of Strength). Hopefully, one won’t be required for this end-expansion raid.

All of these changes are decent quality of life upgrades, but remember that more changes will be coming to the Siege of Orgrimmar with Patch 6.0–Pre-Patch of Warlords of Draenor. Players will experience the stat item squish, the raid size changes, and class changes once 6.0 launches. These items will be affected by all of this, but hopefully even with the Upgrade perks they will still carry quite the punch.

Do these changes feel irrelevant when more changes will just be coming for Patch 6.0 that will, according to Blizzard, already make certain bosses easier? Do you think they might still implement a raid-wide buff/nerf? Will the item level increase be enough for your team?