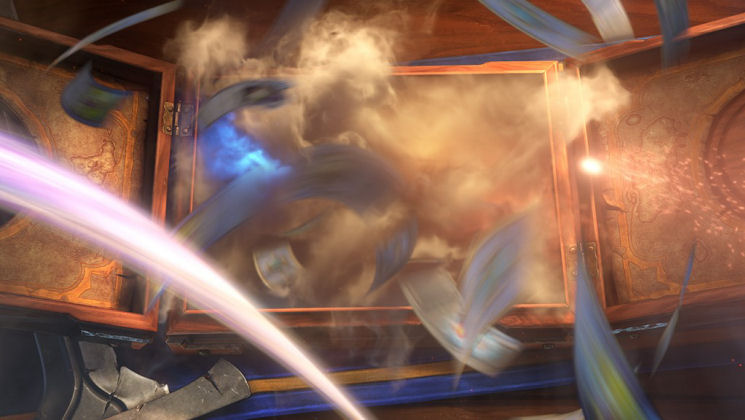 The first patch notes for Hearthstone filled with new features, nerfs, and buffs.

With maintenance underway for the North American region of Hearthstone: Heroes of Warcraft™, the first patch notes are now available for your reading pleasure. To spare you from reading the exact same thing, I’m just going to go over some of the more exciting changes.

There is now a maximum level of 60 and you can earn XP in any game mode up to the max level. While, I never hit the last build’s max level, and I really don’t recall if there was one to begin with–feel free to correct me. But at least now there’s a goal to be met.

You can now acquire Golden Basic minions at higher experience levels. Everyone remembers looking for those shiny holographic versions of their favorite cards. Now you’ll be able to flash your “wealth” in Hearthstone as well with more Golden cards.

“Spell Power +1” has been renamed “Spell Damage +1”. This was probably done to alleviate some confusion. I’m fairly certain that Spell Power didn’t increase all spells, but just damaging abilities such as fan of knives, fireball, etc.. So this change makes absolute sense.

Play, Practice, and Friendly Play modes will now default to the custom deck selection UI if you’ve previously created a deck. Nothing like taking the time to make that deck for a daily and then running with the basic deck on accident. Major bummer that will now be avoidable.

Quests that required you to win with a class now give you a choice between 2 classes. Because there’s that hero class that you still haven’t figured out and you would rather not do it in play mode for your daily. Hopefully, the choices aren’t your two least favorites.

Crafting Mode – If you want to craft of disenchant cards, we have a new UI for this. Click the “Crafting Mode” button to check it out. This was covered in the new features patch highlights, but this will be a huge improvement from the little button in your collections area.

Open Next Pack – Hit Spacebar after you open a pack to quickly unwrap your next one. Nothing like buying over 40 packs and having to drag and drop them. Though, some players were doing some superstitious rituals with each pack.

Fix multiple issues with Faceless Manipulator incorrectly copying minions with buffs. I actually witnessed this little issue last night, which might account for Faceless Manipulator’s dominating use in most deck builds. No longer will this copycat be able to have the high damage of your Questing Adventurer!

Fixed an issue where disenchanting cards too quickly caused the Arcane Dust counter to display the incorrect value. There’s nothing like going to make those awesome legendary cards to finish out your deck build only to discover there was a calculation error internally.

The opponent’s targeting arrow should now be appearing from the correct location. This bug was certainly entertaining when you would see the arrow coming from beyond the board. Where it was coming from, that will be left to the imagination.

Fixed an issue where the hero power button could become tilted. Though this issue wasn’t just isolated for the hero power but the end turn button as well. It wasn’t visually appealing to see both those buttons broken.

If you want to know the minute changes that have been done to generic minions or each hero class, make sure to check out the notes available on the Hearthstone official website.