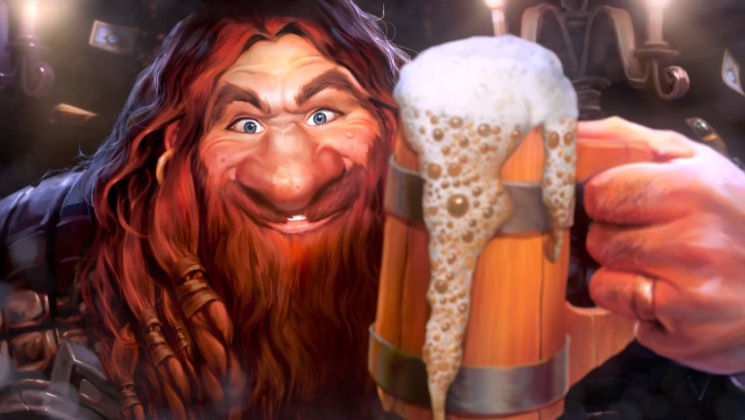 We’re getting closer to BlizzCon and the Hearthstone Innkeeper’s Invitational Tournament. With only a little over two weeks to go,Blizzard Entertainment took the time to talk with the competitors. These will be the players invited to participate in this tournament at BlizzCon: Noxious, Hafu, Husky, Reckful, Trump, Kripparian, Day[9], and Artosis. If you’re unsure of which team to root for in the tournament, check out the first four interviews from Hearthstone: Heroes of Warcraft. 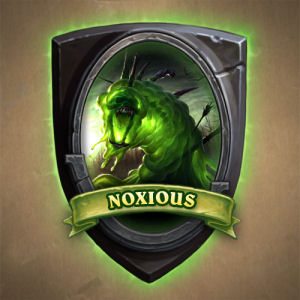 I’ve been a Magic: the Gathering addict since my very early age, and World of Warcraft was the first MMO which I played on a “hardcore” level. I never had the funds (nor the nearby community) to get into the old WoW TCG, and was absolutely ecstatic when Hearthstone was announced. It was the best of all worlds: it was on a computer, it was a card game, and it was in the Warcraft Universe. I had a nerd epiphany.

I typically try to aim for cards that will be useful regardless of whether or not they make it to the next turn, so if I were to cite “must-haves” in common cards, I’d probably say the Dark Iron Dwarf, Cult Master and Harvest Golem. The first can give you an instantaneous “positive trade” (trading a small minion for a larger, more costly one), the second one can be played before you’re about to trade everything you’ve got to replace it all, and the third one is a complete nightmare to deal with.

There are a lot of Rare cards I value highly, but I think the Azure Drake and Argent Commander are my top 2 favorite to see. The Drake being a 4/4 makes it a good,solid body, but the Spell Power and cantrip effect smacked onto it are just lovely. As for the Argent Commander, he’s a surprise on a stick that can change board states on his own. This is even truer when you are not forced to use his Divine Shield right away (e.g: kill a Flametongue Totem), as the opponent will at least trade one card for it, and in some cases 2 or 3, and that is AFTER you’ve used him once!

I think it would be a Legendary Gnome alchemist character that kills other minions at random by throwing vials of poison on them at the start or end of your turn. :D

Even though some of the people who have watched me think I’m a really good player, I know full well that a lot of the players in the ManaGrind community straight up outclass me, although they are much less known. Of those that I consider the best players, spaJJ comes to mind as well as Moon, Byke and jotto. And Doroxx, but I haven’t seen him around in a long time! Can’t say I’m eager to go against Trump and Kripparrian either. . . .

As a whole, I have to say I’m in absolute love with the game’s “physical” feel. I can’t remotely believe the “physicality” of real card games was captured this well. And for the sake of awesomeness, I can actually control the Dragon Aspects!

Show your support for Noxious on Twitter using the hashtag #teamnoxious! 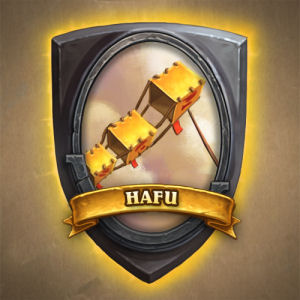 I’ve never tried the CCG genre but I’m a huge Blizzard fan so I thought I’d give it a shot.  I’m super hooked now. :)

Acidic Swamp Ooze — I think weapons are super strong in Hearthstone!  Oozing a Gorehowl is the best feeling. :)

Shadow Madness — Even though I’m still learning Priest, I feel like this card has a lot of potential for fun plays.

Kirin Tor Mage — I main Mage and feel like this card is extremely strong even without a Secret.  If you can combo a Secret with it, it’s super scary.

Mad Bomber — Even though it’s a love-hate relationship, I find myself picking Mad Bomber time and time again.  Please Bomber, have mercy– I believe in you.

I have a lot of respect for everyone who’s playing in the tournament. I’m especially fearful of Kripparian and Trump since I know they have extensive CCG experience and have been playing Hearthstone non-stop for the last couple of months. Even though it’s my first CCG I feel as though I should not be underestimated! My top-decking skills are unmatched.

I truly enjoy The Arena because although there is a small luck factor on the cards you draw, you more or less can construct a strong deck every time.

Show your support for Hafu on Twitter using the hashtag #teamhafu! 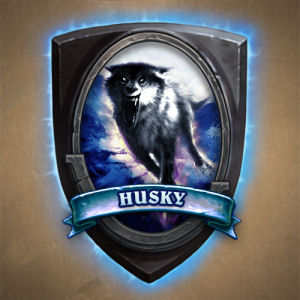 Online Alias Most people call me ‘Husky’. Oftentimes I have been referred to as ‘that one guy.’

Ever since middle school I have played basically every collectible card game there is. The most obvious being Magic the Gathering but I have many fond memories of playing the Star Wars, Dragon Ball Z, and Pokemon card games as well.

I feel like this is a question where Day[9] and Artosis will probably go super analytic mode, carefully crafting their answers to be both insightful and inspiring. For me? I really like Murlocs, Pirates, and Bloodlusting totems. If I could make a deck consisting purely of Overlords, Wirt’s Leg, Mankrik’s wife and that one dying guy outside the citadel in Diablo 1, I totally would.

Name: HuskyStarCraft Cost: 10 mana Stats: 0/1 Rarity: WHY DO I KEEP DRAWING THIS CARD??? Description: Discard your enemy’s deck. Or yours by accident. #TypicalHusky

I firmly believe that I am the worst player in this tournament. For that reason the only thing they should fear is accidentally losing to me. Really the only thing important to me is that I don’t lose to Day[9] at any point in the tournament.

Honestly, Hearthstone is an extremely fun game. It’s a game you can play for countless hours or a quick 10 minute game. In typical Blizzard fashion, the game is easy to pick up but surprisingly challenging to master. I really think there is a lot more depth to the game than someone might first realize.

Show your support for Husky on Twitter using the hashtag #teamhusky! 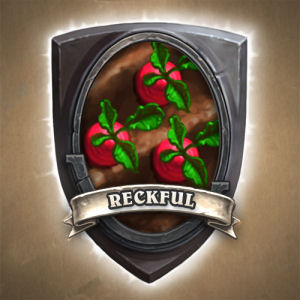 I received a beta key so I thought I’d try it out.  I didn’t think I’d like the game—other than the Pokemon one when I was 10, I hadn’t played card games in the past.  Within an hour I was hooked.

All of the drawing cards:

Skill seems to matter much more when both players have many cards in hand.  Although it’s technically a bad card, some of my decks even use Coldlight Oracle, which draws 2 cards for each player.

Farmer Byron – a legendary costing between 5-8 mana that spawns 1/1 crops every turn, and if the crop dies you draw a card (if the farmer harvests the crops you get a card).

I respect all the players in the tournament, but I’m most scared of Day[9] and Artosis. Most the other players I’ve met or talked to; Day[9] and Artosis, in my mind, are a scary unknown. That famous person you haven’t met yet; they always end up being human beings like everyone else, but there’s that initial fear.

The ability to log in and play a competitive game whenever I want. I’ve always played team games where I couldn’t do that.

Show your support for Reckful on Twitter using the hashtag #teamreckful!

Don’t forget that you can watch the full event, including development panels and other Blizzard Entertainment events by purchasing the Virtual Ticket today! Who will you be rooting for during the Innkeeper’s Invitation?