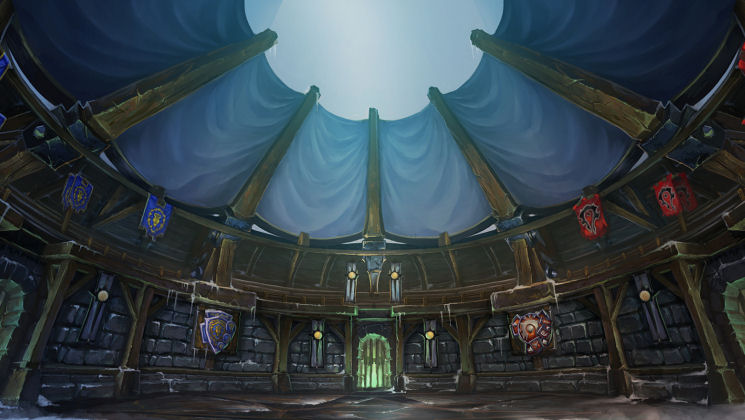 We’re just one week away from BlizzCon and the Hearthstone Innkeeper’s Invitational Tournament. It’s time for part two of the competitors. Noxious, Hafu, Husky, Reckful, Trump, Kripparian, Day[9], and Artosis are the chosen players for the firstHearthstone: Heroes of Warcraft “official” tournament. If you’re still unsure of which team to root for in the tournament, check out the last four interviews from Hearthstone. 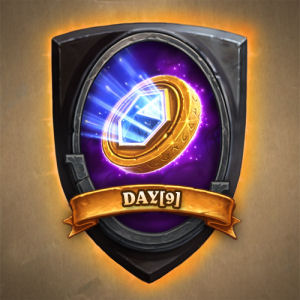 It’s a Blizzard game, I’ve never *not* played a Blizzard game. :P Specifically, I got the chance to play the game right before the Beta came out and I was blown away by the interface and visuals. The explosions, animations, and sound design give card games the visceral, fun feel I’ve always wanted.

Be a Better Gamer.

I’m deeply flattered that you credit me with having intelligent Arena picks. If I’m trying to “play well,” I’ll likely be looking for solid value cards like Chillwind Yeti or Harvest Golem.  However, some of my biggest pleasures in games is playing “gamble mode” cards. Either they work amazingly or horribly. Either way, it’s a blast. Cards like Millhouse Manastorm, Tinkmaster Overspark, and Alarm-o-bot come to mind. :D

Be a Better Gamer: 1 Mana: Until end of turn: All your cards cost (1) less this turn. Next turn, lose the game.

I so totally have a grudge against Husky. We are definitely not great friends in real life and have consistent malice towards each other. I wish cruel things on him, like soggy cereal or bad movie recommendations on Netflix.

I opened THREE Legendaries in a row. May the RNG gods be praised!

Show your support for Day[9] on Twitter using the hashtag #teamday9! 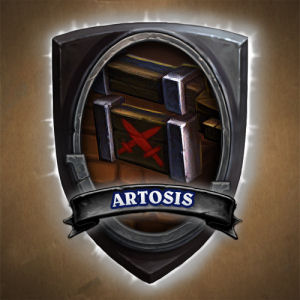 I was a Magic: The Gathering player for a very long time, in addition to being a professional SC1/2 player and caster. When I heard about Blizzard making a CCG, I knew I’d love it!

When you’re ahead, get more ahead.

It would have to be Legendary, first off. I’m pretty sure it would draw you cards, and always be cost efficient.

I really respect LS, he’s a very strong player that I practice against a lot. Doa always has crazy decks that seem to work as well. StrifeCro is a really strong player too.

I really like how easy it is to create a large number of decks and be able to play with them at a moment’s notice.

Show your support for Artosis on Twitter using the hashtag #teamartosis! 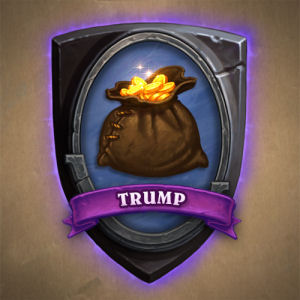 I’ve played Magic: The Gathering quite a bit.  The move to Hearthstone is natural since I’m a big fan of strategy and of card games. Once I got started I couldn’t stop!

While no individual card is a “must-have”, and many are a “nice to have,” I’ll list a few card types which every deck needs, represented by some common cards.

1.  Bloodfen Raptor – The humble and early 2 drops. You need a few of these which have good stats to survive and/or put pressure in the early game.

2.  Chillwind Yeti – You always want to look for efficient mid-game minions which are individually strong and able to win against opposing minions of equal mana cost.

3.  Boulderfist Ogre – See a pattern?  A few minions like the ogre—big minions—which are, again, individually strong, are the key to victory.

4.  Spellbreaker – Minions with useful utility while still having fairly good attack and health values are critical to your success.

5.  Shadow Bolt – Of course, you can’t only have minions. You’ll want some spells, and generally, those which affect the board in a meaningful way (in this example, something that generally kills minions) are the best.

A legendary panda minion named “Trum Po” with the text: “You control the outcome of all random effects of your cards.”

I respect all of them!  While fear isn’t the word I would use for what I feel of any of my competitors, I believe in doing my due diligence and so I am wary of all of them and come in with full expectations that they will prove to be tough competition.

The voice acting of all the cards!  My favorite one is Venture Co. Mercenary’s “Y-y-you gotta be kiddin’ me!”

Show your support for Trump on Twitter using the hashtag #teamtrump! 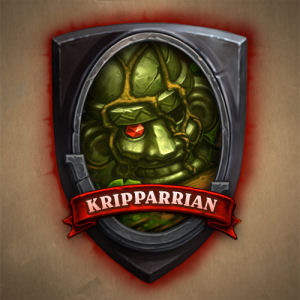 As a necessary part of life, I must play all Blizzard games. A viewer of my stream sent me a beta key to play Hearthstone right as I realized how bored I was with the other games I was playing. I gave the game a try and haven’t stopped playing or thinking about it since.

1. Ysera: The strongest single card in Hearthstone. Every Arena draft with this card is amazing because there is always hope that you draw it and proceed to make a miraculous comeback.

2. Venture Co Mercenary AKA “The Kitten”: I didn’t like this card at first, but the combination of its amazing in game emotes and its devastating presence on turn 5 makes it the most lovable card in the set.

3. Defender of Argus: One of the best control cards in the game. Early board control is largely based on stats over abilities like taunt. Since control players don’t often pick taunts, the Defender combines both stat efficiency and can be a helpful taunt if you need it.

4. Stormwind Champion: There is nothing like a Stormwind Champion pick 25 cards in your draft when you realize you have no endgame. The Champion allows all of your early and mid-game drops to begin trading favorably with mid-game and endgame creatures. It fills the role of multiple high casting cost creatures in one card. This card also has the most epic emotes.

5. Shattered Sun Cleric: The current top 3 mana neutral creature allows you to snowball into an easy win straight from your turn 2 drop beating the opponent’s. The +1/+1 can even come in handy as the game progresses, resulting in a favorable trade.

6 Mana: 2/6 Charge, Battlecry: Silence All Other Minions. Return to Hand at End of Turn.

Anyone who maintains their gold currency while playing 100% arena is playing very well and should be respected. I mostly fear people who do their homework on me, as I stream all my gameplay and thoughts. If you know every card in your opponent’s deck, they are not going to put up much of a fight if you build a deck to beat theirs.

I love the combination of a fast paced card game with all the sounds and themes from Warcraft. I played Magic for many years, but I really disliked the time investment in setting up a game, as well as the lack of attachment to the cards.

Show your support for Kripparian on Twitter using the hashtag #teamkripp!

That wraps up the interviews for the Hearthstone Innkeeper’s Invitational. Who will will be rooting for? Don’t forget that you can catch the full event by purchasing the Virtual Ticket today!