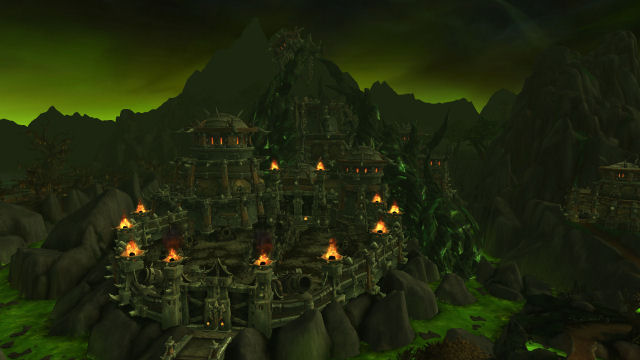 More information has been trickling out on World of Warcraft: Warlords of Draenor Patch 6.2 as it draws closer to release. There is still no set ETA on just when Fury of Hellfire will get off PTR and go live, but raiders can plan out how to take on the bosses in the new raid, Hellfire Citadel.

Located in the heart of Tanaan Jungle, Hellfire Citadel looms in the distance. Inside the fel-corrupted construct, players will be able to earn items ranging in power from item level 675–685 in Raid Finder up to item level 735 in Mythic difficulty. For the Warcraft players who are planning to venture in with Raid Finder, they will need to hone their equipment up item level 650.

Players will be able to venture straight into Normal/Heroic Difficulty Hellfire Citadel as soon as the Patch launches. Again, there is no ETA on when Warcraft Patch 6.2 will be released, but it is coming soon™.