Heroes of the Storm Battle (Mind vs Blizzard) 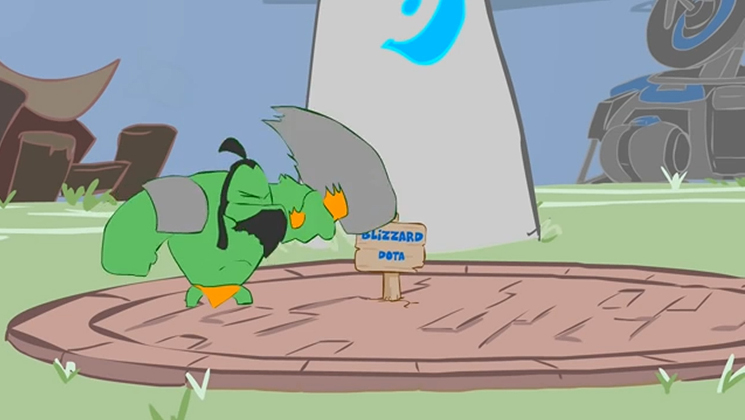 Finnish game developers has issues with Blizzard’s Heroes of the Storm trademark.

Just last week, Blizzard Entertainment revealed the new name for their current underdevelopment MOBA (Massively Online Battle Arena), Heroes of the Storm. This cute and quirky short video had many shouting for joy. However, it seems there is another game under the same name.

Myrskyn Sankarit (Heroes of the Storm) is a children’s tabletop RPG developed by a Finnish game designer, Mike Pohjola. It was crowd funded on IndieGoGo back late summer of 2012. Naturally, Pohjola is concerned.

“I was surprised to find that Blizzard made a grab for the name, considering we’ve been using it for a year, and already have an existing published role-playing game. From my perspective this is a ‘Goliath attacks David’ story.”

Blizzard Entertainment is indeed seen as quite the Goliath in the gaming industry. Whether or not this story will end with David being victorious, it most certainly won’t be a fun adventure for either. Disputes over anything is costly on both ends, but Pohjal is hoping it can be ended peacefully.

“[Legal action] is a possibility, since obviously we can’t both use the same name. Of course, the best case would be if Blizzard simply chose yet another working title for their game.”

It’s a bit ironic that another company would have the very same issue that Blizzard faced with the use of Valve’s DOTA. But according to the United States Patent and Trademark Office and the Office for Harmonization in the Internal Market , Blizzard has already claimed the rights to Heroes of the Storm for the U.S. and most of Europe as well. Currently, Pohjola controls the Finnish trademark, but it is more than a week after Blizzard.

Again, fighting over trademarks can be costly on the end not just for the loser but both sides. Hopefully this doesn’t force Blizzard to change the Heroes of the Storm trademark.