#IFoundPepe in the Blizzard Gear Store 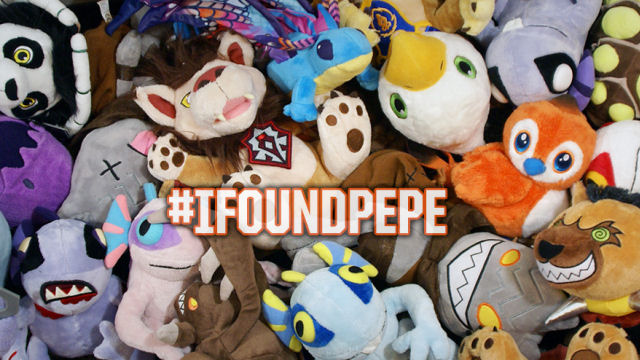 Pepe invades the real world as a plush in the Blizzard Gear Store! Plus Pepe costumes now in-game!

World of Warcraft players’ hearts are all aflutter over the latest plush toy to join the Blizzard Gear Store: Pepe. Standing at 6″ tall, this cuddly new critter will be able to attach his blue, clip feet to clothing, hats, headbands, and more. Pepe even comes with a fully-functioning articulating head that can have him staring deep into on looker’s souls. 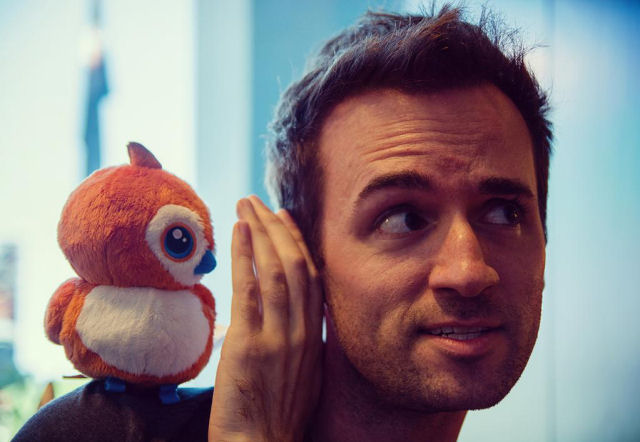 Pepe has been making his subtle appearances in Warcraft since 2013 when his creator, Jordan Powers, joined Blizzard Entertainment as a 3D Artist. This avian was created to “breath life into a 3D project” while he was a student. Soon after he was hired, he just had to get his creation into Warlords of Draenor.

It wasn’t long before he invaded players’ Garrisons to join them as a buff companion and created the Pepe fever. He’s appeared in Hearthstone: Heroes of Azeroth commercials, memes, and in-game selfies. It’s been theorized that he is developing a thirst for blood as he’s been taken along by adventurers against many foes in Warlords for an achievement to forever keep this bright orange bird.

Since he can become a permanent companion, he is venturing into fashion. Much like the Perky Pug before him, Pepe now has his own costume line. Players can now begin the search for four of his costumes which are scattered throughout Draenor. And the Warcraft team is helping with a few bad riddles and rhymes to find them.

Sir Pepe is a knight, you see, but every warrior needs a rest. You’ll find him half-asleep right now near a pile of amythest.

What killed these iron hordies, you thought you knew—but alas, you were wrong. Turns out it was the stealthy Ninja Pepe all along.

Pirate Pepe flew down south to visit his feathered friends. You’ll find him there relaxing in some arrakoa ru-ins.

This Pepe will be easy for anyone to spot. Viking Pepe always thought his dancing moves were hot.

Find all four costumes and earn the I Found Pepe achievement in-game. Follow that by ordering your very own Pepe plush to join in real-life adventures (preferably away from further bloodshed). And join in Warcraft‘s celebration over on Twitter by sharing screenshots and general Pepe love with the hashtage #IFoundPepe!