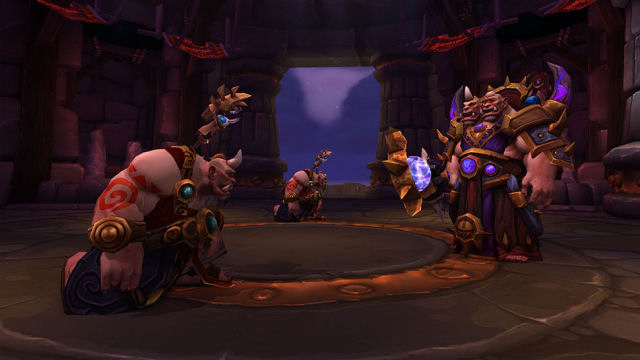 The final boss of Highmaul is available in Raid Finder.

After breaching through the Walled City and storming into the Arcane Sanctum, the final wing, Imperator’s Rise is now open. The heart of Highmaul is finally accessible to World of Warcraft heroes, but what lies ahead won’t go down easy.

Thanks to Raid Finder, many raiders who don’t have the means for regular teams or just want to experience the content can journey within current content raids and get that epic loot. But to be able to gain entry into Highmaul, players will need to have a gear item level of 615+ to queue.

The Imperator’s Rise has the final boss locked within. And Imperator Mar’gok does not wish to be disturbed while in council with five of his trusted advisors.

To learn about the individual mechanics for these bosses, the 15-Minute Guide to Highmaul Bosses Part 2 will be the best tutor. While there aren’t a lot of mechanic changes for Mar’gok, he will still require a sharp mind to defeat him.

Mar’gok is no pushover even in Raid Finder and it’s no surprise he was able to become such a fearsome leader within Highmaul. Steadily, the content has been increasing and difficulty and he will be tough as he will require some raid awareness and target priority. 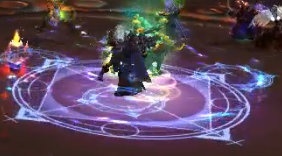 First off, the Destructive Resonance will no longer cause damage to fellow raiders when they are triggered. But it will still have its lingering effects. While it is a good idea not to step inside the mines, they won’t cause an all-out wipe to the group.

Perhaps the most important part to the battle is taking out Mar’gok’s reinforcements. Switching between Arcane Aberrations, Gorian Warmages, and the Gorian Reaver will help alleviate the overall raid damage.

Imperator Mar’gok is perhaps the most challenging inside Highmaul. Those who manage to defeat him will be rewarded–especially if they are on Khadgar’s Legendary questline. Bringing him down will put Warcraft players on the next path for improving those unique, powerful rings

But the next steps won’t be available until after Blackrock Foundry releases sometime in February. Plenty of time to gear up and prepare to face off against the machine heart of the Iron Horde.