Inside Blizzard’s 10th Anniversary Party for World of Warcraft 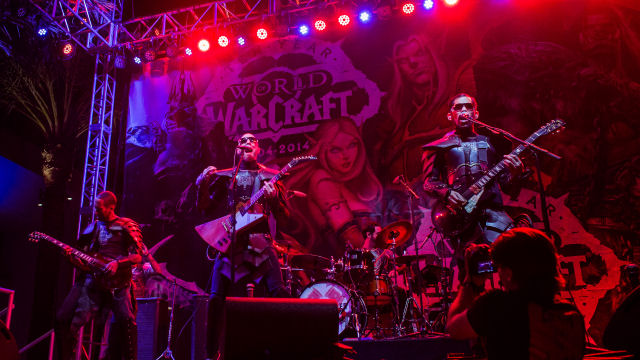 Blizzard Entertainment celebrated 10 years of World of Warcraft with fans at BlizzCon!

Ten years is a long time for one game to survive in the sea of innovation, but there are a few who can lay claim to such prestige. World of Warcraft will be among that crowd tomorrow (November 23rd), when an in-game celebration kicks off! However, Blizzard Entertainment started the party early at BlizzCon.

While the Talent Contest was wrapping up inside the Anaheim Convention Center for BlizzCon Day 1, the festivities were getting pumped up outside. Those who did not get access inside were invited to rock out with fellow Warcraft fans. 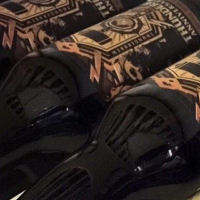 Food and drink flanked the main walkway outside. Many of the food trucks that had parked to feed convention-goers stayed longer to provide sustenance to partiers. Commemorative mugs were given out to those over 21 who purchased the Thunderdrew Anniversary brown ale.

Along the walkway next to the Anaheim Convention Center, photo booth vendors barked their wares, showing off Warcraft weapon props for fans to pose with in front of a green screen.

A DJ was dropping serious beats as he mixed the latest hits closer to the Anaheim Arena. Warcraft players were able to show off their moves, keeping the hope of the elusive Dance Studio alive.

On the main stage, directly across from the convention center, a familiar band returned to Anaheim. Songhammer, the BlizzCon 2013 Talent Contest Winners, rocked the stage with songs from their first album. Fans crowded the area to sing along and rock out.

The band mostly had music to get the Horde faction on their feet, such as their winning song from last year, “We Are the Horde”. The faction line was drawn deeper as they played their newest single “War”, featuring OldMan Saxon and Isaac Lucas as representatives of the Alliance.

As the night came to a close, World of Warcraft developers took to the main stage. They raised a toast to thank their fans for keeping the game alive for the last ten years and a desire for many more to come.