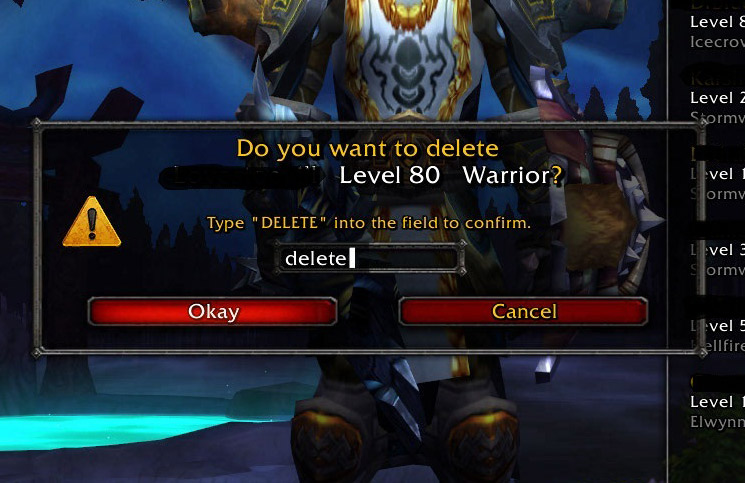 Restore your level 65 monk that you deleted in World of Warcraft?!

The Alpha for World of Warcraft: Warlords of Draenor has dataminers scavenging for the latest and greatest changes. Our friends over at Wowhead have been hard at work finding new achievements, pets, characters, and more for players. But one of the more exciting bits of information doesn’t come with a flashy image, but a string of code.

Recently, I had a friend have his account hacked and characters deleted. It’s always sad news when that happens. Luckily, Customer Service with Battle.Net are amazing people and were able to restore his account the way it was the last time he played. But to have his characters restored required that he contact them either by phone or with a ticket.

With these strings, Customer Service will no longer be called upon to bring back deleted characters much like when item restoration was placed in players’ hands. 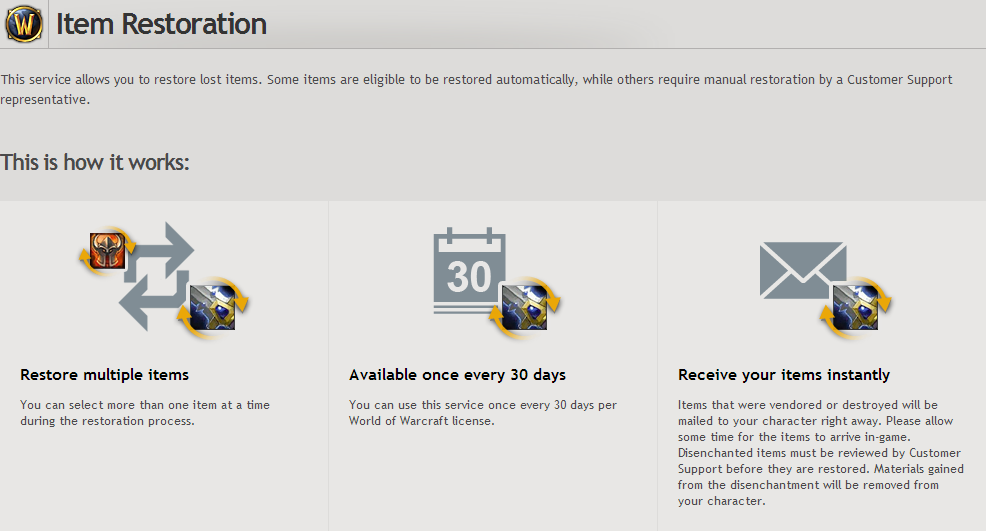 Since the Item Restoration feature is located on Battle.Net Support Website only and not in-game, I suspect that restoring deleted characters would also be only available on the site. But this string is found in the game client. Since character moving, renaming, and copying is all through Battle.Net, it seems a very safe assumption to make.