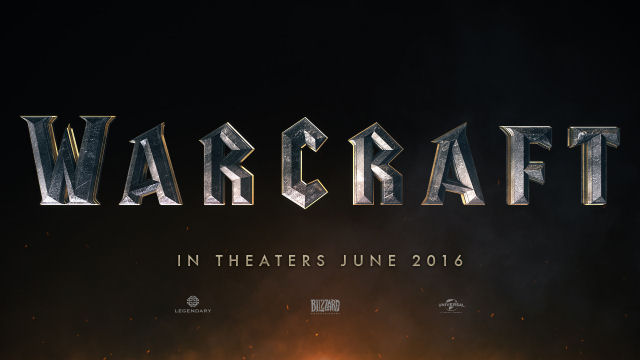 The Legendary media company is set to reveal the Warcraft Movie trailer July 9, 2015 at San Diego Comic-Con. The last few SDCC events have gotten a first glimpse into the upcoming World of Warcraft movie and this year is no different.

Already, the showcase floor is dominated by Horde and Alliance props and set. Fans can get a closer look at the final appearance of Orgrim Doomhammer wielding his mighty mace or at King Llane Wryne’s sword and lion shield.

The Warcraft Movie is finishing up its final round of edits. Director Duncan Jones said there are about 8 or 9 effects left to work on, one which is getting a big push for Legendary’s SDCC panel on July 10, 2015. But this may not be the end for him.

When asked if he would ever consider making two additional Warcraft Movie films by Paul Shirey at JoBlo, he didn’t shy away from answering:

I really hope that the audience is gonna be out there and is gonna come out and support this film. I would love to get to do another one. There’s 11 months between now and when this film comes out. I’m hoping to sneak in a little indie/sci-fi thing before this comes out…If we had the chance to do a trilogy and do three films, I think we know, in rough blocks, what this-what those three movies would be. It works as a standalone. It would absolutely lend itself to a continuing story for three films, because that’s how we kinda planned it out.

Partnered up with Google Cardboard, fans can experience flight on a gryphon’s back as they fly over Stormwind in the Warcraft Movie version. Legendary VR was available for anyone to download late, last night with Warcraft: The Skies of Azeroth.

Visit either Google Play of the iTunes Store to download onto a smartphone. Be aware that there is a separate download inside the Legendary VR app that is roughly .5gbs. Don’t have a smartphone? Watch the demo footage below.