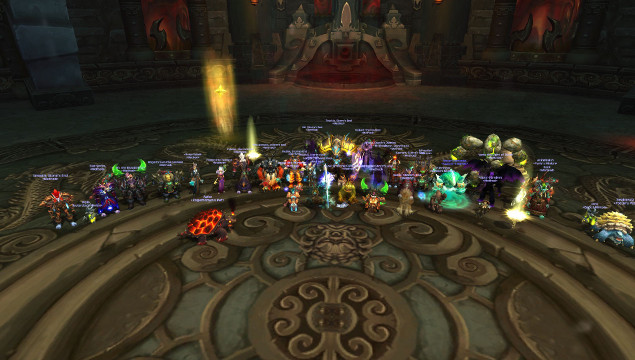 The race for World First Ra-Den kill is over! Method completes all of tier 15!

Yes, the race to World First in World of Warcraft has finally come to an end and the EU guild, Method, claims the victory in the Throne of Thunder! Now the players who stand behind 25-man as the true difficulty can rejoice, though we almost had a reminiscent scene from Tier 15 about the argument of Paragon’s 10-man and Method’s 25-man heroic kill of Sha of Fear.

For a time there, WoWProgress was showing Method with a 10-man raid size kill, which almost lead us down that same argument–which to me seems very irrelevant (no sense beating a dead horse on that topic). Hopefully, they didn’t decided to see if the Chinese guild 七 煌 bug had been fixed or not after the report. But it was a bit worrisome to see their kill claiming 10-man and a screenshot with 25 players. Reportedly, it’s a known WoWProgress bug. GG. But since then, the kill has been corrected to 25-man, though they have yet to ascend to the top of their charts as #1.

It seems the legendary metagems were a huge help with this particular kill! For example, a 30% haste buff with an uptime of around 30-40%! Sometimes it comes down to the number crunch to get ahead. And so with their second attempt, they were able to take the Titan out. Most impressive with 28 tries left!

A round of congrats to Method – EU for their World First 25-man kill. I can’t wait to hear the nerd screams of victory in the playback video and a run down of their experience in the Throne of Thunder! Good job and have a relaxing break! We’ll keep you posted for the kill video from Method.