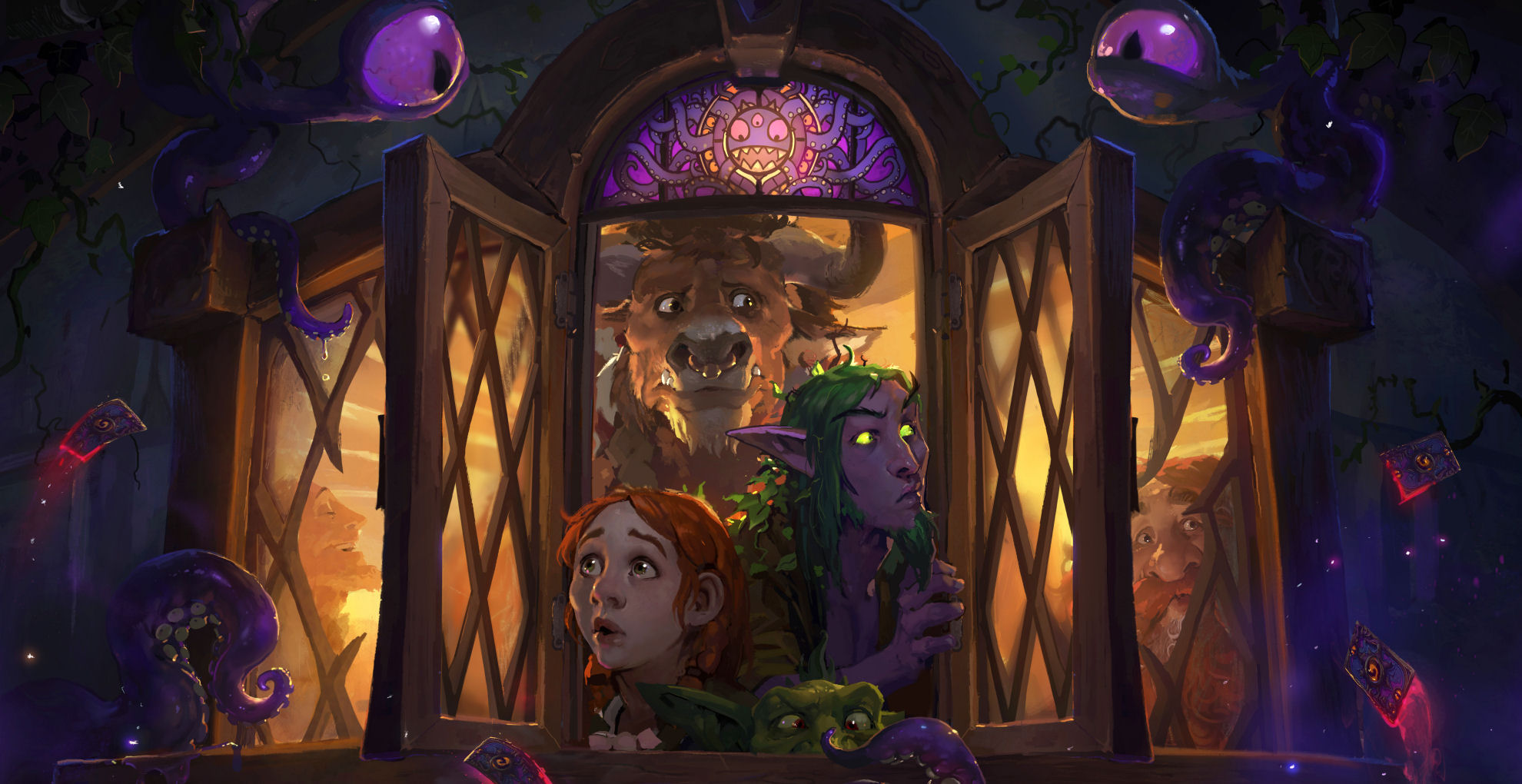 Gaze into the shadows and go mad from the new Hearthstone expansion, Whispers of the Old Gods.

Blizzard Entertainment has announced Whispers of the Old Gods as the next expansion for Hearthstone. These massive beings have slept deep within Azeroth and have now awoken to reek havoc through their corruption. Any who hear their whispers will be driven mad and seek out to destroy all who don’t follow the way of the Old Gods.

Whispers of the Old Gods is set to release around late April or early May by adding 134 new cards. Many will focus around the four new Legendary Old God Minion Cards: C’thun, N’Zoth, Yogg-Saron, and Y’Shaarj. Of the other new cards, some will be corrupted versions of previously existing cards while others will focus purely on powering up the respective Old God they worship.

Starting March 14, players will be able to pre-purchase a 50-pack bundle of Whispers of the Old Gods card packs for $49.99 (€44.99/‎£34.99) prior to the expansion’s release. With a pre-purchase, players will earn a terrifying new card back that will stare into the opponent’s souls.

Those who log in during the promotional period will also be rewarded with three Whispers of the Old God card packs. The first pack will guarantee the Legendary Old God, C’thun, to begin the corruption of deck creation.

New Secrets from the Shadows

Make sure to visit the official Whispers of the Old Gods site on March 21. Players can be part of the effort to reveal more about the Old Gods including new cards!