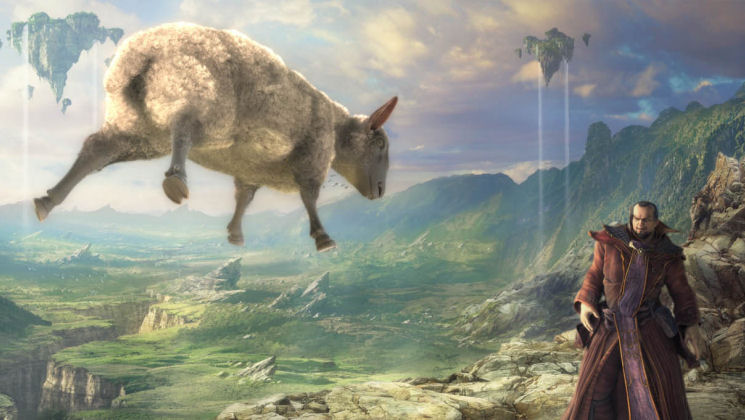 Did a World of Warcraft player find a new feature or a new bug?

It’s not often that a new bug or a hidden feature that shouldn’t be live is caught on video, but World of Warcraft player Alpok got really lucky. This poor Death Knight really didn’t have a clue what was coming when he found a new option in his Dungeon Finder when he tried to leave the Temple of the Jade Serpent into good old Strateholme.

As you are watching the video, you will noticed that he jumps right into the dead side of Strateholme like how most max leveled characters do when accomplishing the Lord Aurius Rivendare mount hunt (I need this mount still). Look closely at his health.Yes, you’re reading that correctly as 11.1k. This next part isn’t going to be pretty.

Imagine the shock at dying to simple level 40s and 50s. You can see him scrambling to make sense the moment his health blips that it is low and then surveying over his combat log. Everything hit for the usual amount, so the instance wasn’t set to challenge mode.

And when he zones back into the instance, his health has dropped even farther to 5.9k while he inspects his gear. All of his gear was somehow dropped to ilvl 43. He still has his ilvl 526, but his gear was in fact scaled down.

I know, it’s been a few months since the interview on Gamescom with Tom Chilton and Cory Stockton at the end of August, but a question was asked about the “cool idea to scale up old content”. This question was in fact asked by Twizzcast during Patch 5.2 The Thunder King (less than 4 minutes into the audio) about possibly scaling for older raids and possibly even dungeons to make it more attractive. The quote by Tom Chilton during the Gamescom goes into more detail on this idea.

That’s something that we did actively work on and certainly the technology is pretty well in place at this point. We were also hoping to get the dungeons to a point where they were scaling, however we didn’t actually end up coming up with a reward scheme that we felt fit correctly.

I think it’s important to remember that today, players can go back and do old content by soloing it and they usually do that to get the transmog gear, and I think if they were going to to go back and do it as a true 25-man raid of Black Temple, as an example, they’d would have to feel like they were getting something that was useful for it as well as transmog gear, and we still have to figure out what the right reward scheme for that is.

We don’t want it to compete with the new raid in terms of getting you the best possible gear, but at the same time, it has to be worth something. So that’s something we haven’t really resolved yet, so we won’t be seeing scaling raids until sometime in the future.

To me, it looks like this might have been something the development team might have been playing with and someone accidentally put it through the “okay” during PTR and it was never caught. Do you think this is the forgotten scaling feature or just a really crazy, yet cool, bug?