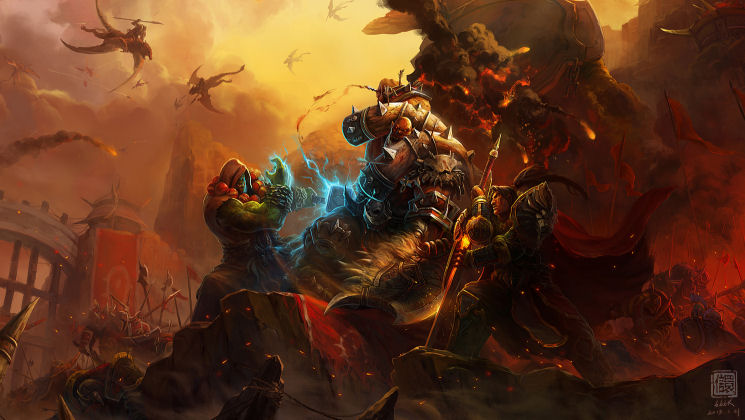 The next World of Warcraft novel by Christie Golden set to release next year!

Award-winning and seven-time New York Times bestselling author, Christie Golden, recently announced another novel to add to her list of World of Warcraft narratives. Christie recently took some time out for an interview where she spoke about the novel.

The brutal siege of Orgrimmar is over. Garrosh Hellscream, the most infamous orc on Azeroth, now sits in chains. His tyrannical leadership of the Horde has been ended by his many enemies, and he must answer for his crimes.

Renowned leaders from across the world gather in Pandaria to witness Garrosh’s trial. Visions of his past atrocities are presented in vivid detail for all to see. But as history is revisited, old grievances and bitter memories come back into the light, and those in attendance begin to wonder if anyone among them is truly innocent. Mounting tensions and rising enmity steer the court to the brink of chaos… as the world waits with bated breath for the verdict on the war crimes of Garrosh Hellscream.

According to the interview, this novel will have several very important characters from both factions present for this trail. All the faction leaders will be present to give witness to injuries dealt by Garrosh Hellscream. And though a courtroom scene for most could seem dull, writing has the benefit of transporting the reader to the very accounted moment. Not to mention having a few Bronze around to really share them.

Be sure to read Anne Stickney’s full interview over on WoW Insider. War Crimes is now available for pre-order on Amazon for the hardcover edition. Or you can pre-order the eBook for the Kindle or Nook edition. War Crimes is set to release June 3, 2014.