No Opt-In Invites and Server Issues 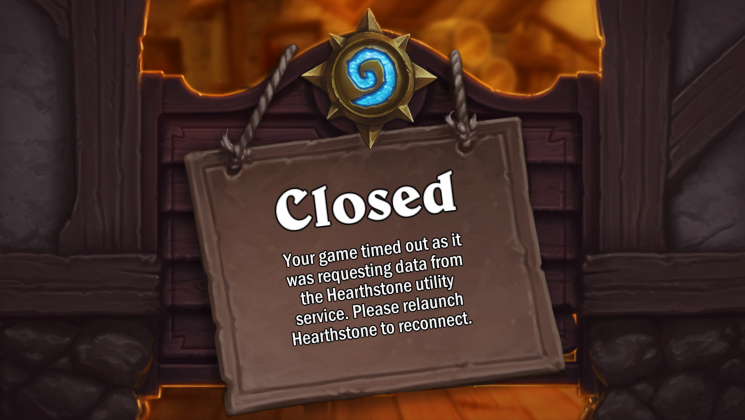 Hearthstone server issues, no fix in sight. Why no opt-in invites have been going out.

I might have jinxed the folks over at Hearthstone: Heroes of Warcraft by talking about how it seemed opt-in invites were going out almost daily since the patch went live. To the team at Hearthstone, I’m sorry! Sadly, the opt-ins stopped for the European region before the issue spread to the North American. But just what is going on?

Due to server complications with the Hearthstone EU closed beta, we will not be doing an EU opt-in wave today.

The server issues started on October 9 for the European region. There were stability “blips” that the team was very prompt to inform players. One of the leading causes was “Playful Sprites” who were wreaking havoc within Hearthstone. Thankfully, the issues were solved the following day thanks to the many reports.

We are aware of an issue where players in the NA closed beta are experiencing troubles logging on. We are currently looking into this issue.

Yes, issues started appearing for the North American region as well. Many players were having issues logging into the game itself. Because of these continued server complications, there were no opt-in invites sent out to either EU or NA on October 10th.

We will not be doing a Hearthstone opt-in wave for NA or EU regions today.

Unfortunately, it looks like the server issues aren’t quite at an end. With no invites for the last three days, it seems the Hearthstone team might have finally found the limitations to the new hardware. It was bound to happen and thus why the game is still in closed beta.

Hopefully, the team was be able to find a solution over the weekend. Remember that if you are experiencing any issues with Hearthstone (lack of access doesn’t count), make sure to report it to the official forums.